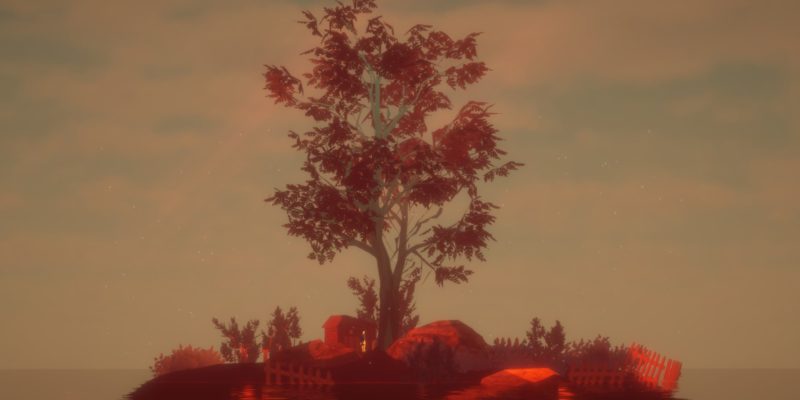 Visual novels are well known for their style of presentation. They typically have a handful of character drawings that are placed over static backgrounds, with occasional CGs to break things up. Necrobarista does things differently. Although it’s quite short, the story, characters, and dialogue are very strong and interesting, and they make it well worth checking out for anyone intrigued by its creative premise.

The cuppa from beyond

Necrobarista tells the story of an Australian cafe called The Terminal. It’s just like most other coffee shops you see all over, except for the fact that it happens to be in a spot where the wayward souls of the recently deceased end up. The cafe is run by Maddy, who handles the day-to-day of the place after being given control by the previous owner, Chay. Chay is still hanging around, though, lending a hand and cracking puns that don’t always go over well. There’s also a teenage girl named Ashley, who has a prosthetic metal arm, that often stays with them. She’s a genius inventor too. Oh, and Maddy and Chay are technically necromancers. And they put the souls of dead animals into little robots Ashley builds.

The cast is rounded out by Ned, a member of the Council of the Dead and longtime friend of Chay’s. Finally, there’s Kishan, a man who has just died and wandered into The Terminal before he even understands what has happened to him. The cast is vibrant, chatty, and rather entertaining. Necrobarista mostly focuses on the dynamics between these characters as they make huge decisions and come to grips with mistakes made long ago. It’s simultaneously funny, poignant, and sad. Exactly what you’d want from a visual novel about a coffee shop that has some ghosts in it. 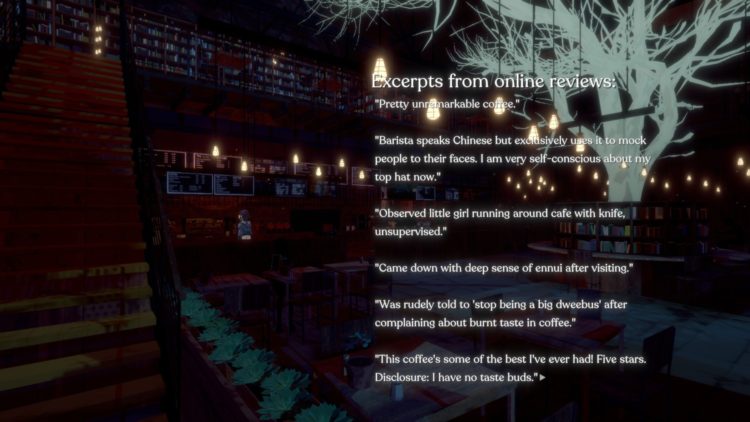 It never hurts to put fictional reviews in an actual review. This way you can review while you review.

Necrobarista is a short visual novel, though. If you stick to the game’s main story, it only takes about four hours to get through. However, it’s paced well and the length feels just right. Granted, you can massively extend the amount of time you spend on it by partaking in some purely text-based segments.

I said that Necrobarista doesn’t look like other visual novels and that really can’t be overstated. There are no character portraits, nor are there any rehashed animations. The presentation is much more akin to a motion comic, really. Everything is fully modeled in 3D, from the characters to the world they inhabit. When you click, the story moves forward, the dialogue is cycled, or the shot changes. There are plenty of animations as well. All of this gives it a very moody, cinematic quality that you won’t see in most similar titles.

Necrobarista is made up of ten chapters spread across two episodes, with most chapters taking about 20 minutes to get through. Each of these concludes with a conversation between Ashley’s three robots who have the distinction of being the only characters to make noise when text is on-screen. These sections are generally purely comedic by nature and are quite amusing. 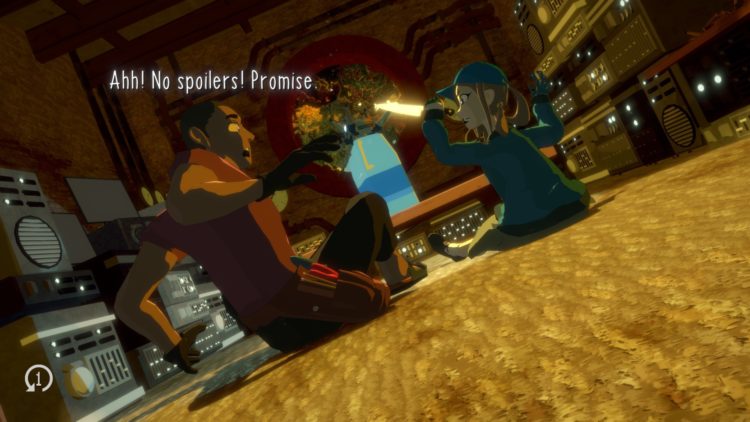 Ashley, much like the entire internet, is absolutely willing to stab people if they drop spoilers in her presence.

As for interactivity, though, the wrinkles on that front are fairly unique. During the chapters, certain words will be yellow. After the robo pow-wow, you then choose seven of these words, which gives you tokens that you can use to unlock the aforementioned text segments. Reading these are tied into the game’s most interactive feature.

Lost in The Terminal

Once a chapter concludes, or whenever you feel like it, you can explore all of Necrobarista’s spaces in first-person, which works exactly as it sounds. Being able to freely wander the place is certainly something that makes the world feel more lived-in. Scattered throughout the areas, you’ll find objects that you can highlight. These grant you access to the text segments, provided you have the tokens necessary. You very well might not, but finishing the story gives you as many as you need anyway.

These range from bits of conversation between the characters, different kinds of notes, or even some short stories that are only tangentially related to the rest of the story. Much like the chapters, these are enjoyable and well-written, even if I did find a fair amount of typos and formatting errors in what I read. One of my favorites is a fairly long short story describing a chance meeting between two professional billiards players, which was considerably more intriguing than I would have thought such a thing could be. 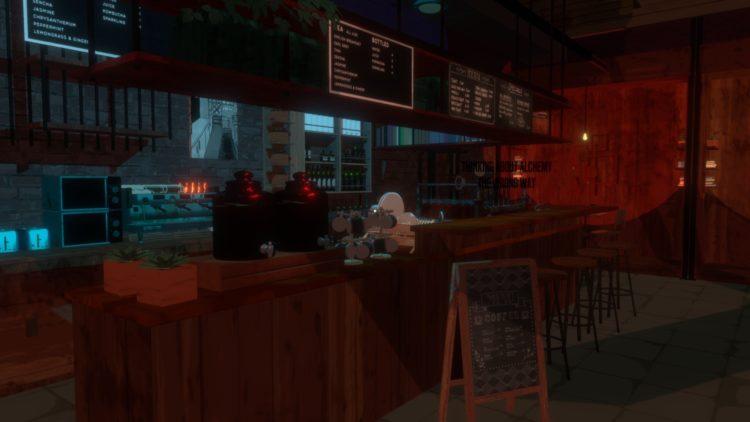 The Terminal is a chill place to hang out. Even if it’s oddly. . . dead.

Interestingly, a fair amount of the objects that provide these aren’t all that easy to find. You’ll need to look around and check all over the place if you want to find them all. And there are quite a few of them. They’re well worth searching out, though.

As far as performance goes, it’s a visual novel. The frame rate can be uncapped, and the game won’t let you switch to a higher resolution than what your desktop is set at. All of the character models are cel-shaded and rendered in an anime style that could have been clumsy with poor character designs. As it stands, though, I think Necrobarista looks just as good as it reads. Not the parts with the typos, though. I’m referring to the main story parts. You get what I mean.

Necrobarista won’t be everybody’s cuppa coffee, but its excellent presentation, strong writing, and likable cast of characters make it easy to recommend to fans of visual novels or motion comics. Or even fans of extremely Australian conversations. I may have found myself reading much of the dialogue out loud while doing my horribly inaccurate rendition of the accent. But while I’ll try and forget that, I certainly won’t be forgetting the story told here any time soon. 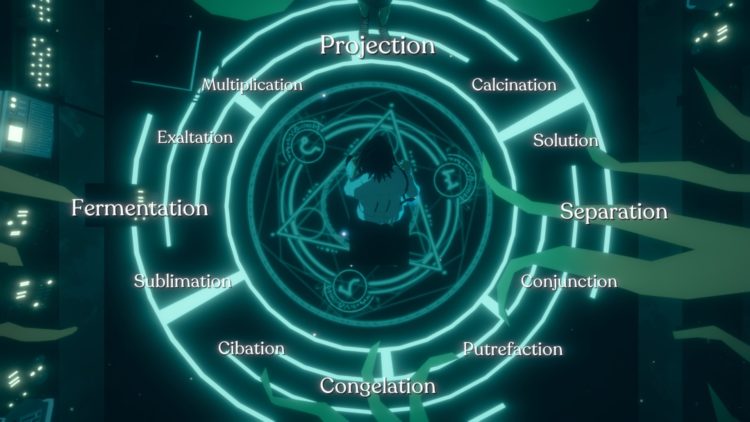 Those are certainly all words. I’m not sure what they have to do with this specific ritual, but what do I know? I’m no Necromancer. Sometimes dead is bettuh.

Necrobarista won't be everybody's cuppa coffee, but it's an excellent visual novel with strong writing and visuals.