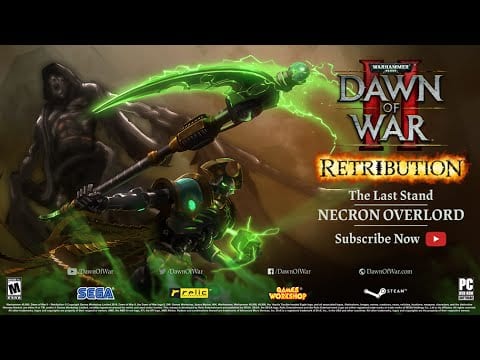 To mark the fifth anniversary of Dawn of War II: Retribution’s release, Relic will be adding a new DLC champion to the ‘Last Stand’ survival mode. Between 10-15 March, the Necron Overlord champion will be a free download.

Dawn of War II: Retribution will also be getting an update on 10 March, which will incorporate “new unlockable achievements and community-requested improvements to gameplay.”

The Necron Overlord can apparently be played as “both a long-ranged, fast-firing battlecruiser, or as an area-of-effect melee expert.” You’ll perhaps get some sense of that from the screenshots, below. There’s a video too, but sadly it’s not direct gameplay.

Gears of War: Ultimate Edition out on Windows 10, has AMD problems