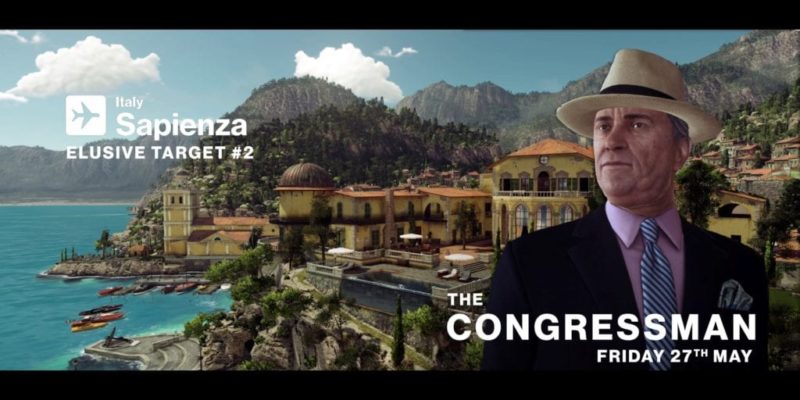 Players spent last Elusive Target disposing of Sergei Larin and the next HITMAN target will be dropping in on 27 May.

Agent 47  is back in Sapienza to bump off a new target which is the Congressman. This guy has picked a terrible time to be holidaying in the sun and once again players have a few days to find him and kill him. Once he’s gone that’s it.