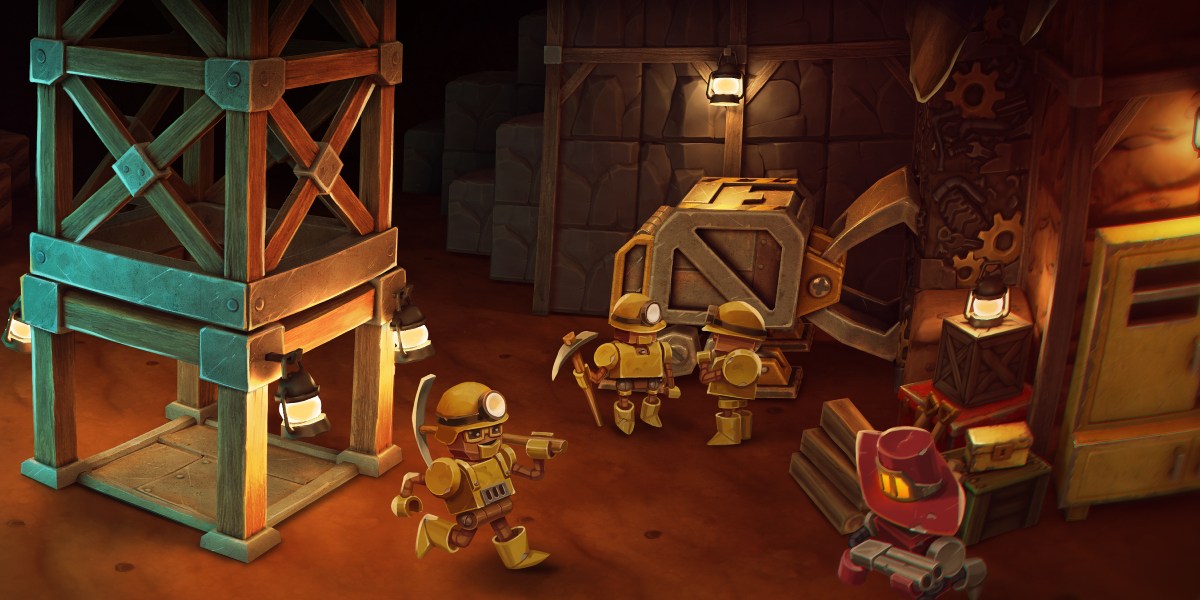 Thunderful Publishing’s SteamWorld franchise will return in 2023 with SteamWorld Build, the first fully-3D title in the SteamWorld series. One part SimCity, one part Dungeon Keeper, and one part SteamWorld Dig, the new title looks to retain the steampunk charm for which the series is celebrated while simultaneously taking it in a new direction. This is one of several SteamWorld games said to be in development, and the change in approach will be helmed by indie development outfit The Station, the first team to develop a game in the SteamWorld saga aside from Thunderful Development, which was previously known as Image & Form.

SteamWorld Build looks to be solidly split into two separate portions. One half of the game tasks players with transforming a backwater town into a bustling city. The other half deals with subterranean resource gathering and all the perils that come with it. In the past, the series has explored multiple genres, hopping from side-scrolling Metroidvania experiences to 2D tactical shooters to Slay The Spire-esque deckbuilders. That said, SteamWorld Build looks to be the most significant change in genre seen thus far.

SteamWorld Build is the next step for the franchise

“When The Station joined Thunderful in 2020 and told us that they wanted to make a city builder, we thought it offered a great opportunity for SteamWorld and Thunderful to move into another new genre” said Brjann Sigurgiersson, SteamWorld Universe and franchise director. “After losing plenty of hours to the amazing gameplay loop they’ve created between overground city-building and underground mining, I can tell you that I’m really proud of what they’ve managed to do with the SteamWorld universe.”

Thunderful Publishing has yet to announce an official release date for the upcoming game, though it is expected to debut at some point in 2023. Fans of the franchise eager to get a peek at what’s coming next can check out a demo available on the game’s Steam store page. In addition to PC, SteamWorld Build will also be coming to current and last-gen PlayStation and Xbox platforms, as well as the Nintendo Switch. Gamers who aren’t familiar with the SteamWorld games can also capitalize on the current series-wide sale commemorating the announcement of the new title.