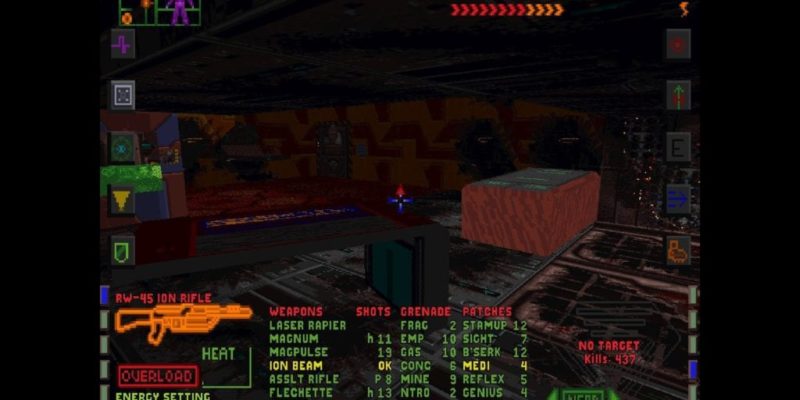 An intriguing bit of side-news that came out of Night Dive’s recent re-release of System Shock on GOG was that the studio now own the rights to the series. Does this, many wondered, mean a true System Shock 3 might be possible?

Perhaps, although Night Dive’s more immediate concerns are with a “full remake” of the original game. That’s according to a lengthy and rather excellent article about the studio famous for reviving older games (they rescued System Shock 2 from legal hell, and tried to do the same with No-One Lives Forever).

In the FastCompany piece linked above, Night Dive founder Stephen Kick confirms that he’s “working with Robert Waters, [System Shock’s] original concept artist, to reimagine his designs from the early 1990s” for a remake that goes “well beyond” the one they published a couple of months back.

It wouldn’t just be on PC either, as part of this plan involves console versions.

As far as System Shock 3 is concerned, Night Dive is said to be “having some conversations” about it, but would need far greater resources, time and commitment than their small set-up currently has available. It’s also not really in-line with what Night Dive have been doing of late; digging up classic games for revitalisation. Making one of their own would be a massive change to their business model.