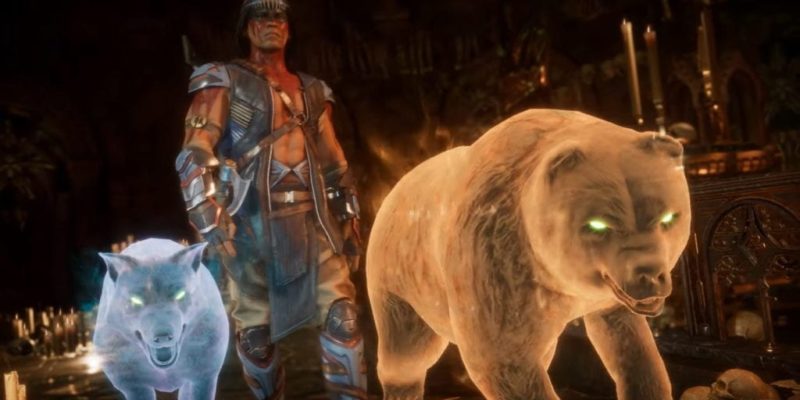 The second character of the Mortal Kombat 11 Kombat Pack has been shown off today. Nightwolf, the Native American shaman with a love of lightning, is coming in less than two weeks. And his gameplay reveal trailer shows that he’s come raring for a good fight.

I love how Nightwolf struts into the scene at the start of the video. Of course, if I were being flanked by a spiritual wolf and bear I’d damn well strut however and wherever I felt like. Nightwolf, naturally, has earned the right. He’s been a major character in the series since his debut in Mortal Kombat 3, where he used a bow and a tomahawk to shoot or chop his enemies to shreds. His return is a welcome one. Nightwolf played second fiddle in Mortal Kombat X, where he was mainly an unplayable background character.

Nightwolf returns in Mortal Kombat 11, and he’s brought his usual tech along with him. In the video, he’s armed once again with his tomahawk, which he uses with precision to give Kabal a few more scars.

When fighting Baraka, however, Nightwolf makes sure he stays out of range of those arm blades. Using a spiritual bow, Nightwolf fires off a bolt of lightning, turning Baraka into a dancing skeleton. He also has an ability to deflect projectiles back, which should make him trouble for zoner characters (of which there are many in MK 11). Nightwolf even has a teleport, because of course he has a teleport. I mean, what even is the neutral anyway? 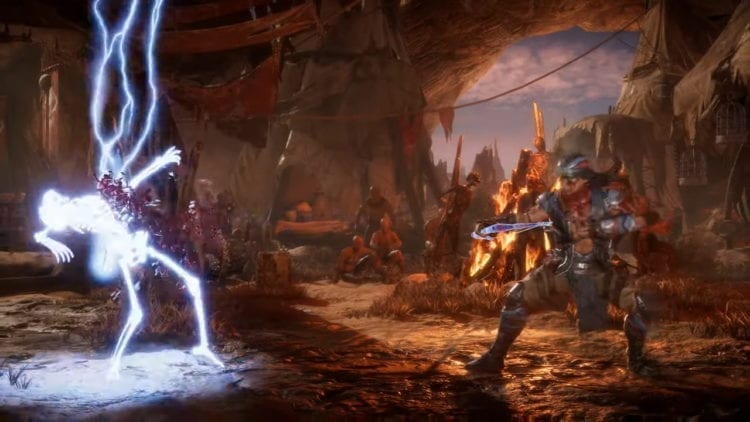 Nightwolf’s deadly blow combines his weaponry and power over nature into one. He fires three spectral arrows before leaping and burying his tomahawk in Kabal’s neck. With a hand reaching to the sky, Nightwolf summons lightning, turning the tomahawk hilt into a lightning rod. We also get another taste of the beautiful animations of this game, as the tomahawk gracefully flies back into Nightwolf’s hands.

His fatality isn’t the worst in the game, but it’s still nice and gross. Admittedly, I also found it worth a quick chuckle (because I’m a monster). Ripping the chest straight off Kabal, Nightwolf takes a few steps back and chucks the tomahawk, splitting the Black Dragon’s heart in two.

Additionally, more characters are set to be revealed soon. According to the Twitter reveal by NetherRealm boss Ed Boon, a Kombat Pack trailer is coming Aug. 21. If you’re looking to see Mortal Kombat 11 in action, be sure to tune into EVO, which begins tomorrow and will stream on Twitch.