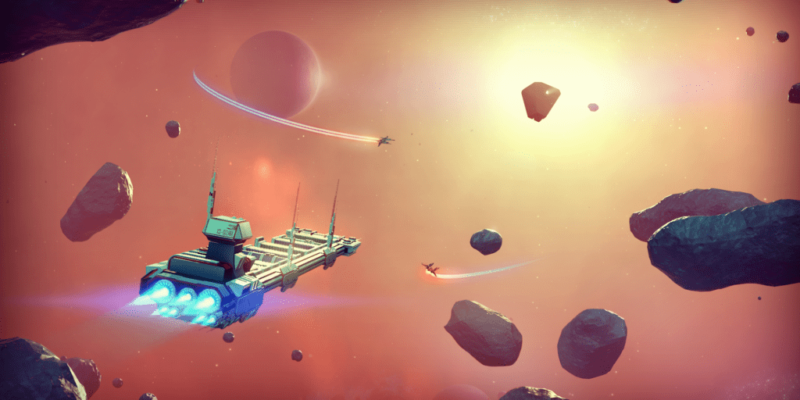 No Man’s Sky was supposed to release next month but was delayed earlier this week when Gamestop was asked to change promotional materials in store to “coming soon”.

Today the delay has been confirmed via the Playstation store which now has the game listed as a 9 August release date. There is also a blog update from Hello Games Sean Murphy which reads:

“The game really has come together, and it’s such an incredible relief. As we sit an play it now, and as I watch playtesters every day, I can finally let myself get excited. We’re actually doing this.

“However, as we approached our final deadlines, we realized that some key moments needed extra polish to bring them up to our standards. I have had to make the tough choice to delay the game for a few weeks to allow us to deliver something special.

“After a short delay, No Man’s Sky will launch in North America on August 9, in Europe August 10, and in the UK August 12.”

The wait continues for another space game.