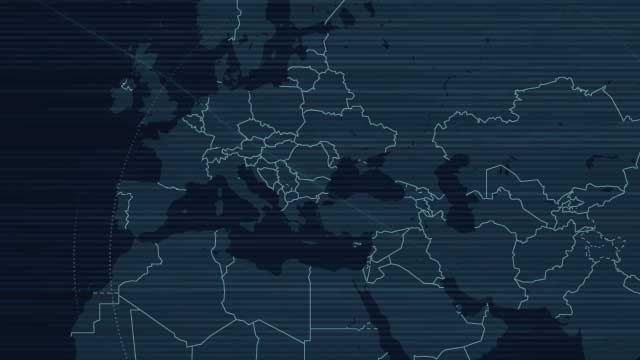 The No Man’s Sky community is fully engaged with the Waking Titan ARG and today something new happened.

On the www.project-wt.com page, a map has appeared with the words “calibration in process”. The map can be dragged around and there are four locked menu links at the edge of the screen. If you zoom into certain locations such as the UK there’s also some kind of red markers/text which looks like country names, but on some locations, they don’t look quite right. That’s just one of the sites, the other is the Waking Titan site which prompts for answers to something.

The Reddit thread is a good place to catch up with what’s been happening with the ARG since it launched in June. The thought is that version 1.3 will arrive in August following the release of this document which includes the words “Input from the Mercury Subroutine will pave the way towards new experiences in version 1.3” which we posted about a couple of weeks ago. What else could be planned as possible DLC still needs to be figured out and this ARG could hold all the answers.

Phase 2 had just got underway so if you’re keen to find out more see keep an eye on the ARG’s progress from today and the project-wt site.

Update: After some decoding wizardry the following image has been discovered. There’s a decent document now online outlining the full process that’s been taken to uncover the mystery so far