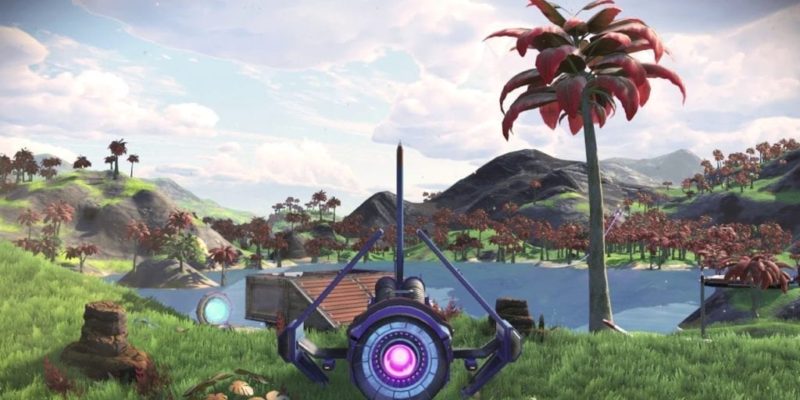 Someday, someone is going to write a great book about No Man’s Sky. The open-universe space sim captured the hearts, minds, and eventually, ire, of video game fans like nothing that came before it. With hardware capable of simulating a functionally infinite universe, many saw No Man’s Sky as a game of unlimited potential. But when it released, a vocal portion of consumers felt developer Hello Games failed to deliver on their promises. Now, nearly two years after its initial launch, No Man’s Sky NEXT aims to retool the game’s core experience.

Hello Games’ work on No Man’s Sky NEXT began last year. Following the original game’s launch and less-than-stellar reception, the studio went back to the drawing board. Hello Games wanted to add fan-requested features, retool its oblique storytelling, and generally improve every element of the game. Eventually, this led to four major content updates that improved everything from No Man’s Sky‘s main campaign, to the inclusion of base-building and in-game photo modes. NEXT, the game’s next major update is set to release on July 24.

NEXT, according to a post on No Man’s Sky‘s website, is “an incredibly important update for [Hello Games].” Its upcoming release represents a “step in the right direction” and reinforces the studio’s long-term dedication to supporting No Man’s Sky going forward.

Scanning over the new content coming to No Man’s Sky NEXT, it’s hard not to get excited at the inclusion of multiplayer. It’s also a bit of a sore spot for Hello Games. In 2016, No Man’s Sky players discovered that it was impossible to interact — or even see — other players in the game’s universe. This ran contrary to Hello Games’ previous statements about multiplayer, and the highly publicized snafu caused a very public backlash. 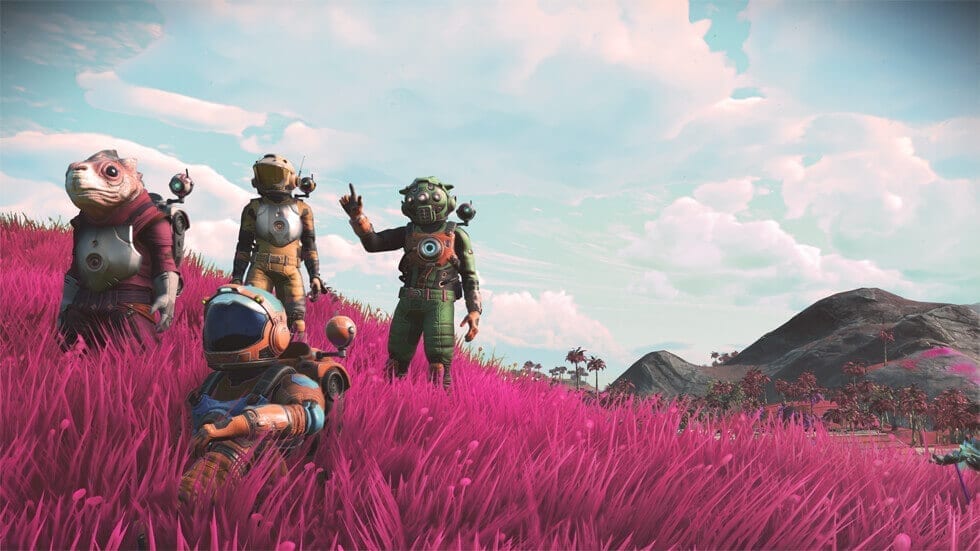 Get the gang together in No Man’s Sky NEXT.

Multiplayer, however, No Man’s Sky NEXT‘s biggest selling point. According to Hello Games, players can team up with their friends to explore the universe or roam around looking to cause trouble. A breakdown of multiplayer features, taken from the No Man’s Sky website, are as follows: 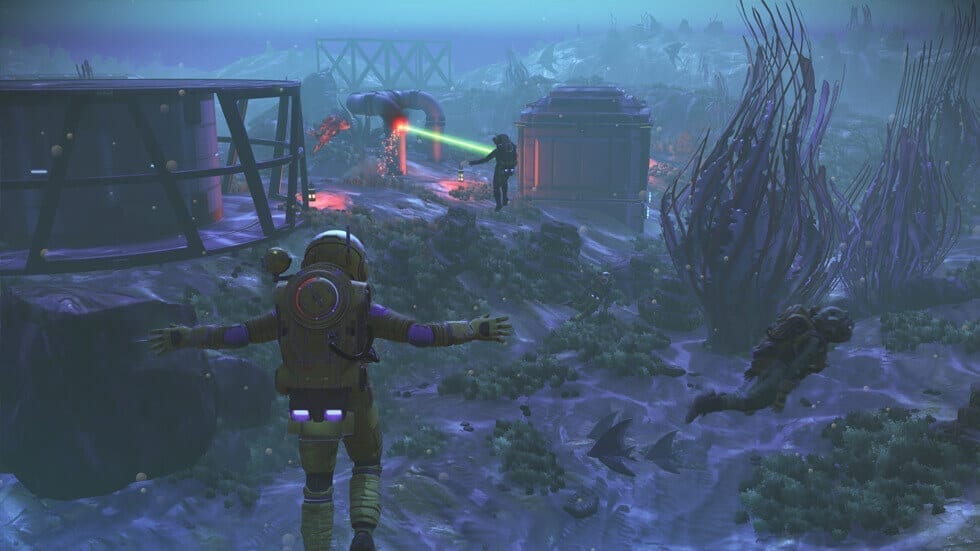 See the universe from a whole new perspective.

No Man’s Sky NEXT also gives the game a makeover. While the base game has a striking, retro-inspired sci-fi color palette, its repetitive assets and sparse planets quickly felt dull. NEXT launches with “significantly more detailed added to ships, NPCs, and buildings.” Also included in NEXT is the ability to play No Man’s Sky from a third-person perspective. Players can swap between first and third-person mode at any time during the game, whether in a ship or traveling by foot.

A full breakdown of NEXT‘s visual improvements are listed below: 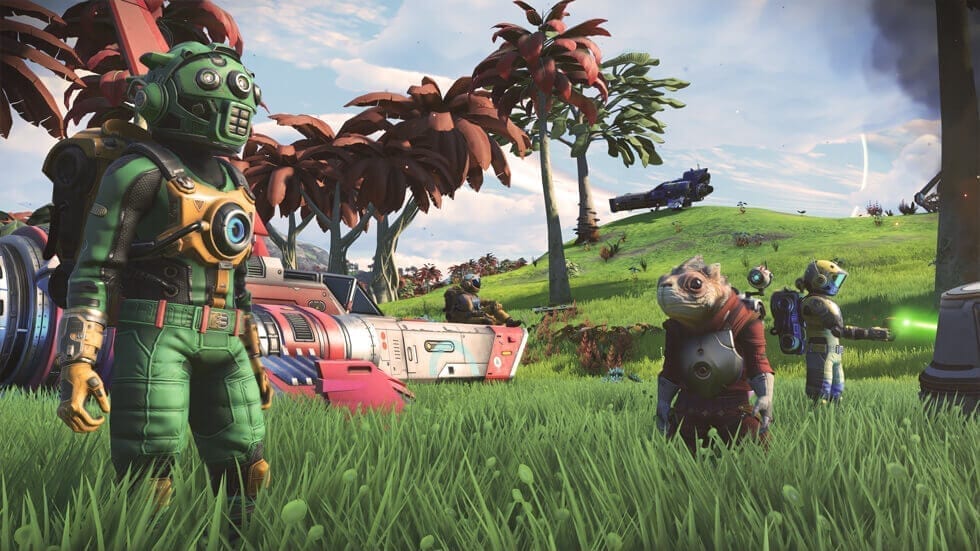 In addition to a new look and multiplayer features, No Man’s Sky NEXT also includes “unlimited base building” and massive “command freighters.” While the base building system debuted in the Atlas Rising update, its NEXT iteration allows bases to be placed anywhere on a planet, introduces new parts, and allows for more complex designs.

Finally, there are the Command Freighters. Another feature included in past updates that’s getting reworked in NEXT, player-owned freighters are now fully customizable. Players can also use their ship to command a fleet of frigates, sending them on resource runs or exploratory missions.

According to Hello Games, the freighters are integral to the multiplayer experience. Players can invite friends onto their frigate and launch multiplayer missions together.

No Man’s Sky NEXT, like the updates before it, sounds like a significant step in the right direction. The decision to include multiplayer will undoubtedly reinvigorate a fractured player base, and the updates various quality of life improvements will likely please hardcore players. If NEXT represents a year’s worth of work, here’s hoping it pays off for Hello Games.

Xenonauts 2 kickstarter concludes with almost 400% of funding goal, on track for 2018 release