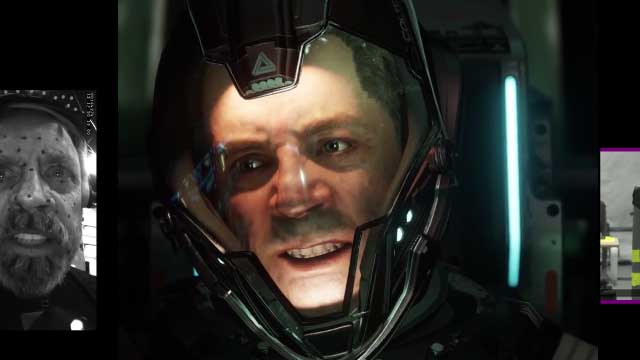 Backers of Star Citizen will be eagerly awaiting tomorrow’s main event with Chris Roberts although nobody is quite sure what they will show.

What we do know is that the single player Squadron 42 which is now long overdue is not going to be shown. Chris Roberts says that all the chapters are still being worked on and he declined to give any more details on when we’ll see more. It’s been a long time since we saw any real footage from Squadron 42 which is the one aspect of Star Citizen that may just get completed even if it has been delayed. We have some faith in Erin Roberts being able to produce the goods.

CIG is going for a movie quality experience with Squadron 42 according to Chris Roberts who spent some time Gamestar at Gamescom. For those concerned about feature creep, or whether the game will ever be finished he also added, “The time we stop adding stuff and making the game better, is the point where the game dies as an online game”. He has a point but there’s really not much of a game at the moment, it’s certainly a far cry from what we expected five years into the project.

Regarding tomorrow’s event, Roberts said that what they will show is “pretty cool” but again it also sounds like another scripted demo carefully put together and choreographed like last year.

We’ll be following tomorrow’s event closely and will have a full report as the event airs live on Twitch.

The full interview can be seen below:

Shooter Ghost in the Shell: Stand Alone Complex shutting down