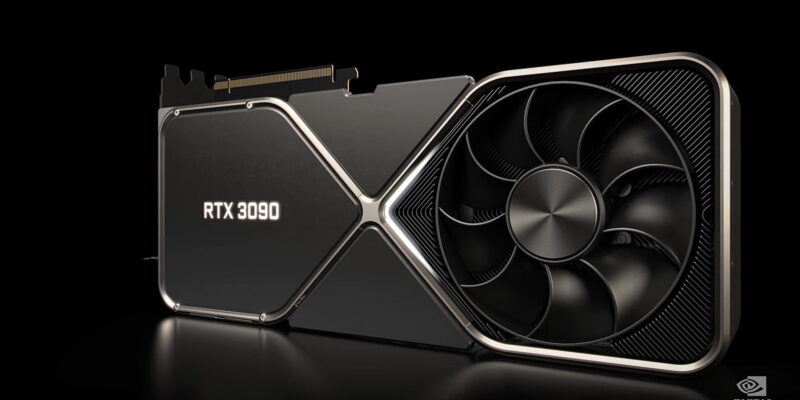 Nvidia’s newest prospective entry to its GPU lineup is shaping up to be its most powerful yet. According to a new rumor, the Nvidia RTX 3090 Ti will pack some serious performance thanks to superfast memory. With such a buff in place, this graphics card is one that’s sure to catch the eyes of gamers everywhere, or at least those who can afford it, anyway. After just vague details being thrown around the rumor mill for some time, some new information is finally here.

According to Twitter user Uniko’s Hardware, the RTX 3090 Ti will feature Micron’s ‘MT61K512M32KPA-21U’ chips. These chips run at very fast clock speeds and also feature double the storage capacity of what’s currently on the RTX 3090. These Micron chips can transfer data at 21 Gbps, which is incredibly fast. Especially in comparison to the memory speed of the standard RTX 3090, which was 19.5 Gbps. At first glance, it may not seem like a massive jump in speed, but it really is. Especially in comparison to the small jump from the RTX 3080 to the RTX 3090 (19 Gbps & 19.5 Gbps, respectively).

The Nvidia RTX 3090 Ti’s performance is going to come at a few costs. The first thing to note is that, due to the speed of the card, the GPU is certainly going to reach higher temperatures than that of the RTX 3090. Which isn’t really a surprise, but it’s something worth pointing out. Cooling solutions will need to be even larger and more efficient in order to stay away from those higher temperatures. The RTX 3090 infamously had problems with thermals when it first arrived on the scene, after all. Unfortunately, it seems that many of those issues could potentially return with this latest iteration. Another thing to note is that the card is alleged to have a TDP of 450W. That’s massive step-up from the 3090’s already large power consumption of 350-360W.

This is made even more interesting when the recent rumor of the 4000 Series is taken into account. Nvidia may be using this upgrade of the 3090 to soften the blow of the 4000 Series’ equally power hungry TDPs. An upgraded PSU may be in order for some builds out there. 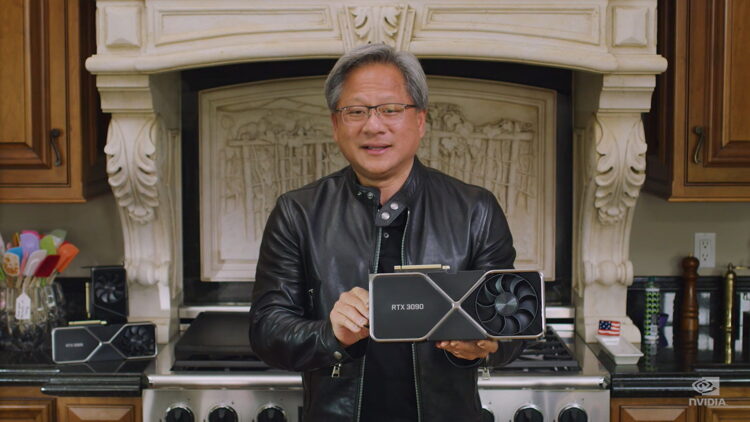 When should you expect to see the RTX 3090 Ti and teases for its gaming performance?

So now the question is: when can we expect to actually see this new GPU? Nvidia is expected to unveil the RTX 3090 Ti in January 2022. Alongside the release of the RTX 3070 Ti 16 GB. Nothing is set in stone, but this seems to be the date that everything points to as of now. Mark your calendars, but be prepared to wait for a bit. It very likely will be difficult to snatch one of these behemoths up come release. Just as it was for the release of the RTX 3090 earlier this year. Seeing as how this new graphics card will be even more powerful than all of Nvidia’s existing GPU lineup so far, it’s very likely that scalpers could swoop in.

It’s going to be a tantalizing wait as January draws closer, that’s for sure. Hopefully everything goes to plan, and we see this new card officially introduced come January.