Nvidia has released a new Game Ready driver just ahead of the 1080 Ti’s arrival tomorrow.

As well as supporting the new GPU, which they claim is 35% faster than the GTX 1080, it comes with DX12 performance improvements of around 15% across the following five games. 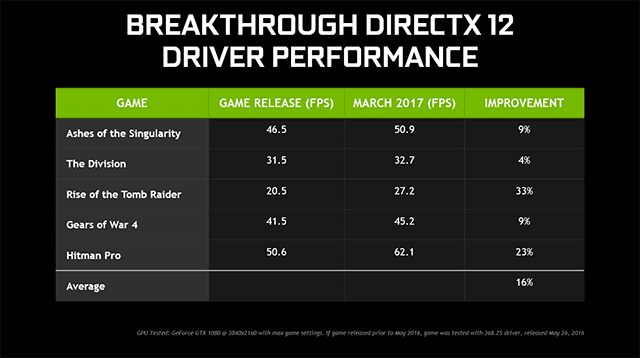 This new driver has also been released for Ghost Recon: Wildlands and it’s worth grabbing anyway to keep everything up to date on your system. The new drivers can be picked up on the GeForce site or through the GeForce Experience.

There will probably be another driver release when Mass Effect: Andromeda hits so watch out for those too.