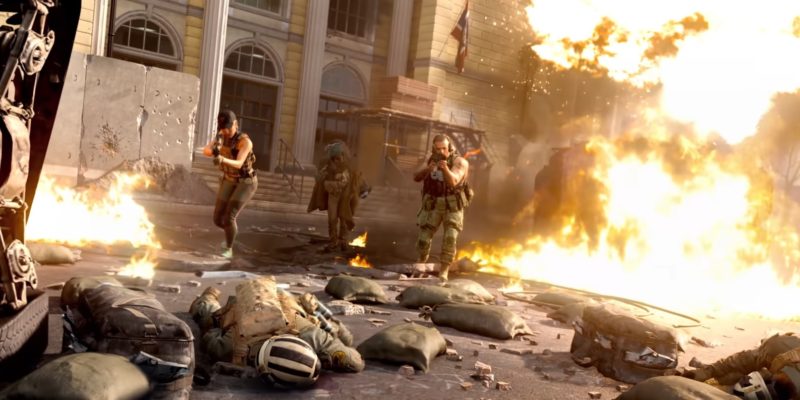 The long-rumored 150-player battle royale game Call of Duty: Warzone is finally out. To coincide with its launch, Nvidia has published its usual Game Ready drivers and also provided a detailed system requirements sheet. The spec details range from the basic minimum required to run the game to the usual ultra settings. But this time around, the GPU giant has also included a competitive setting line-up for those who want to tackle Call of Duty: Warzone as an esports game. These settings sit right between the recommended tier and the top-notch ultra settings. 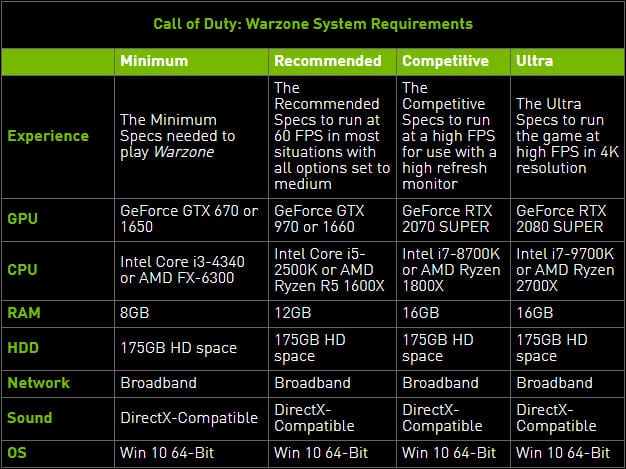 Nvidia claims that its RTX line-up along with its Game Ready driver can push Call of Duty: Warzone to 144+ FPS. Although, there’s no clarification on which RTX card is required for such results. With that in mind, it is expected that this frame rate will be reserved for the ultra and possibly competitive tier. The competitive specs require an RTX 2070 Super, while the ultra tier asks for an RTX 2080 Super.

Additionally, for those who love to record and show off their greatest moments, Nvidia has got you covered. Within its PC requirements announcement, Nvidia stated Call of Duty: Warzone will support Nvidia Highlights. This feature allows automatic recording of your top kills and highlights of the match. Later on, these recordings can be edited within Nvidia Highlights and uploaded to YouTube and social media.

What do you need to run Call of Duty: Warzone on your PC with an Nvidia GPU?

If you’re interested in running the game, here’s what you need: Your rig must at least have a GTX 670 or a 1650 and an Intel Core i3-4340 or an AMD FX-6300. As usual for current-gen games, Warzone requires a minimum of 8 GB of RAM. As well, just like all modern Call of Duty titles, Warzone installation will require a beefy amount of disk space: 175 GB of disk space.