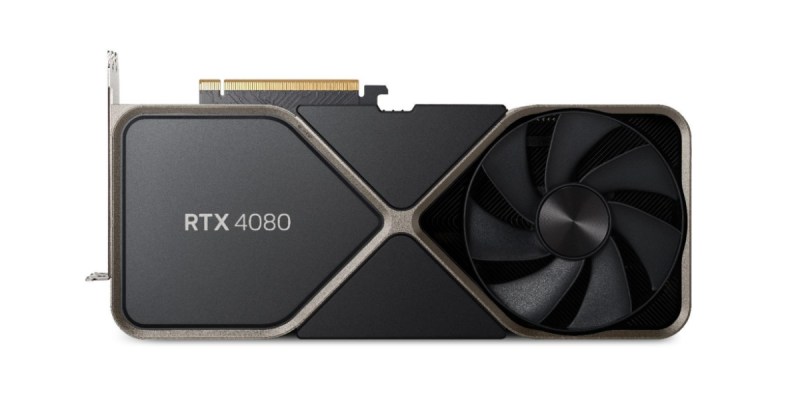 It’s admittedly been a long wait since the RTX 40 Series reveal back in September, and there’s been perhaps far too much speculation floating about since. There’s a lot to like about our gaming results for this review of Nvidia’s RTX 4080 Founder Edition graphics card, and plenty to discuss about its features. Perhaps best of all, there’s plenty to set straight about the gaming experience you’ll get out of this $1,199 USD graphics card.

Reviews for the RTX 4090 are of course already out, and a few things are already clear about the RTX 40 Series. The performance is pretty beastly, particularly in the ray tracing department. The RTX 4080 continues this trend, and the most accurate description to give it is an “ultra high-end graphics card.”

Defining what exactly that means in 2022 is a different story than before, though. Nvidia launched the RTX 30 Series in 2020, and it was overwhelmingly popular because the top cards managed high refresh 1440p ultra gaming with some degree of ray tracing. It feels like the same feeling once again, however, this time it’s with 4K gaming.

Considering all that the RTX 4080 is capable of, you might start to understand why Nvidia went big on its asking price this gen. This graphics card can easily keep you happily gaming for a very long time, and there is value in longevity. However, $1,199+ USD is a lot to stomach, so the goal of this RTX 4080 review is to help you decide if you want or even need this much performance for today’s games. Like all reviews at PC Invasion, this goes in depth from a more common-use standpoint to see just how it performs from a gaming perspective.

The design of the RTX 30 Series was well received by audiences for the sleek looks, quality cooler designs, and impressive build quality. It’s not surprising to see Nvidia brought the design back for the RTX 40 Series along with some enhancements. Just like the RTX 4090, the RTX 4080 features larger fans, a massive heatsink, and a vapor chamber for the direct GPU contact to keep thermals in check. Aesthetically speaking, the RTX 40 Series Founders Edition models share the same black and silver metal frame. The side reads “GeForce RTX” in white LEDs. There’s also a programmable RGB LED accent on the top. Overall, it’s a high-quality product to behold. Moving on to the cooler design, it’s a carefully engineered piece of kit. As noted, it’s a bulky card compared to the RTX 3080 despite the similar 320W power consumption specification. It does yield a quiet operating graphics card though thanks to the flowthrough design. The fan on the top right extracts heat from the cooler, while the fan on the bottom left pushes fresh air in and out of the case.

The fan design has also been updated for this latest generation. The two fans on the RTX 4080 Founders Edition are larger with just seven blades on each fan, as opposed to nine on the RTX 30 Series. According to Nvidia, the change in fan design improves airflow by 15% while decreasing operating noise.

Within the card, the RTX 4080 packs 9,728 CUDA Cores, 304 4th-generation Tensor Cores, 76 3rd-generation RT Cores, a 256-bit bus, and 716.8 GB/s of bandwidth. Those specs may not seem relatively impressive compared to the RTX 3080, but the RTX 4080 blows the prior gen out of the water in several other metrics. For starters, the game clock speed is up nearly 800MHz to 2,505MHz. Other spec improvements include 16GBs of 23Gbps GDDR6X memory, 65.5MB of L2 cache, and 38.4% more transistors. No matter how you break down the TFLOP metrics, it’s much further ahead there as well.

Regarding ports, Nvidia’s RTX 4080 Founders Edition comes with three DisplayPort 1.4a outputs and a single HDMI 2.1 output. Despite the fact that DisplayPort 2.0 monitors still aren’t readily available for the public just yet, it’s still surprising that Nvidia decided not to include DisplayPort 2.0 outputs on the card. Now that AMD has revealed its Radeon RX 7000 Series with DisplayPort 2.1 outputs, the 40 Series is already behind the competition in that regard. We’ll touch on the significance of this again later.

Don’t let any specific spec throw you off too much. What matters is the end performance, which is very impressive if you’re intrigued by the idea of legitimate high-refresh 4K gaming with high settings and ray tracing. That’s miles ahead of the latest consoles, and something even we PC gamers could only dream of a few years ago. That’s what this card is all about, while shaving off a little from that steep $1,599 USD RTX 4090 pricing. Our test system consists of a high airflow case, with all fans and the liquid cooler running on the iCUE “Balanced” profiles to produce realistic performance benchmarks for average users. We ran Windows 11 2H22 along with the most recent BIOS and drivers available for the configuration. All components were within stock parameters but were configured for maximum performance. Data was captured using Nvidia’s FrameView tool and Riva Statistics Tuner which is bundled with MSI Afterburner.

Reviewing something as powerful and as expensive as an RTX 4080 certainly warrants a powerful gaming system to support it. You’ll definitely want to make considerations about what hardware you pair it with, or how you’ll need to upgrade your system after getting an RTX 4080 to deal with performance bottleneck issues.

We tested on a high-end system aside from the DDR5 4800 kit. Nvidia recommends pairing the RTX 4080 with DDR5, though faster DDR5 DRAM will provide the best performance. Our results shouldn’t vary too much from DDR4 3200 if you’re still using that.

This review includes a variety of benchmarks across eight different games. Some tests were with DLSS 3 enabled, while other benchmarks were with DLSS 2 or traditional rendering. Each section is clearly labeled and the test conditions are detailed as well.

Nvidia delivers an excellent quality product that checks all the boxes for a premium high refresh gaming experience, even in 4K with ray tracing. Not everyone needs RTX 4080 levels of performance though, and that price is something else.