In September, Nvidia CEO Jensen Huang took the stage once again to showcase the reveal of the company’s next generation of consumer GPUs. The promise behind the Nvidia RTX 40 Series is a massive performance uplift over the already powerful RTX 30 Series, with the RTX 4090 being the latest ultimate graphics card available. This review of the RTX 4090 Founders Edition assesses Nvidia’s claims and lays out everything you need to know.

The RTX 3090 and RTX 3070 are still excellent graphics cards for gaming, but Nvidia’s new RTX 4090 does enough to put those cards in the rearview mirror. At a starting price of $1,599 USD, however, it is a major ask for even the most dedicated PC enthusiast. If you are one of those who are seriously interested in purchasing one of the newest GPUs, you’ll certainly want to know what you’re getting. Is the 4K performance worth it? What about DLSS 3, which is exclusive to the RTX 40 Series?

Like all reviews at PC Invasion, this goes in depth from a more common-use standpoint to see just how it performs from a gaming perspective. For a productivity review, stay tuned for a future article focused solely on what Nvidia has on offer for those who want to create content and more aside from just gaming. 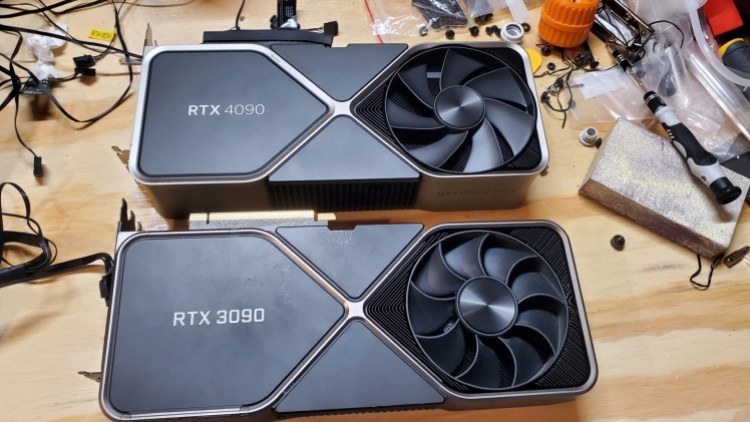 The fan design has also been updated for this latest generation. Fans on the RTX 4090 Founders Edition are larger with just seven blades on each fan, as opposed to nine on the RTX 3090. The fan sizes in general are 115mm on both the front and rear. According to Nvidia, the change in fan size improves airflow by 20%. As you’ll find out later in this review in more detail, the RTX 4090 definitely seems to live up to that claim.

Regarding ports, it comes with three DisplayPort 1.4a outputs and a single HDMI 2.1 output. Despite the fact that DisplayPort 2.0 monitors still aren’t readily available for the public just yet, it’s still surprising that Nvidia decided not to include DisplayPort 2.0 outputs on the card. It comes across as narrow-minded when thinking about the costumer, as many will likely be holding on to this card for years after purchase.

Where the two cards remain similar is when it comes to memory. Both feature 24GB of GDDR6X video memory (VRAM), a 384-bit memory interface, 1,008 GB/s memory bandwidth, and a base total graphics power (TGP) of 450 watts. However, the RTX 4090 memory runs at 21Gbps compared to the 19.5Gbps of its predecessor.

When it comes to reviewing something like the latest graphics cards, it helps to have a well-performing PC to make sure the numbers are accurate. It also helps to keep things realistic for those reading this review and using it to help make the right decisions. That’s why transparency is key so you know exactly what you’re getting should you decide to drop the money on this card for your build.

For this review, we are using the following build:

There will be a time in the future when we test the RTX 4090 on the newer AMD or Intel processors with DDR5 memory, but DDR5 is still not worth the price for the relatively small performance uplift. Thus, it makes more sense to review the RTX 4090 Founders Edition on a build with more commonly used hardware which is still considered a high-end machine.

As far as the results you’ll see, this review focuses on 4K and 1440p performance for the most part. The reasoning for this is out of practicality. Let’s be real, if you’re thinking about purchasing an RTX 4090 graphics card, 1080p gaming is not what you’re interested in or even aiming for.

We tested eight games. Some tests were with DLSS 3 enabled thanks to early builds made available to us, while other benchmarks are without DLSS altogether. The goal is to give you a clear picture of what to expect performance-wise, no matter the game and graphics features available. To capture the information you’ll see, Nvidia’s FrameView app was used to capture framerates alongside GPU temperatures and voltage in every game.

In the box, the Nvidia RTX 4090 Founders Edition comes with the card itself, a small instruction manual, and a x4 split PCIe 8-pin to single 12VHPWR 16-pin adapter. To install the card itself, you only need to use three of the four included 8-pin plugs on the adapter.

If you don’t want to use the included adapter in favor of a cleaner cable run, some power supply providers have new cables available for existing PSUs. Corsair provided one to us for the purpose of this review, which is rated up to 600W. These cables provide enough power to the GPU for regular and overclocking use and reduce the amount of cable clutter in general. This is definitely something you’ll want to consider, because an adapter will make the inside of your case look like a cluttered mess. 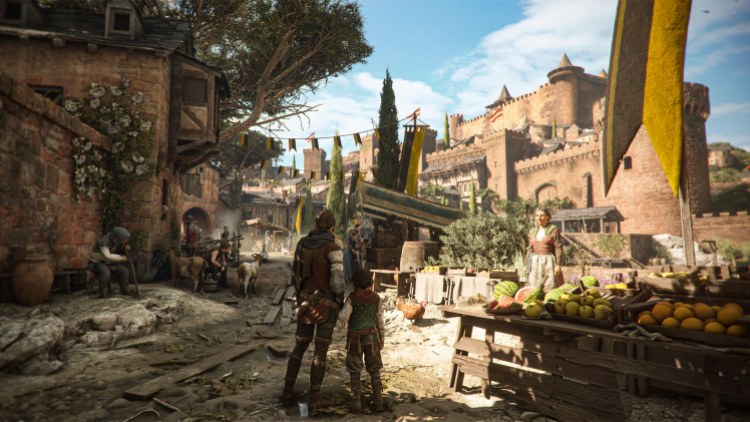 The largest power consumption when gaming came from playing A Plague Tale: Requiem.

Of course, one of the biggest concerns for many with the Nvidia RTX 4090 is power consumption. Nvidia itself recommends an 850W PSU for the Founders Edition due to the 450W spec of the card. As previously mentioned, we used a 1,000W PSU and found no issues when running games on maximum settings for testing. Based on our benchmarking, the max power used by the card itself was 410W when in A Plague Tale: Requiem. Overall, the numbers were pretty respectable with an average wattage of 282.5W.

If you decide you want to overclock this card, then power consumption may become an issue. Not only will you have to use the fourth 8-pin connection on the included adapter, but you’ll also need something larger than a 1,000W PSU to deal with transient power spikes exceeding 450W. If I were to make a recommendation, those who want to overclock should have no less than a 1,200W PSU to ensure system stability from a power delivery standpoint. For non-overclocking users, I’d say a 1,000W PSU is the safest option to reach the performance you’d expect. We have some PSU recommendations here if you plan to upgrade your power delivery to support this graphics card.

Another concern for many was the temperature this GPU would run at. After hours of use, let’s put that to rest. Provided you have proper cooling and aren’t trying to cram an RTX 4090 into a case it really shouldn’t be in, there will be no issues. The average temperature of the card during testing was 62.3° C. The reasonable temperatures also kept the card fans from spinning too high, thus keeping the overall volume down as well. 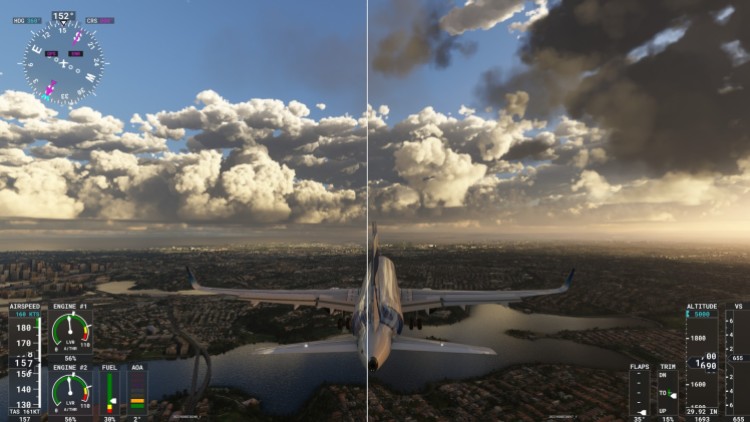 A look at Microsoft Flight Simulator with RTX Off (Left) and RTX On (Right). Click to enlarge.

A truly great graphics card that vastly improves gaming performance across the board, but the high price is unfortunate as inventory problems improve.

How to build the best Call of Duty: Vanguard Lienna 57 class