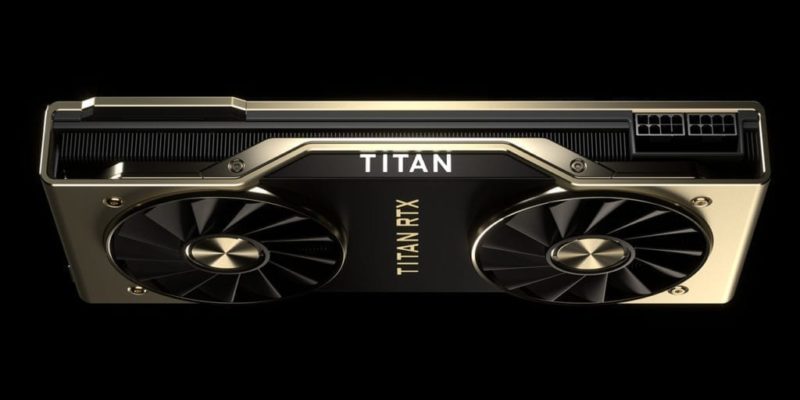 We all knew that ray tracing would be a hot feature in gaming. Likewise, a lot of folks thought that the new Nvidia RTX cards, most especially the GTX 2080 Ti, would be a fairly high-end GPU for quite some time. Then, of course, a few leaks popped up here and there teasing the Nvidia Titan RTX. That means the GTX 2080 Ti will have to move over because there’s a new king in town.

Here are the full specs from the official website:

Compare the above to the RTX 2080 Ti Founder’s Edition specs and you’ll see quite a difference:

Based on the above, if you thought the RTX 2080 Ti was already a beast, then perhaps the Titan RTX is the monster that swallows it whole. If you thought ray tracing might be causing some issues for games such as Battlefield V then perhaps the Titan RTX would be the one to wow your senses. There’s a feeling that it could be a potential gamechanger especially for 8k gaming and video editing. Then again, it also seems more suitable for scientific research owing to computing and rendering speeds.

Performance benchmarks are to follow suit when the Nvidia Titan RTX GPU releases later this month. Just like any monster, you can expect it to swallow your savings whole. The Nvidia RTX 2080 Ti Founder’s Edition already sets you back by $1,199. As for the Titan RTX, it’s more than double that price at $2,499! So yes, it will be a very pricey and very top-of-the-line investment. At least it’s cheaper than the Quadro RTX series.

Overkill’s The Walking Dead Cannot Save Starbreeze Studios From Restructuring