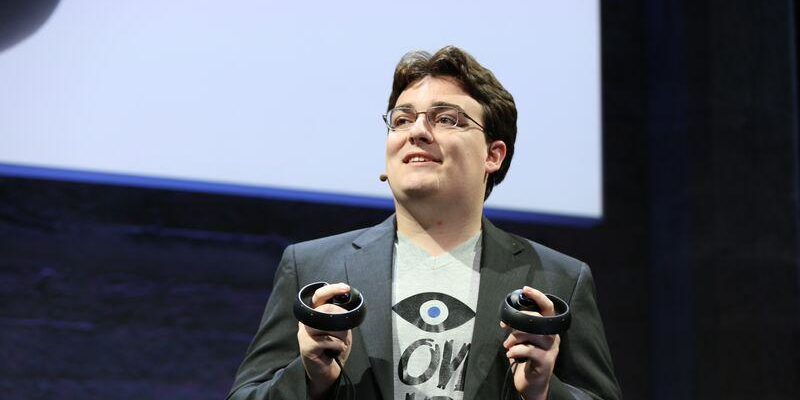 One of the enduring question marks over the Oculus Rift has been the lack of a controller device, but during today’s live conference they addressed this issue in a couple of ways. First, it was revealed that the Rift will ship with a wireless Xbox One controller.

That’s not all though, because they also showed (but, sadly, did not actively demo) the Oculus Touch, their prototype handheld motion controller. The Touch features haptic feedback and six degrees of movement with tracking. Though it didn’t happen today, these controllers will be demoed at E3 next week.

The controllers are held in each hand and as you can see from the shot there’s an array of sensors around the ring.

As for how the consumer release of the Rift looks? Somewhat like this. 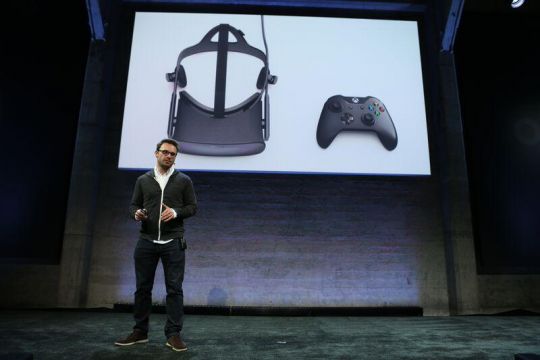 It’s a little more robust looking than the DK2 version, but how comfortable it is on an actual person’s face remains to be seen. As you can also see, removable headphones have been added. We’ve seen these in previous protoype shots.

Features of the headset can be watched in this presentation which was streamed live.

The Rift is small (and presumably light) enough to be held in one hand and comes with a camera on a stand to track the LED markers on the headset. This replaces the web-cam like device that sits on top of a monitor with the Dk2. 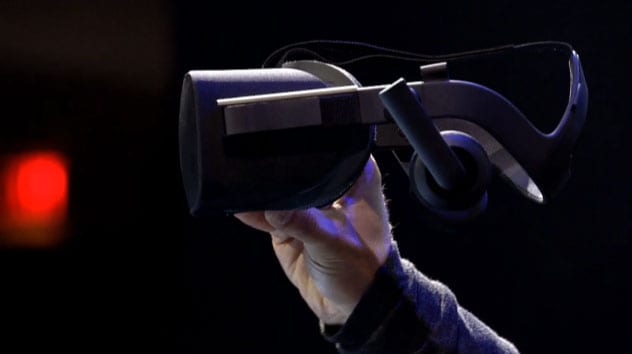 Pre-orders for the Touch will launch alongside the Rift pre-orders, which is a little disappointing because it would be a lot more beneficial to bundle the Touch as part of the deal instead of an Xbox One controller.

Oculus is looking to get as many developers on board as they can and have committed $1o million to supporting independent games.

A video has also been released asking gamers to “step into the rift” which comes with some rather random game footage from numerous titles. Actually playing these games in a Rift will be a challenge unless you’ve bought into other peripherals such as the Omni or Cyberith treadmills. Going full VR in 2016 seems like it will be an expensive hobby.

Speaking of which, there was no price announcement on the Rift today.