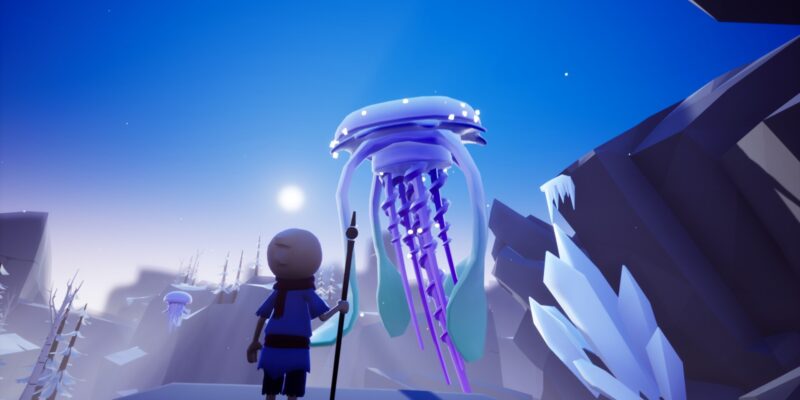 There’s something to be said about low-stakes gaming experiences. While having threats and clear goals typically are the right choice for player motivation, there’s nothing wrong with a game that’s more interested in having you kick back and take a load off, Annie. Omno was made by a single person, but it doesn’t look or feel like it. The game isn’t all that complicated and will only last most players around three-to-four hours, but it also doesn’t overstay its welcome, as it feels like it’s exactly as long as it needs to be. The visuals are simple yet lovely, the controls are accurate, and the world is captivating. These elements make it a game worth getting lost in for a spell.

Omno places players in the shoes of a little dude that looks like he’s got an onion for a head. He doesn’t, though. He’s joined by a green critter and the two of them make their way through a set of areas, finding lore to read along the way. I didn’t actually read most of those, though. I probably should have, but I just didn’t feel like it. Don’t look at me like that! The little dude’s goal is to make it all the way to a place to escape from the world he’s currently inhabiting. I think.

The game’s structure is based on navigating a pair of areas in most of the chapters. Once you find yourself in an area, you’ll want to track down a platform and meditate on it, which will tell you where to find a set of three white orb collectibles. Upon finding a third, a beacon will light up, allowing you to solve that area’s puzzle and proceed onward. As such, Omno is very simple. Each area has more than three white orbs, plus lore to find, and animals to identify, which increase that area’s total percentage. The only reasons to do aim for 100% is for achievements, or simply because you want to explore. I didn’t 100% the game, but I typically found everything in an area save for one or two things. 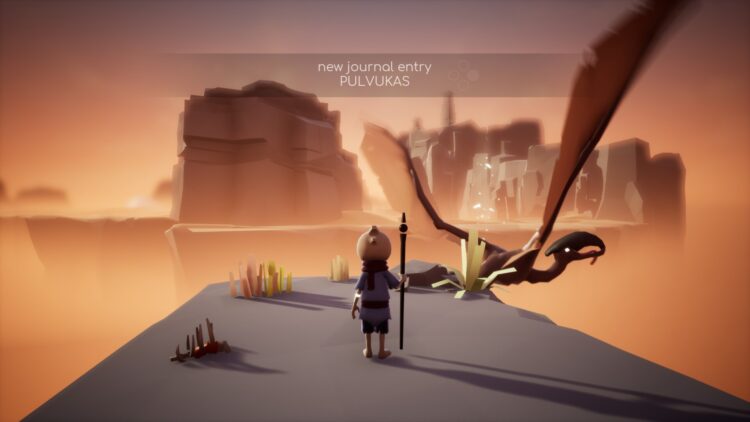 Not all of the chapters have two areas where you have to find orbs, but most of them do. As for your character’s abilities, at first, he can just run, jump, use his staff to glean info on his surroundings, and interact with plants and animals to obtain white energy dots. He can also interact with panels that activate a mechanism. Once he obtains enough dots, he’ll move extra fast for a few seconds before returning to normal. Whenever you collect dots after that, he speeds up again as long as you’re full up. The only thing you need these dots for is to get a specific white orb in each area that requires you to supply it with energy.

As Omno progresses, you can new abilities. Your character can dash forward on the ground or in mid-air, surf on his staff, warp to warp pads, and glide. Using these abilities will allow you to collect orbs and solve the game’s puzzles. None of the puzzles are difficult, although you may need to think for a few seconds here and there. They’re quite enjoyable, though.

There’s a good amount of variance to them as well. Whether you’re using warps to move through gates as quickly as you can, or pushing blocks to obstruct a beam, there’s always something new to see. The abilities also make you much more mobile. At first, the areas in Omno are small. As the game progresses, they get larger and larger. They’re also populated by some very alien-feeling animals, many of which are creative and strange. 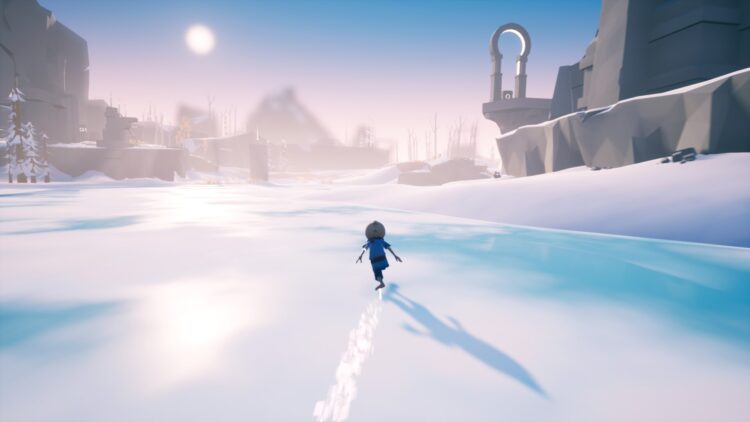 The different areas in Omno definitely fit typical biome themes, though. There are greener places that are dense with vegetation. There’s the desert area. The snowy area. The last area has a lot of floating islands and gusts of wind to ride. The game’s visuals are built out of simple polygons, though. Despite this, they’re quite peaceful and lovely in addition to being fun to move around in. The entire game just feels cozy. There’s no danger, either. Your character can’t attack anything and they have no health bar, so the game can be calmly played at whatever pace.

At the start and middle of most areas, you’ll get to the main areas via connecting ones. Once you get the surf ability, you’ll mostly be riding your staff through these. The vast majority of the game is a collect-a-thon, though. Omno runs in Unreal 4 and it’s easy to get over 100 fps due to the simplicity of the graphical features. I did have a single crash, though, which required a restart as it caused my graphics drivers to repeatedly time out until I restarted my PC. There’s also no way to turn the music down or off, which might bother some people.

As for negatives, Omno doesn’t have many. Obviously, there’s its short length, but its other features are going to come down to personal preference, as everything about the game is well-made. I will say that I did find myself getting a bit bored after a while due to the lack of any sort of push forward. The structure of reaching a new area just to collect more orbs also got repetitive kind of quickly, but the game is so short that it’s hard to take too much umbrage with it. Regardless, I think children will especially enjoy themselves. There isn’t much in the way of replay value or additional features, either, save for a time trial mode that lets you surf down the snowy mountain again, but that only takes about a minute. 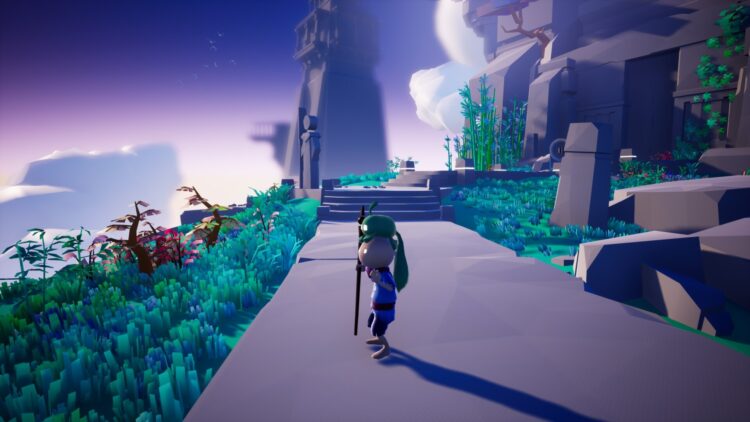 Omno is upfront about the sort of game it is. It’s a calm, peaceful journey through a lovely, docile world. It’s impressive that a single person was able to put it together, and it’s hard to walk away anything less than charmed after playing it. It’s very short and I nearly 100%’d it in less than four hours, but it’s long enough anyway. Fans of meditative experiences and pretty, serene game worlds will get the most enjoyment out of Omno. Especially if they like seeing weird animals drop white dots for no reason.

Serene and pleasant, but short and uncomplicated, Omno has a lot of sights worth seeing.

By Martynas Klimas8 hours ago
Reviews