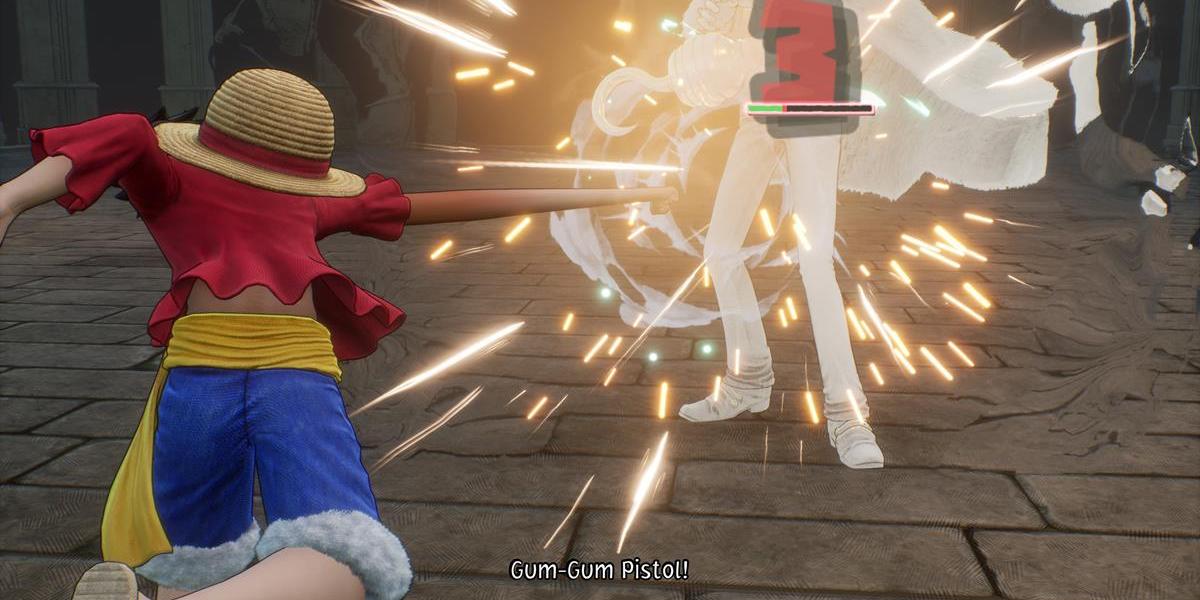 One Piece Odyssey has a lot of wrinkles in its battle system. Although you may have expected a very basic, familiar system to be in place, the game actually does something different that can take a bit of getting used to. You’ll need to understand weaknesses, areas, buffs, and attack ranges to make the most of the game’s combat, so this guide will break down everything you need to know to get Luffy one step closer to becoming King of the Pirates. Or at least getting off Waford in. . . one piece. Yeah, yeah, boo if you want.

Power characters are resistant to power attacks but not as resistant to them as technique characters are. This means that you want to carefully organize your party so that you take advantage of your enemies. By default, you technically have three characters of each type (although you will only have all three power members for most of the game, as the third speed and technique characters don’t show up until much later). Let’s say you’re in a boss battle against a speed character, such as Rob Lucci. You want your power characters – Luffy, Sanji, and Chopper – to be hitting him and taking his hits, as that will maximize your damage potential while keeping your crew from taking huge amounts of damage from him. 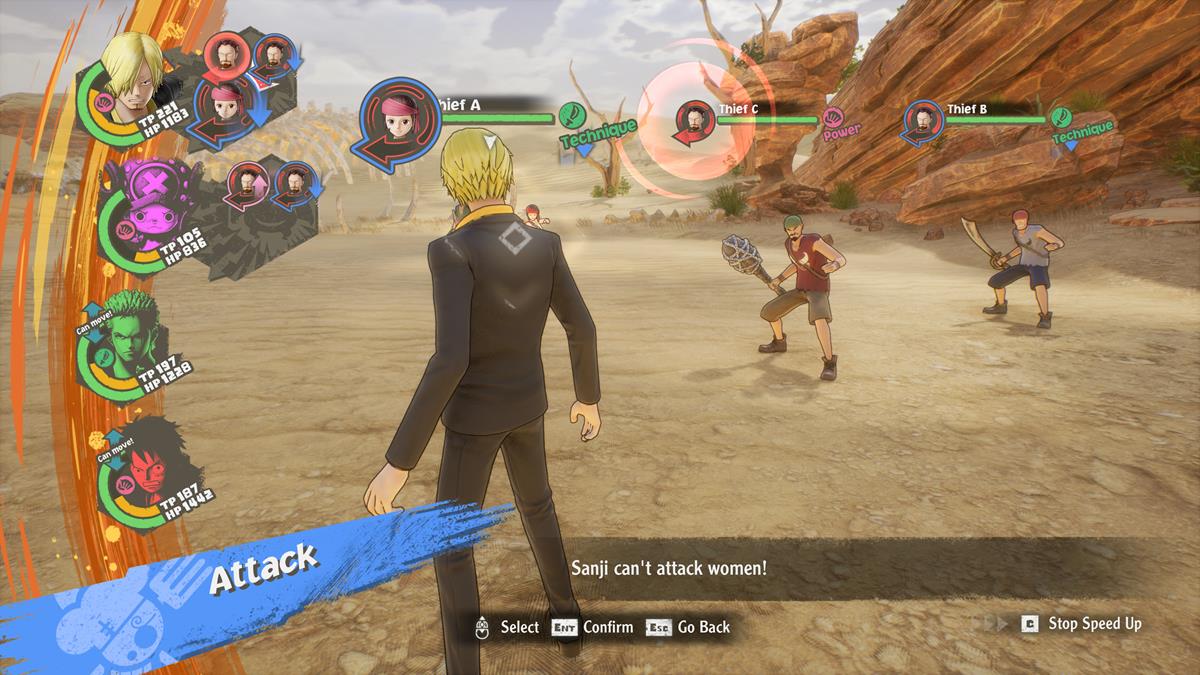 The battle system of One Piece Odyssey

Now that you understand how weaknesses work, next, we’ll tackle areas. Battles in One Piece Odyssey are split into four sections where your characters and enemies are placed at random. If your character is in the same area as an enemy, they can’t leave that area until that enemy is either defeated or if you use a special kind of move I’ll get to in a bit. You can only move to a different area by choosing to use a close-range attack on an enemy within it.

But characters also have long-range attacks. For instance, Luffy’s Gum Gum Pistol is a cheap, effective long-range strike. Long-ranged strikes are unique in that they don’t change your character’s position, so they can be used to hit any enemy on the field at any time. Characters have default attacks and abilities they can use. Default attacks can be used no matter what, although almost all of them are close-range. Not all of them, though. For instance, Usopp’s default attack is long-range. Landing a regular attack will grant a character a certain amount of TP.

Abilities use this TP, so you’ll have to mix and match regular attacks and abilities. If you max out a character’s TP capacity, they’ll gain a stat boost for as long as it’s full. Some abilities can hit all enemies in an area. There are even ones (such as Nami’s Thunderbolt Tempo) that can hit everything onscreen. Regular attacks tend to do less damage than abilities, but not always, as it can depend on the enemy you’re facing. For boss battles, you’ll typically want to move all the opposite-type characters to the boss area. Since you have four characters on the field in combat, that means that one character won’t have a strong resistance to the boss, which can get you in trouble. Unlike most turn-based RPGs, One Piece Odyssey‘s battle system lets you freely swap your characters around as long as they haven’t used their turn. Any crew members that you have benched can be swapped onto the field for one of your active members. You can also swap active members freely. Let’s say you’ve got Zoro and Sanji on the field. Zoro, a technique type, is facing a speed enemy that he won’t do much damage against. Sanji is facing a power type that he won’t be super effective against. If you swap the two of them, they’ll be able to do much higher damage to their enemies.

As you swap characters in and out and use various abilities, certain things will charge the bond gauge. This goes up to level 10 and can either be used to let characters that are locked into an area by foes switch areas, or you can use it for super attacks that require you to have three or four specific members on your team. These attacks vary from being used against a single enemy to all enemies at once. For boss battles, it’s a good idea to save your bond gauge until it’s at least level nine and then hit the boss with three super attacks, which will severely deplete their health bar. You can make Trick Balls in camp, which can reduce an enemy’s attack, defense, or buff your characters. It’s a good idea to keep some of these on hand for tough fights. Finally, you can use Luffy’s observation Haki to spot enemies in the field that have experience bonus options. If you clear an objective in the fight, you can earn a huge amount of extra experience. Boss battles will often require you to beat the boss with a certain character, which will double your experience. That’s really all you need to know about the battle system in One Piece Odyssey. As long as you keep all of this in mind, you’ll be able to smash your way out of most situations, so keep your eyes on the prize. Make sure to check out our review of the game if you haven’t already.

How to get pre-order outfits in One Piece Odyssey