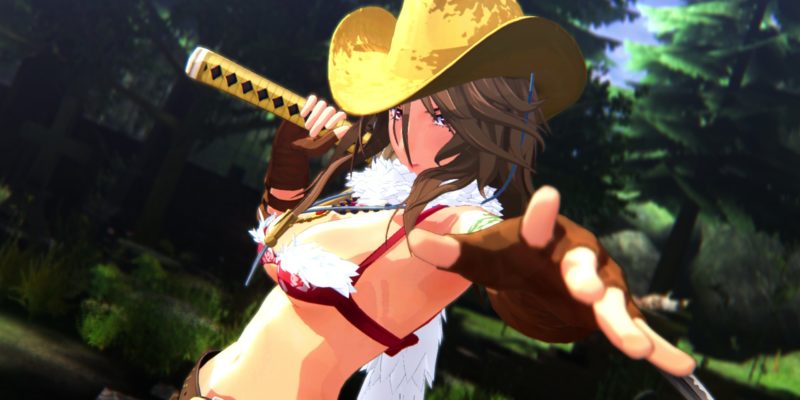 Onee Chanbara ORIGIN isn’t exactly the most complicated hack-and-slash game, but it does have more depth than one might assume. I’m going to break down the game’s mechanics and explain the options at your disposal while you’re hacking your way through the mindless hordes. As a warning, this is going to focus on Aya and Saki, as you’ll need to be more than completely aware of the mechanics to be able to unlock Lei later on. Well, let’s get stunning!

The basic combo in Onee Chanbara ORIGIN is one you’re going to use a lot, naturally. Even more so than most action games, as characters in OCO don’t have many combos at all. Aya and Saki each have two weapons with their own differences. Aya has the option to use one or two swords. The most meaningful gameplay difference between the two aforementioned options, is that while Aya carries just a single sword she can throw shurikens from her left hand. This means that she can throw them at enemies from a distance. Saki, on the other hand, has a very different second weapon, which is a pair of gloves that she puts on to punch zombies to pieces with her fists.

The characters get more button presses added to their combos as they level up, but the basics remain the same. Leveling up lets you put points into HP, attack, and defense. And, to begin with, you’ll want to focus on either the first two or the latter two choices. You’ve got your totally basic combo that’s just pressing the main attack button over and over again. Or you can press the stun button followed by chaining the attack button, which allows for a second combo. There are also leg-sweep combos and air combos to use. In order to make these more useful, you’ll want to practice Cool Combinations. These require carefully timed button presses and come out noticeably faster than the regular ones, which can significantly increase your DPS over time. These are tricky to get down, though, but there’s a ring you can wear that makes it easier.

But when dealing with regular enemies in Onee Chanbara ORIGIN, you’re not going to want to focus on any of that at all. The most efficient way to deal with them is to throw Aya’s shurikens at a crowd. Alternatively, you can get up close and personal and use the standard stun attacks. The shurikens have a three-hit combo, though, and will get an enemy’s stun meter filled up fairly quickly. 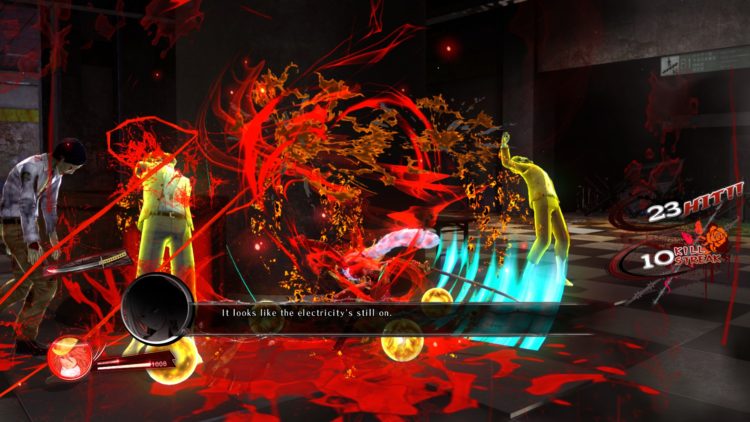 If you marry me, would you parry me?

Once an enemy is stunned, pressing the jump and attack buttons simultaneously while near them will trigger a super special move that will take care of them in short order. When dealing with normal foes, you’ll once again want to use Aya for this, as her special attack can hit enemies in a wide radius and often kills them in one hit. She does this by swinging her sword in a wide arc. Additionally, any enemies who get hit by this attack will also get stunned, which will allow you to easily clear out a crowd. However, stronger enemies can withstand several of Aya’s special attacks.

This is where Saki comes into play. Saki’s special attack in Onee Chanbara ORIGIN only directly hits a single enemy by suplexing them. But it does enough damage to kill pretty much anything — even soldiers and the giant, fat zombies. You can still use it to stun surrounding enemies, though, but only if you suplex an enemy into the ground right next to where they’re standing. Using both characters in tandem is simply the fastest way of dealing with strong enemies. You simply wait until they’re near a weaker enemy, have Aya stun the weak one with shurikens, and then super them, which will stun the strong enemy. Then switch to Saki and have her one-shot them. Easy peasy. 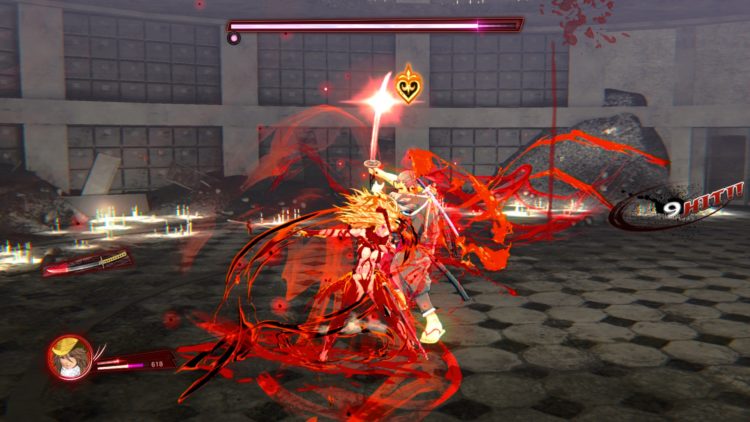 You can also stun enemies by using Onee Chanbara ORIGIN‘s new parry system. This works exactly as it does in any other game. Press the parry button as soon as an enemy attack hits you. Weaker enemies will be stunned immediately, while stronger ones will take a few tries. You can really just walk into crowds and spam parries and not bother stunning anything if you prefer. You can even parry bosses, which also takes a few successful parries, but this allows you to wail on them unimpeded for a while. Either way, you’ll likely be doing a lot less hacking and slashing this time around.

Attacking enemies naturally makes them bleed all over you. As all of the characters have Baneful Blood properties, this fills up their blood gauge. You’ll fill up the gauge even faster by picking up the red orbs that enemies drop. Once the gauge is full, characters switch over to their rage mode. This increases their attack but lowers defense However, the game isn’t hard enough for that to matter, so just hit everything ’til it croaks. Transforming is automatic, and you can’t technically choose when to use your blood gauge, so you’ll want to keep an eye on it.

Once you’ve transformed, there’s a second, more powerful form called Xstatic. All you need to do is keep hitting enemies and picking up red orbs while in the first form and, if you don’t run out of blood quickly enough, you’ll switch. This form has even higher damage than the last one, and can tear most enemies apart very quickly. The caveat is that your character’s health rapidly decreases while it’s active. On the flip side, hitting enemies recovers health, so you’re fine as long as you keep pressing the attack. What’s annoying is that you can transform at the very end of a battle, leaving you to watch your life drain until Xstatic mode deactivates. Or you can just waste the blood you accumulated. Once you unlock Saki, however, there’s a way around that. 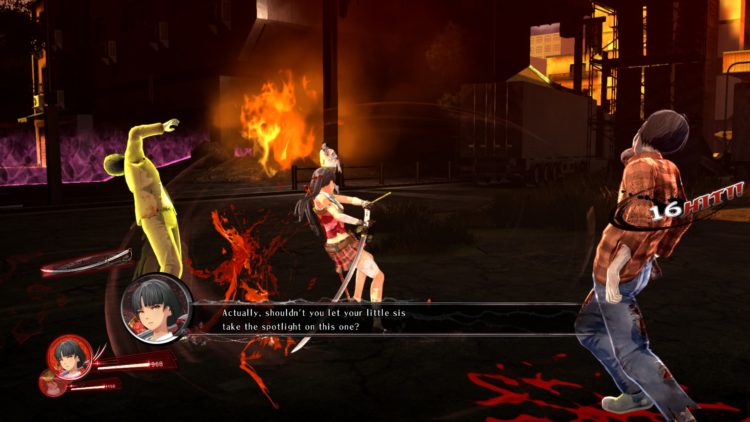 With more than one character in play, you can swap between them whenever you wish. If one character is transformed and you swap to the other, their blood gauge doesn’t diminish, so you don’t have to waste anything at all. I prefer to play as Aya most of the time and switch to Saki if Aya transforms and the combat section ends. Then I just walk over to the next one as Saki and switch back to a transformed Aya when the need arises.

There are also a bunch of bosses in Onee Chanbara ORIGIN, and they naturally handle quite differently to the regular enemies. For them, you’re going to want to mash on the dodge button. You can press the dodge button repeatedly in quick succession, which makes it very hard to take damage while you’re doing so. The bosses in the game aren’t hard; they’re just spongey. So you’ll just want to lock onto them, slash, and dodge whenever they start attacking. It’s really more of an endurance match than anything else.

That’s not all there is to the game, either. Each character has three ring slots. Rings are unlocked by playing through the game and completing challenges and can increase your stats or various other characteristics, such as making cool combinations easier to pull off. With all this info in mind, you shouldn’t be surprised by anything Onee Chanbara ORIGIN throws at you. Get slashin’. 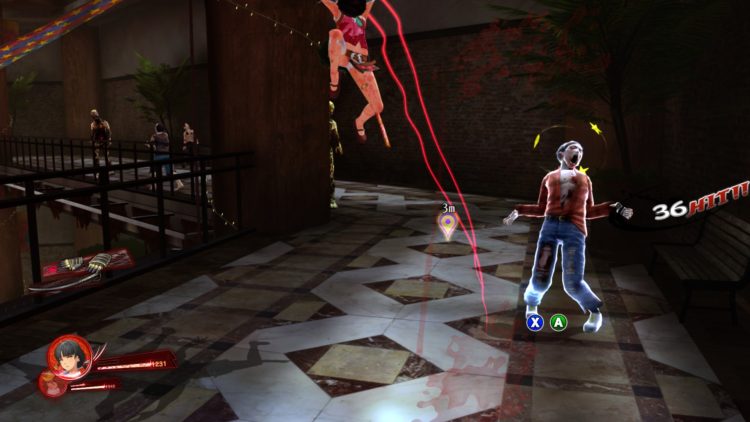