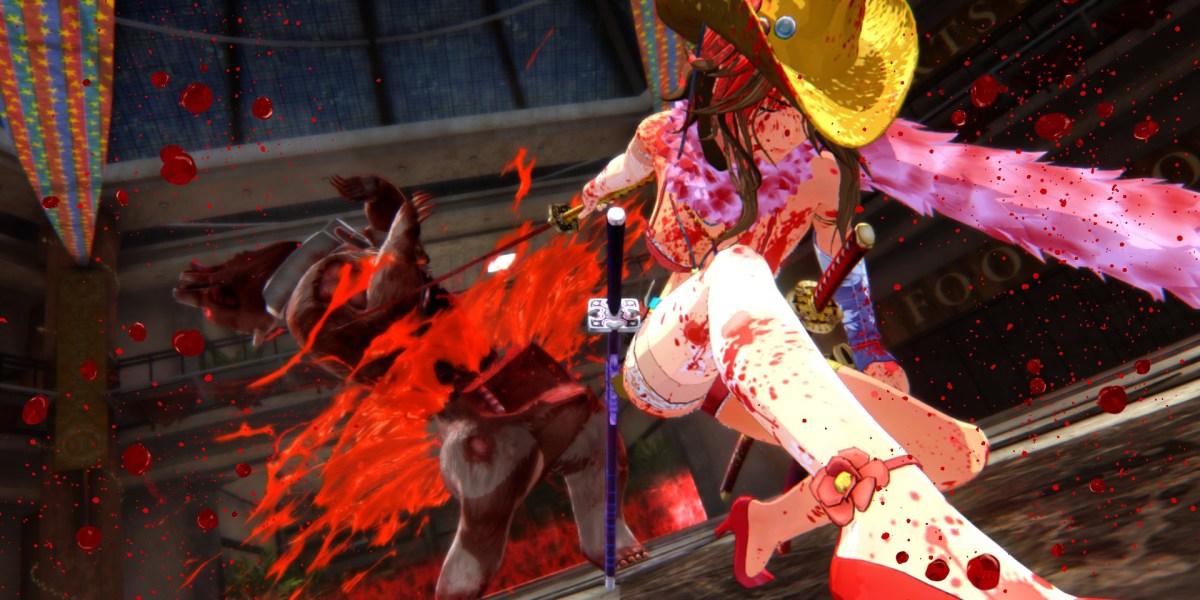 They almost got the official name right this time. For years, it was Onechanbara, despite that’s not how that word is spelled. Now it’s Onee Chanbara, even though it’s a portmanteau and should be one word. Unfortunately, this inability to stick to proper naming conventions is probably the most interesting thing about Onee Chanbara Origin, which manages to be a step back from the previous game, while changing things just enough to make it noticeably different.

Onee Chanbara Origin is, as the name suggests, an origin story that retells the events of the first couple of games in the series. Aya and Saki are sisters who are part of the Baneful Bloodline, which hunts zombies and transforms when its members get too much blood on them. The game starts with Aya, a woman who wears a cowboy hat and underwear while fighting hordes of undead, searching for Saki, who has been brainwashed by the tropey anime villain who killed their mother.

The first couple of games in the series didn’t have enough of a budget for real narrative trappings, but Onee Chanbara Origin has voice-acted cutscenes. The story is practically non-existent, and characters are all as generic as they come. Despite being an origin story, there’s no information given as to why the world is overrun by zombies or why it’s up to a scantily-clad woman and a teenager to hunt them. I’m not actually sure what the main villain’s plan is or why anything is happening. That being said, the cutscenes are fine and the Japanese voice acting is good. They even got Youko Hikasa to voice Aya. There’s an English dub too if you’re so inclined. 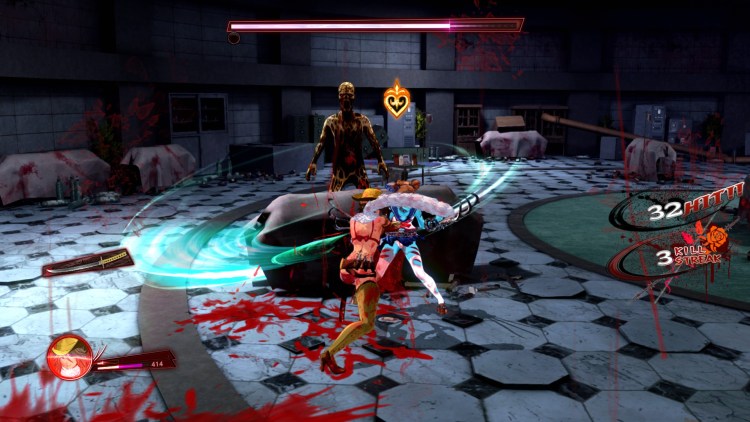 Onee Chanbara Origin is an entirely level-based affair, much like most games in the series. There are 25 chapters to play through, some of which are just three-minute boss battles. You start the game with only Aya unlocked before Saki joins up a little less than halfway through. As you use the characters, they level up and you’ll be putting stat points into health, attack, and defense each time they do.

The levels themselves are as underwhelming as they’ve always been. They’re painfully generic and filled with the same handful of painfully typical enemies as they have been for years. Areas are small in Onee Chanbara Origin, but that doesn’t stop them from reusing entire level sections. Earlier in the game, Aya fights through the usual sewer level with green sewage. Towards the end, she enters a weird hell void thing and finds a palette swap of the sewer, but there’s blood instead of sewage. There’s very little to see and do in these levels too, as they’re as restrictive as they are short.

Almost all of the normal ones can be summed up with you walking into an area, followed by gates getting put up, at which point you’ll fight all the enemies until the gates are gone. There’s a very obvious lack of inspiration and effort on display in regard to the areas you run around in. Nothing is interesting or memorable. There aren’t really any setpieces or stand-out moments. It’s very much in line with past games in the series. The same can be said for the enemies too. You have your zombies that mostly just stand around, cop zombies, military zombies, nearly-invincible mudmen, dogs, and fat guys. And the super-strong red variations of each. There’s one more enemy type, but they only show up for a single section. 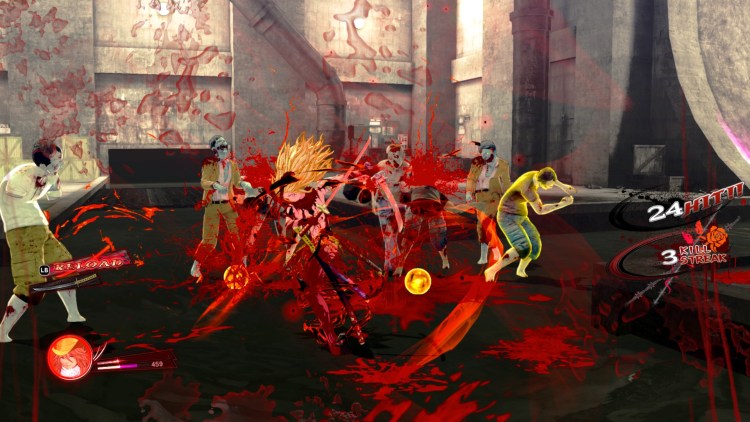 While the last couple of games in the series actually had fairly enjoyable, if extremely simple, combat, Onee Chanbara Origin makes some rather unwelcome changes. Whereas you previously had three attack buttons, you only really have one normal attack here, which means you’re going to spend most of your time mashing one button. What fun. In lieu of having weak strikes, heavy strikes, and a special third attack, you instead have attack, stun, and parry. To its credit, the game’s controls are responsive and the mechanics work well, but they’re used in such dull, repetitive ways that they go without praise. There are also barely any combos to speak of.

Whereas simply hacking and slashing groups of zombies until they die has always been a part of the series, the zombies here seem a fair bit spongier than before. The apparent reason for this is that Onee Chanbara Origin wants you to stun enemies. This doesn’t work badly per se, but it is weird. Stun attacks raise the stun gauge, but do little to no damage. Once the stun gauge is full, you can use a special attack. Aya’s slashes in a large area, while Saki’s does a large amount of damage to one enemy.

Any enemy within the area of Aya’s special will also become stunned if it doesn’t kill them. Saki’s can only stun nearby enemies that are very close to where she suplexes her target, but she can also one-shot larger enemies this way. Then there’s the parry which, when used at the right time, negates any damage a character takes while dramatically increasing the stun gauge. This would all probably work very well in a game that wasn’t about cutting down hordes of mindless, boring enemies. 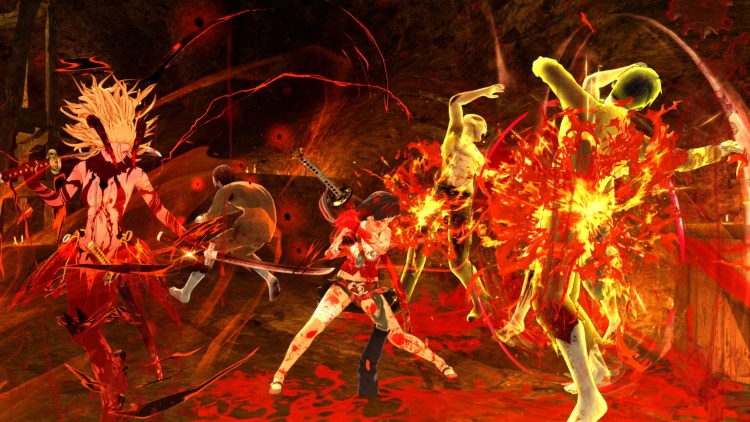 The boss battles in Onee Chanbara Origin don’t fare much better. Hitting the right trigger causes a character to dodge and this can be spammed in quick succession. Boss battles are all pretty much the same. You approach a foe, mash the attack button, and mash the dodge button when they attack. None of them are challenging, aside from the ones that are so big that the camera can’t focus on them properly. Bosses will occasionally have moves that change things up a bit, but even these can largely be handled with nothing more than mashing dodge.

You can also parry boss attacks and stun them if you wish in Onee Chanbara Origin, but they seem to die faster if you focus on keeping your attack constant. These fights are honestly a slog, and are only slightly more interesting than fighting regular enemies. Defeated enemies drop red orbs that let you transform into one of two states that rely on a blood gauge. This gauge also rises from blood spatter. It works just like the rage meters in similar titles, only you don’t get a choice as to when it goes into effect. There were times where a character transformed at the very end of a battle and I had to waste it. That being said, once Saki joins up, you can switch between them and preserve the rage mode that way.

These forms make characters stronger and lower their defense. Once you hit the first tier, continuing to fill the gauge will allow you to transform into the Xstatic form, which does even more damage while rapidly depleting your character’s health, which you can heal by continuing to hit enemies. Not being able to switch to these at will is an extremely dated choice that, while obviously close to Onee Chanbara Origin‘s forebears, only serves to make things more obnoxious. 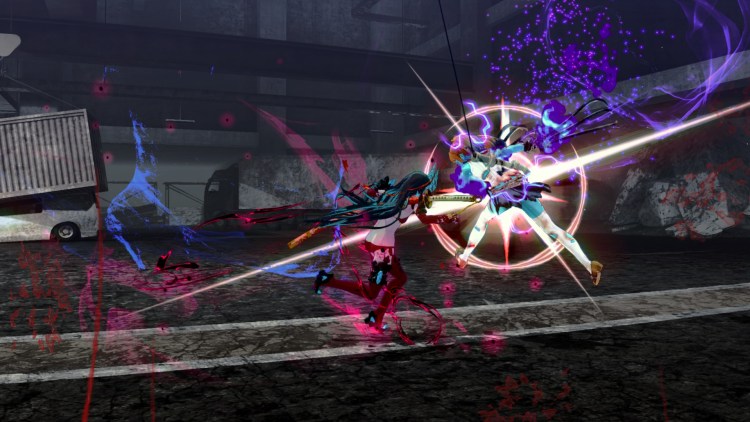 I’ve got a bridge to cel you

Onee Chanbara Origin is the first in the series to use cel-shading and it’s fine, I guess, even if it somehow makes things look even more generic. The game mostly looks like it came out 10 years ago outside of some high-res textures. Every aspect of it honestly screams budget title, from the game’s five-hour length to its subpar level design, dated graphics, and tiny bestiary. In spite of this, it retails for $59.99 USD. This feels like a $20 USD game max.

To add insult to injury, there’s a distinct lack of extra content on offer. There’s a third character you can unlock and a barebones survival mode. There are also more bonus missions, but they seem to all be DLC. Onee Chanbara Origin has a surprising lack of different costumes as well, considering, but those too are DLC. If you want these, you’ll either need to buy them piecemeal or spend even more on the game’s deluxe version. The entire thing feels like a shameless cash grab. You can even pay extra to unlock the third character early. Getting her the normal way apparently requires making it past the 100th wave in survival mode, which not only takes over 1.5 hours in a single sitting. But doing so will also require you to level up your characters, which takes even more grinding.

I was hopeful that Onee Chanbara Origin would be at least slightly more impressive than the last game, which launched about half a decade prior, but instead, we’ve received the bare minimum. The base gameplay mechanics are solid and the game controls well enough, but it’s a dull slog that has you fighting the same old enemies in boring places all to squeeze every last penny out of the customer base. Fans of the series will likely be happy just to have it back and in English, but everybody else will just feel ripped off. 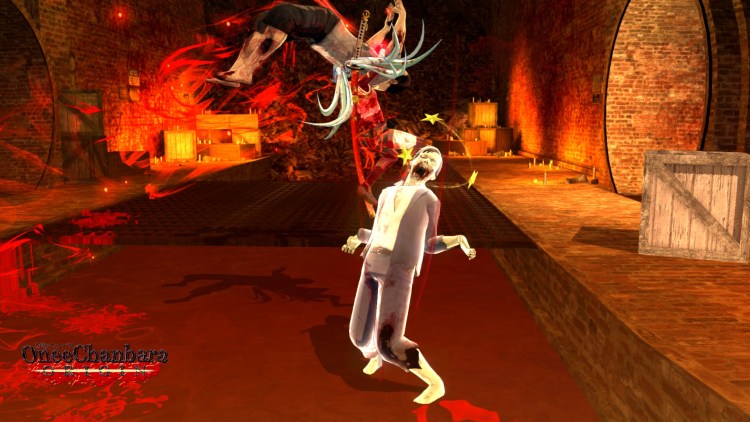 While the gameplay itself is competent, this is a short, shallow game with very little enemy variety, poor level design, and some egregious price-gouging.

Cook, Serve, Delicious is getting two new games in the series

Re:Turn – One Way Trip review — On a rail