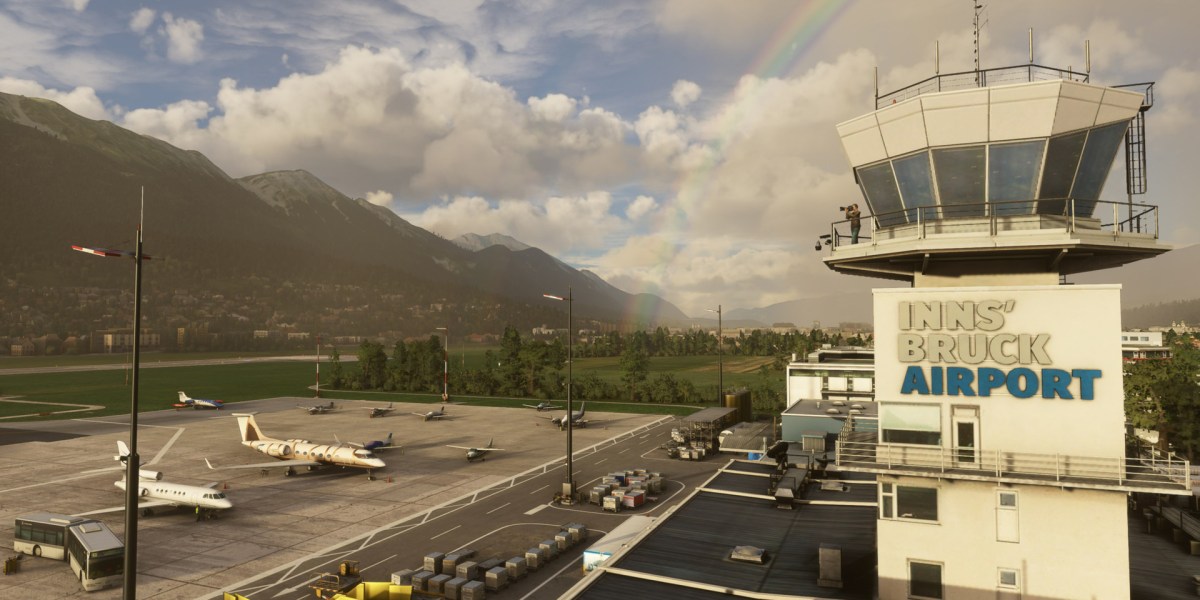 ORBX is a well-known add-on maker for various flight simulation titles. The company’s popular products by far are there highly-detailed scenery overhauls, and extremely detailed renditions of various airports large and small from around the world. ORBX tends to target airports that are nestled in the more prettier parts of the planet. A few weeks ago, ORBX announced that it would be producing new content for the upcoming Microsoft Flight Simulator that does indeed include airports. Now, the first set of ORBX products for the new sim has been revealed, and the level of detail is exactly what’s to be expected given the company’s previous work.

Eye-candy even at ground level 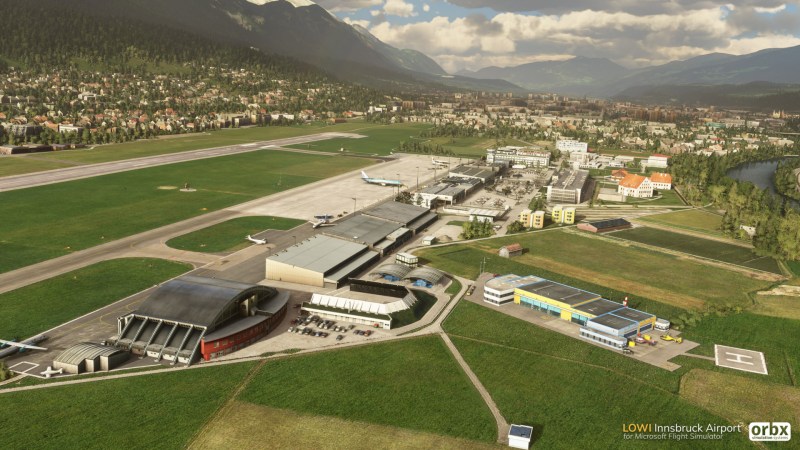 The new Microsoft Flight Simulator already boasts that it has a representation of just about every existing airport on Planet Earth. However, the vast majority of these airports are simply auto-generated by means of an algorithm, with some minor tweaks done by the developers to ensure a fair amount of accuracy. There are, however, what are known as “Handcrafted Airports,” which are a fairly small collection of airports from around the world that have been given a special amount of attention to detail to provide as close as a 1:1 representation of the real thing. What ORBX is doing with its new scenes for MSFS is increasing that selection with some handcrafted airports of its own, as shown above.

ORBX’s new line of add-ons for Flight Simulator has a price range of $7.99 to $19.99, depending upon the product. However, there’s also a special thing to note. Some of these add-ons are returning from other simulators. If you already own another version, you can claim a discount on this new edition. For example, the Innsbruck Airport shown above will go for $19.99, but existing customers can nab it for $11.99 for MSFS via ORBXDirect. All of ORBX’s new products for Flight Simulator will be available via the in-game marketplace as well, but the discount can only be claimed using ORBXDirect. 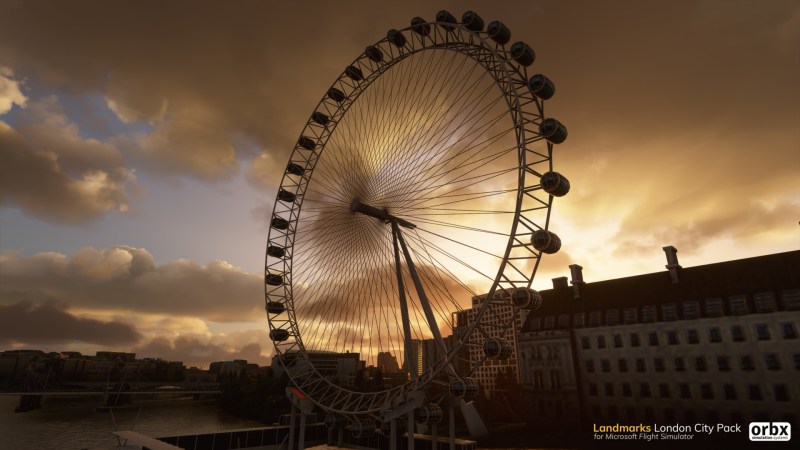 ORBX hasn’t stopped at just bringing over enhanced airports to the Flight Simulator, it’s also doing some work with the world scenery too. Microsoft Flight Simulator does happen to have the most authentic auto-gen scenery and satellite imagery ever seen in any flight sim. For all intents and purposes, it basically is a representation of the world mostly thanks to using very advanced and complex technology such as mapping data provided by Microsoft’s Bing Maps and 3D imagery built by partners like Blackshark AI.

However, the developers over at Asobo have, for one reason or another, missed out on a few details in various parts of the world. Players of the closed beta/preview have shown off various major cities in MSFS and key elements that have been missing are iconic sights such as the London Eye. Thus, ORBX has gone ahead and devoted an entire package to adding in key scenic pieces such as this. 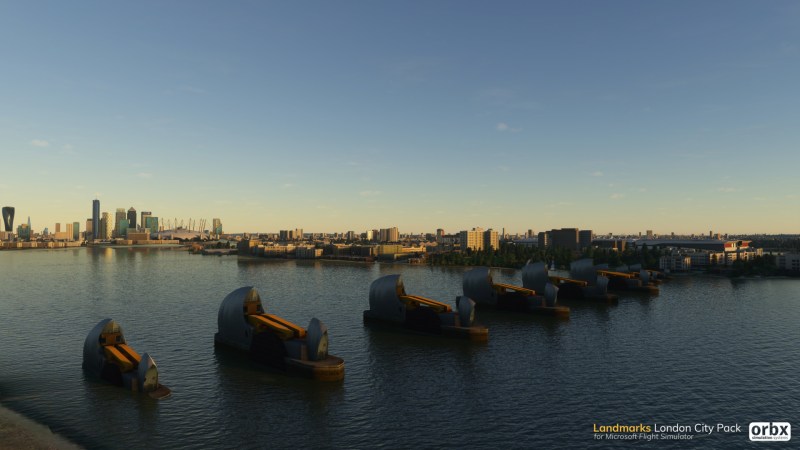 The new MSFS includes a lot out-of-the-box, but add-ons like this make things look a little more authentic to the real world.

The London City Pack is so far the cheapest of ORBX’s new add-ons at $7.99, and includes various key buildings and landmarks in the area of London and River Thames. It is interesting that considering how much is already packed into the sim that add-on companies are still going ahead and doing scenery work. Does this mean that any other missing elements will only be added in via payware like this? Not necessarily.

Microsoft and Asobo have stated that the new Flight Simulator will be consistently updated for about the next decade. That includes changes and improvements to the world via what are being dubbed World Updates, the first of which will release later this year. While specific details as to what such updates will include, the name does suggest that the world scenery will be improved as time goes on. So, perhaps ORBX is jumping the gun here and these landmarks will be patched in overtime on a base level. But nevertheless, if $7.99 is a precedent then that’s a relatively minor price to pay for scenery enhancements going forward.

A hint at real-world traffic? 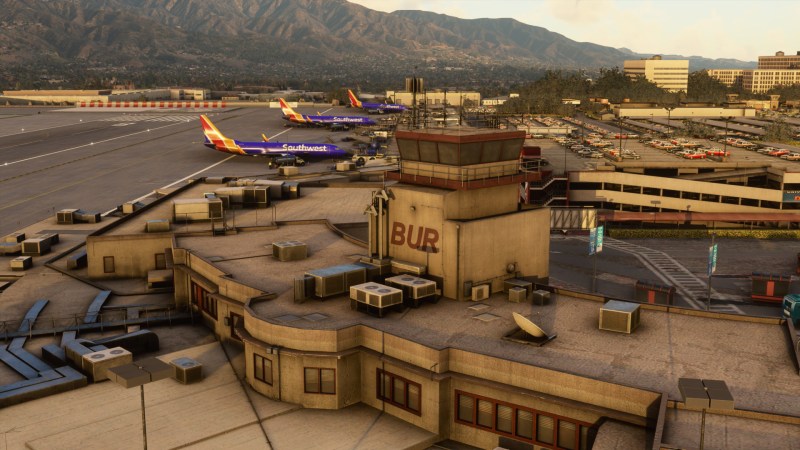 This is KBUR in California. That’s fine and all, but do I see Southwest jets?!

One last takeaway from ORBX’s announcement can be seen in a few shots from some of the larger Flight Simulator airports, such as KBUR as seen above. While it’s not explicitly mentioned, it can be clearly seen that there are indeed real-world airline liveries being represented here. You can see even more airlines such as Alaska and Delta from another KBUR screenshot below. 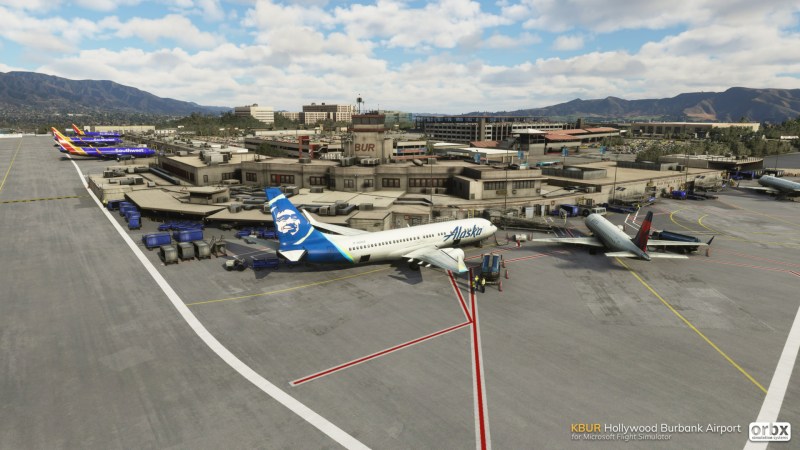 Why this is interesting to note is because whole Microsoft and Absobo have boasted about the new Flight Simulator having a fully integrated real-time AI traffic system that represents actual real-world flights, we’ve only ever seen AI traffic painted in stock liveries and/or fictional color schemes. That is until both now and a few weeks ago when the pre-order trailer for the game dropped and briefly showed an Iberia Airbus A320. Thus, if ORBX’s screenshots are anything to go by then we should indeed expect to see not just real-time traffic in MSFS but also their appropriate liveries. It remains to be seen what the aircraft variety will be like; however, I’m still looking for AI props to be represented, especially in regions like Europe and the Caribbean where turboprops are far more plentiful than in the USA.

Ultimately, ORBX has a lot going on here, and it all looks quite beautiful. While no solid release date for any of the products has been announced yet, it shouldn’t be too long of a wait as the new Microsoft Flight Simulator will launch in just a week’s time.