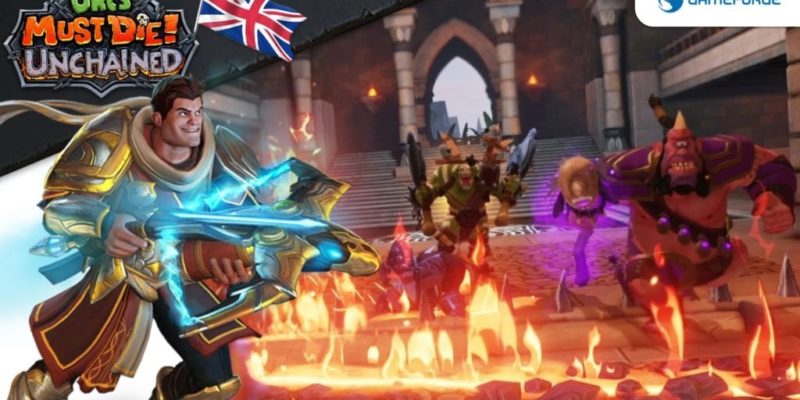 Orcs Must Die! Unchained will be unchaining its alpha and moving into closed beta on 27 June.

If you want to get in on the competitive PvP version of Orcs Must Die! then you’ll probably want to head over to the official site to sign up. This doesn’t guarantee anything, obviously; if you want guaranteed access, you’ll have to plonk down some money for a Founder’s Pack. €15 will net you instant access, €15 worth of in-game currency, an exclusive hero skin, and an unlock code for the Orcs Must Die! franchise pack. You could also shell out €110 to get a ridiculous amount of stuff if you’re that convinced that this will be a fantastic game, but as ever, I’m not sure I’d recommend that.

Orcs Must Die! Unchained appears to take the fast-paced combat/trap defence of Orcs Must Die, and have a player-controlled opposing side doing exactly the same. You need to storm their fortress and brave their traps with a wave of creatures, while simultaneously defending your own. You can have a look at the closed beta trailer for the game below.

Star Citizen hires someone for best job title in the world