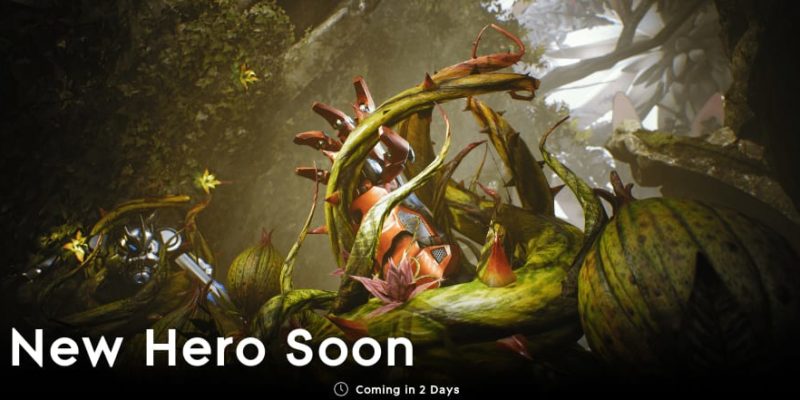 Following the release of yesterday’s Paragon v29 patch, the dataminers got to work to find out what is coming up.

The new hero that was teased yesterday appears to go by the name of Venus and is very plant-focused which would make sense based on yesterday’s teaser picture of Steel and am minion being pulled into foliage. Abilities that were uncovered in the game files include Brambles which could be a slow effect, Nettles which could be projectile shooting, Thornguard could be a shield, and an ultimate might actually bind her somehow to her target.

A list of other bits and pieces from the patch can be seen in this log and it’s also interesting to see a list of all 37 heroes appear from the datamining. Not all these will be final names, but it shows that Epic are planning well ahead.

We should know more about Venus very shortly so stay tuned.

Don’t forget, you can enter to win a Founder’s pack here.

Update: The new hero has now been revealed. Watch the trailer.

Arkane explains what Prey is about in new video