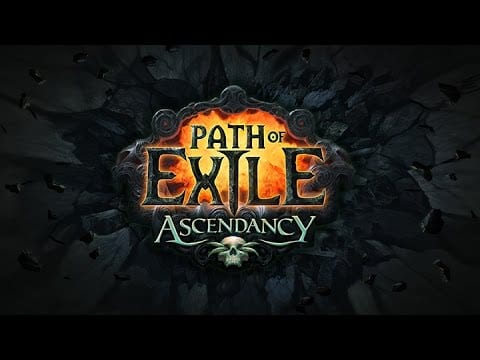 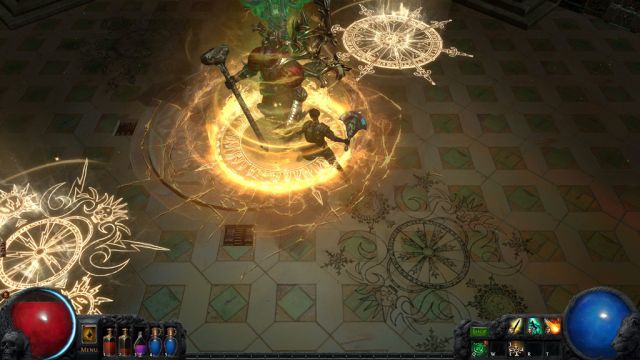 Grinding Gear Games will be launching a new expansion for their excellent ARPG next year called Path of Exile: Ascendancy.

The Grinding Gear Games team never cease to amaze me with their constant content updates, they are one development studio that appears to never sleep and just cracks on with the next instalment for the game. So what’s coming up?

Path of Exile: Ascendancy will bring a new way to play the game with Ascendancy classes,  another way to specialise your existing character class. Just when you thought the insane POE passive tree couldn’t get any more mental than it already is, there’s now these additional specialisations such as a Saboteur, Slayer, Necromancer, Gladiator, Deadeye, Juggernaut, Champion and more. Each class currently in the game will have three of these Ascendancy sub classes making a total nineteen in this expansion.

This expansion centres around a new character called Lord Izaro who was banished to a Labyrinth long before players first entered Wraeclast. Izaro will be the main boss to defeat but he can only be challenged by entering his Labyrinth.  Player swil also be meeting him more than once as they make your way through the Labyrinth.

Called The Lord’s Labyrinth, players will be thrown into what can best be described as a true dungeon crawl experience with all kinds of new traps and secrets to uncover, and it’s here these new Ascendancy classes should come into play because they all offer unique abilities that may aid with the new challenges the Labyrinth brings. The Labyrinth is also randomly generated so players will never quite know what to expect as it will change every day. All players will be accessing the same newly generated dungeon layout each day

Accessing the Labyrinth can only be undertaken by successfully completing six trials which are centred around different trap types such as spike traps or lava for example. Think of them as a great way to practice trap avoidance skills before taking on the Labyrinth for the real rewards.

Why bother with the Labyrinth? It’s there not only as a challenge but also as a means to unlock the new Ascendency classes, players will need to take the Labyrinth challenge to unlock the goodies. Once they’ve entered however, there’s no going back. Die and another run will have to started.

With each player seeing the same dungeon each day, Grinding Gear are hoping players will share information on how to solve the daily Labyrinth dungeon and at the same time they’ll be tracking progress of players on leaderboards.

Items are also getting a new Ascendancy Enchantment modifier which can be applied to an item once a Labyrinth run is complete which is just another reason to keep taking on the Labyrinth. Let’s also not forget new gems, items and leagues that will also be coming.

Path of Exile Ascendancy looks like it’s going to be another fantastic addition to the game, and because it’s POE, the update will cost you absolutely nothing. You can’t argue with that.

Path of Exile Ascendancy will be released early 2016. Now watch the trailer and check out the shots below.

3D Realms will be dropping their Bombshell in January