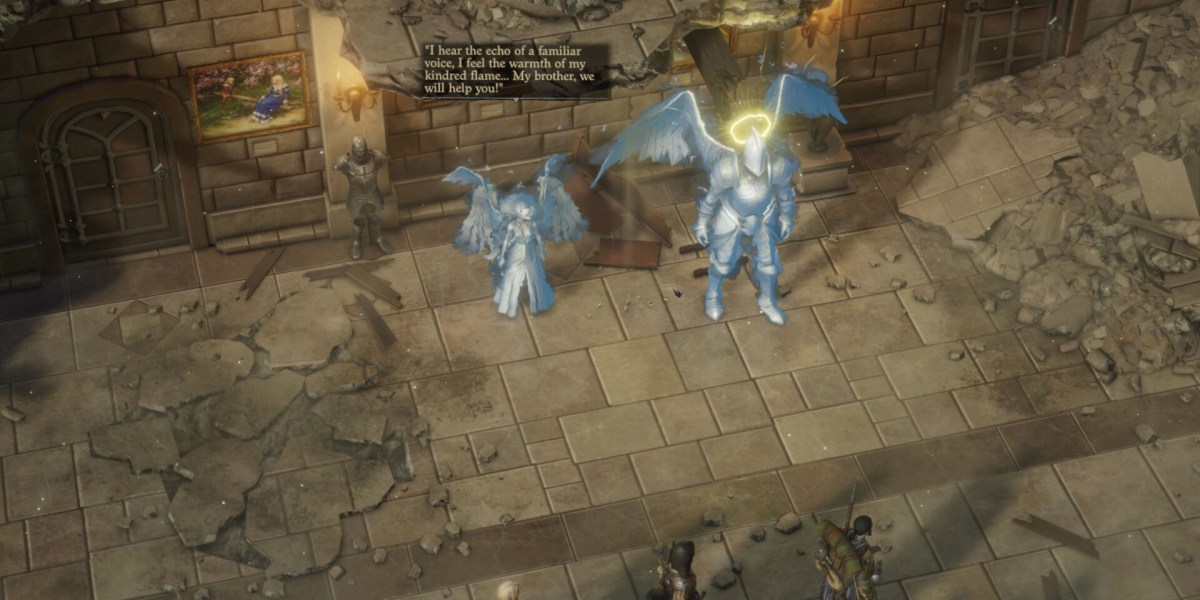 If you’re new to the world of tabletop RPGs or even the Pathfinder franchise, get ready for a long and interesting ride. Sure, you may not be actively seeing the dice rolls, but rest assured that all of the staples of the genre are very much present and accounted for. However, before you dive into the action there’s one critical question to answer: Are you on team real-time or turn-based?

For more information, check out our Pathfinder: Wrath of the Righteous guides and features hub.

Those that have followed the Pathfinder game series (I only specify “game series” because it’s based on a tabletop RPG of the same name) have traditionally been forced down the path of real-time combat. Later, in the lifespan of Pathfinder: Kingmaker, the concept of turn-based combat was introduced through a fan-made mod. Though it was never “officially” sanctioned by the team over at Owlcat Games, when the time came around for a sequel, turn-based combat was adopted as an alternative to the traditional combat. I guess the developer knew a good thing when it saw it.

If you enjoyed the combat in the original incarnation, there’s really nothing to discuss here. When in Pathfinder: Wrath of the Righteous‘ real-time mode, characters will act exactly how they’ve been instructed to previously until they are told to behave differently. These choices and orders can span multiple battles. This means that if you chose a defensive stance for a companion three battles ago, unless you changed something, they are likely still doing the same damn thing now. While the action plays out, everything is essentially on autopilot unless you intervene in some substantial way. You do have the option to issue commands on the fly without pausing. However, veterans of past Baldur’s Gate game will tell you that pausing the action to dispatch orders is the best way to go. You can then resume the madness and watch your master plan play out right before your eyes.

In my case, constantly pausing was the only way I was able to make up for the overall lack of control and make it mesh with my more micromanagement-focused gameplay style. All things considered, even when pause-scumming I still found this approach a bit more off-putting and unstructured for my liking. That said, I’m sure there’s plenty of folks out there who will find this meets their needs perfectly. 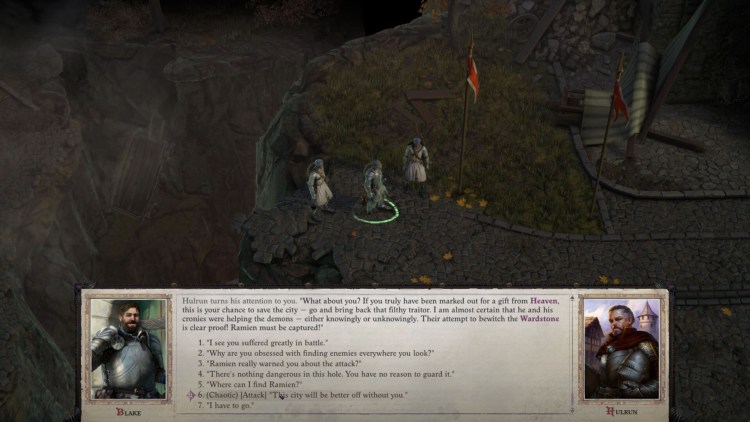 On the opposite side of the coin, there are crazy folks like me who would rather indulge their more tactical side. I found myself struggling to stay abreast of everything going on in combat, especially when I had to deliberately pause the action in Pathfinder constantly. If you fall into that camp, then the turn-based approach is going to be your salvation.

If you’ve played most tactical RPGs released recently, you’re going to be able to pick up the mechanics very easily in Pathfinder: Wrath of the Righteous. I found this to be incredibly useful, especially when trying to grasp all of the battle systems that are intermingling during the course of a skirmish. Being able to slow down the pace was a great way to more effectively learn every companion’s unique skillset, not to mention more fully understand the ramifications of your decisions. The one admittedly substantial detraction from the turn-based combat in Pathfinder: Wrath of the Righteous is that it takes what could be swift skirmishes and turns them into marathons. Plus, when you’ve invested a significant chunk of time into a battle, it can be even more demoralizing in defeat. You have a tough decision to make when it comes to your combat style. Fortunately for everyone, this is something that can be changed on the fly at will, even within the same battle. Feel free to swap back and forth and find what works best for you. Hell, your approach might even change situationally, depending up who you’re facing off with.

Pathfinder: Wrath of the Righteous is available on PC via Steam.

Kitaria Fables review — No, it’s not a Stardew Valley clone

How to Get Pre-order Outfits in One Piece Odyssey