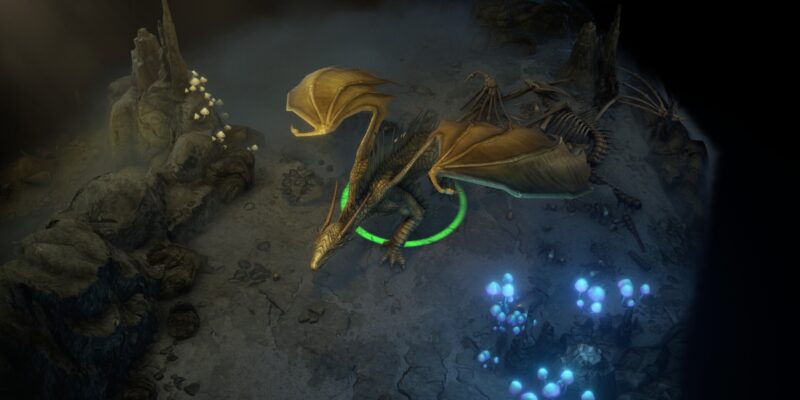 Recently I encountered a sensation that I’ve never felt while gaming: self-doubt. After a couple of hours spent playing the game we’re about to talk about, I thought to myself, “Shit. I’m way in over my head with this one!” This comment kept reverberating through my subconscious for at least my first five hours of Pathfinder: Wrath of the Righteous.

This is an experience that isn’t for the faint of heart, pure and simple. The underpinnings of Pathfinder: Wrath of the Righteous are rooted in tabletop RPG mechanics, with a beautiful presentation layer hiding all of the number crunching going on behind the scenes. If you’ve ever played an entry in the Baldur’s Gate franchise or one of the numerous titles that were influenced by it, you have a pretty good idea of what awaits you. If you don’t have that point of reference, may God have mercy on your poor soul.

It almost does the game a disservice by the way that players are first thrust into the character creator. You have the option to either follow a handful of prepopulated characters or dive into the many different customization options. There were legitimately so many options that I found it overwhelming and “noped out,” instead choosing a from one of the premade templates. Additionally, you will also need to determine your character’s mythic path. These special skills will be crucial to key narrative touchstones throughout the campaign. I opted to remain human, but there are options such as Demons, Angels, or a goddamn dragon. Talk about range!

And suddenly you wake up… Yeah, the ramp-up to the start of the game is just that abrupt. You are discovered by residents of Kenabres, wounded and clinging to life. To heal your substantial wounds, you’re brought in front of the resident healer, who also just so happens to be a dragon in human form. Almost simultaneously with the healing, security forces are trying to fend off a massive siege, only to get their asses donkey kicked back to the Stone Age. 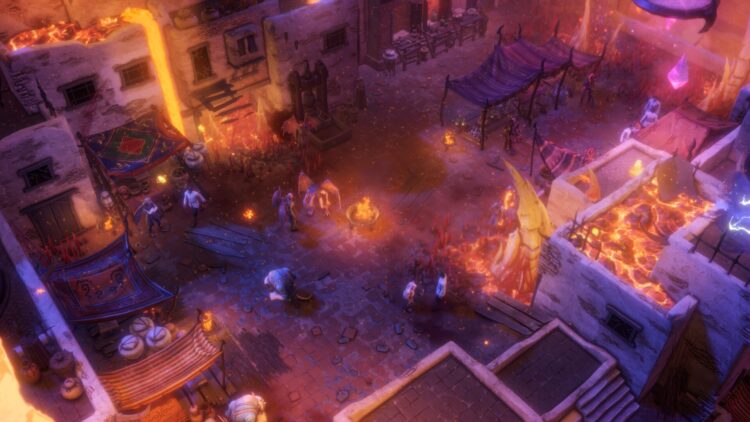 Once again abruptly springing back to consciousness, you find yourself trapped in the aftermath and rubble of a smoldering city. You’ve survived the initial onslaught, but there is a long way to go. At the risk of spoiling the main storyline, I’m going to try and steer clear of any additional plot points. Just know that you will get the chance to build strongholds, command armies, fight against hordes of literal demons, and meet numerous amusing personalities along the way.

As brutal as it may sound, I couldn’t even fathom why someone would jump into a game in this genre without prior experience. Sure, everyone has to have a first, but I don’t think it should be this. Reading that sentence out of context may sound like a negative, but in all actuality, it’s the polar opposite. If it’s possible for a game to be too deep, this would be its poster child. 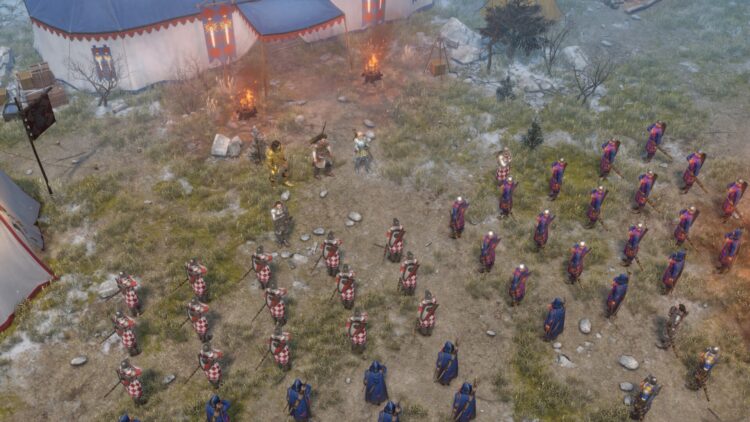 This is just a very simple example of the numerous overlapping systems and mechanics that help drive the action forward. Just when you think you understand how to effectively position your units to maximize their effectiveness, (and then what?) you then realize that the class of each unit can also impact where you’d want to position a unit. It’s like continuously peeling the layers of an onion that took me over 15 hours of gameplay to fully grasp.

Once I’d reached this point of no return, the experience took off for me. The problem was, the process that it took to get to that point was long and arduous. Damn near every single mechanic had levels of depth that legitimately boggled my mind. There was always something new to learn, or an additional tutorial guide to read. I worry that most newcomers won’t be willing to invest the time I did getting up to speed, and could run the risk of being turned off of the genre as a whole because of this insane level of complexity. 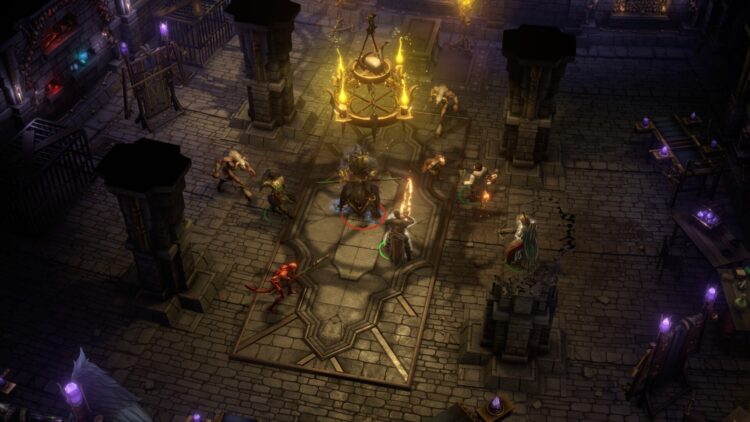 Despite the countless ways you can customize a unit, while in battle, I felt like I was lacking some level of control. Sure, units can essentially manage themselves based on your prior defined specifications and behaviors, but not having bearing on the moment-to-moment action didn’t sit right with me.

When I switched from primarily using the real-time combat to the turn-based approach, this is when the proverbial lightbulb was lit. It was a eureka moment where everything I’d learned up to that point suddenly came into focus, and everything just made sense. The slower and more deliberate pacing, while admittedly far more time-consuming, was just the tweak I needed to make the most of my companions’ skills, abilities, perks, and areas of effect.

Narratively speaking, the plot of Pathfinder: Wrath of the Righteous is a long, branching tale, with more permutations than you can count. While the storyline is expansive and compelling in its own right, this isn’t as much about the core narrative as it’s about how you get there. Each potential companion party member has their own storylines where you can learn more about their backstory, explore locations that they find important, or help right a misdeed from their past. None of these missions are mandatory, but the writing is so damn good you won’t want to miss out. 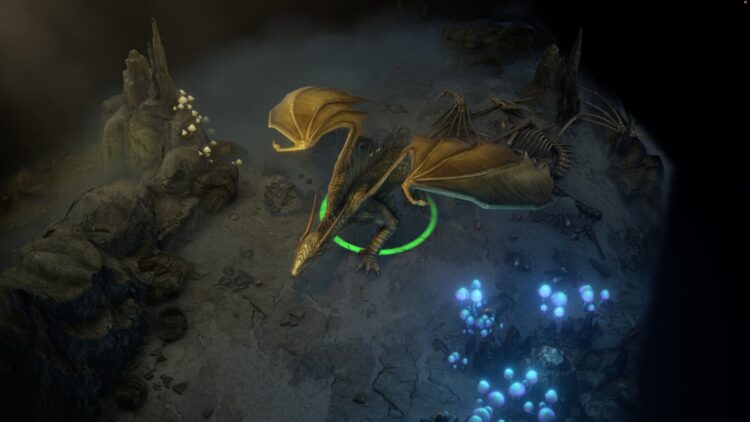 When a game is as massive, not to mention as deep as Pathfinder: Wrath of the Righteous, there are frequent opportunities for odd behaviors and bugs to slip through the cracks. Unfortunately, I did end up encountering several large roadblocks: story cutscenes that would never trigger; doors that shouldn’t be locked, yet they will not allow entry; and even companions who would get hung up on occasional pieces of geometry for extended periods. Luckily, all of the defects that I encountered were resolved through a hard reset, but it still left me with a bad taste in my mouth.

If you couldn’t tell, Pathfinder: Wrath of the Righteous has a lot going on under the hood. If you can manage to penetrate the title’s rather intimidating and unapproachable exterior, you will be treated to one of my favorite gaming experiences of 2021. As long as this won’t be your first whack at the genre, you owe it to yourself to give this game a long, hard look. Trust me, you’ll like what you see.

Pathfinder: Wrath of the Righteous

Featuring stellar depth and compelling storytelling, Pathfinder: Wrath of the Righteous is the next logical step for the franchise. It improves upon its predecessor in every feasible way, despite it's intimidating exterior. This is an adventure that you won't want to miss.

Halo 3 is getting armor inspired by ‘ancient warriors’ [Update: Season 8 flight is live]