If there was one thing E3 showed us this year it was that PC gaming is only going to get better. Surprisingly, it’s all thanks to Microsoft’s Xbox One and Sony’s PS4.

I know it sounds strange, but let’s have a quick historical recap. The consoles have not progressed in seven years, and we all know that the big publishers like to play it safe by making sure their games work brilliantly on said consoles as a priority. It’s all about reaching the mass market.

This has had an adverse effect on PC gaming, with publishers not wanting to take risks and console hardware limiting what was possible to mass produce. Now that the consoles are finally catching up, the visual quality (and the speed at which that visual quality can be delivered in frames-per-second) is one area where console games can now improve.

Over the past few years, there have been several examples of titles that could of had a better PC port if only the console hardware had been up to scratch. 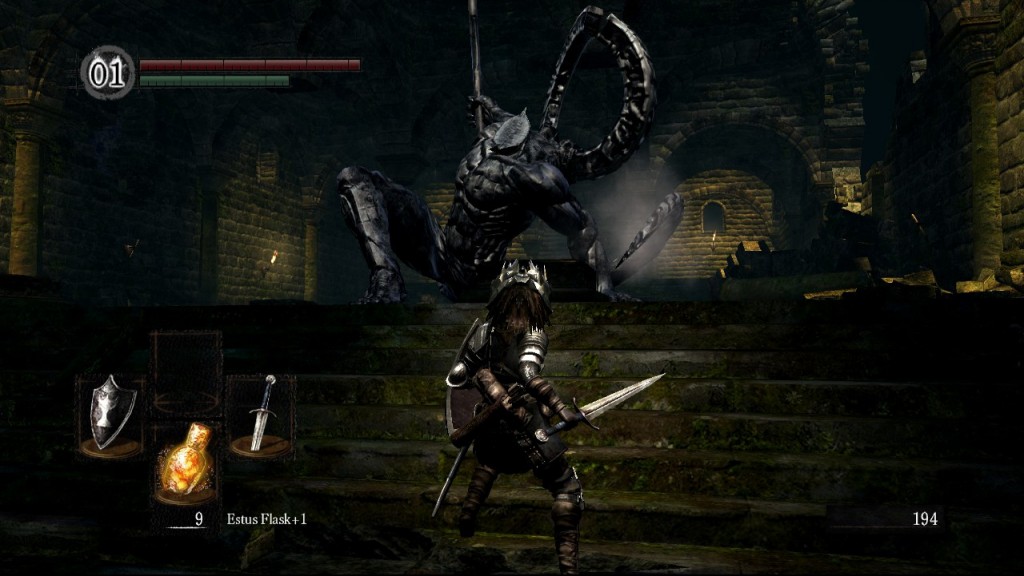 Prior to modding, PC Dark Souls was locked at 720p and 30fps. More powerful consoles would’ve prevented this.

The next-gen consoles have now moved away from Nvidia, opting instead for AMD’s chips. This has put Nvidia in a rather peculiar position that they would probably rather have avoided. The company is now relying on the PC market to get their hardware out there, while trying to push the envelope with what’s possible in terms of GPUs.

When Nvidia announced their Shield hand-held device a few months back, we were not convinced of its purpose. In fact we’re still not convinced, due in part to the high price of $299 USD which is only slightly less than a new PS4. But Nvidia needed something new that was console-like and the Shield may be their way of trying and keep one foot in that market, even accepting the fact that the Shield is really nothing like an Xbox One or PS4.

At E3 this year Nvidia made sure the public and press were clued up about their technological advancements and also reassured PC gamers that even though the consoles are catching up, they are still a long way from coming close to what a high-end PC can produce when it comes to gaming. In fact, they were keen to point out that Nvidia still owns more than 66% of the PC GPU market with 48% of developers building their games on PC.

With Nvidia now out the mainstream console loop, PC gamers should be reassured that the company will be pushing hard for PC gaming, and also encouraging developers to get their titles on the PC.

With games being developed on PCs, and consoles now actually being able to produce something that comes close to what the platform has been able to handle for a while, it would make sense for publishers and developers to tap into that PC market. Despite what you read, the PC is nowhere near “dead” and never will be. Lazy ports (with a poor UI, bad Field of View and so on) will no doubt still be an issue, but the excuses for poor technical ports should evaporate.

PC gaming has always been at the forefront of innovation. Take the Oculus Rift as an example. While it’s not perfect, it’s at least bringing VR back into the limelight after nearly a decade and bringing a new experience to gamers. Specifically, PC gamers.

Many gamers today are unlikely to remember the excitement of playing The 7th Guest or Rebel Assault when CD-ROMs burst onto the scene. It was magical. The days of buying boxed games on 400 floppies were numbered and PC gaming moved on, with consoles following. In 2013 I feel that we could be about to enter an equally exciting period for PC gaming, with cheaper games, a vibrant and growing indie scene and technology such as the Virtuix Omni and Rift trying to push games into a new space.

This is the Onmi! The living room of the future? Perhaps not, but interesting tech nonetheless.

This year, E3 was all about the consoles. There wasn’t a huge amount for PC gamers to get excited about on the show floor, but what it did highlight was that consoles are finally catching up. Although PCs will continue to advance at a faster pace than consoles and the gap will widen again in the next few years, there will hopefully now be a period when we’ll see more games coming to PC and consoles at the same time, with similar features and the same outstanding visuals.

The first quarter of next year could be interesting. Sony and Microsoft will have shipped their new boxes and the first games for Q1 will be releasing. We can only hope that if there’s less risk in shipping on multiple platforms because consoles and PC technology has come closer, PC gamers are going to have an even bigger choice of top-notch games to play.

With the Xbone costing a whopping $499 and the PS4 a more reasonable $399, I would really try and save a couple of hundred and go for a PC. You won’t regret it. PC gaming has come a long way and hardware compatibility issues are almost a thing of the past. The benefits of modding, cheap games and incremental upgrades are all here. Don’t be afraid, lead the way.