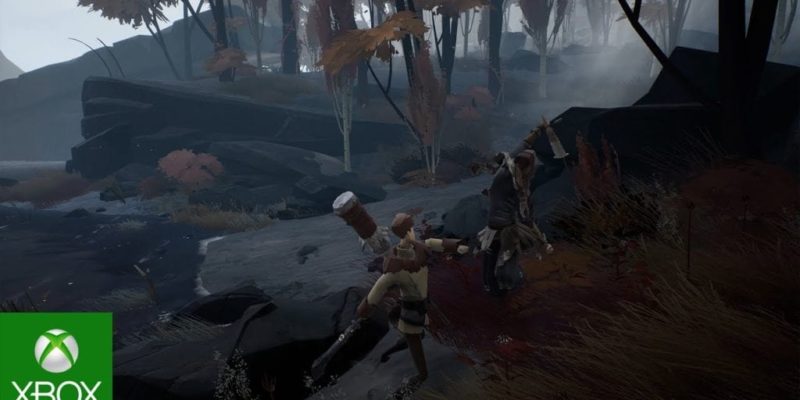 Along with the expected heavy-hitters, Microsoft’s E3 2017 event included trailers for several indie games. A great many of these have already been announced (or in fact already exist) on PC, so here’s a round-up of those titles. Plus the new trailers they got today.

Third person melee game with passive multiplayer, based around a land of ash. It’s going to get a lot of comparisons to a certain videogame with Souls in its name, whether it deserves it or not. First announced back in 2014, but now seemingly close to release. Judging by the language around it (“console launch exclusive”) the PC version should be out around the same time.

Fullbright’s next title, in which you explore a high-tech space ship in 2088. Tacoma now has a release date of 2 August. As somebody who lives in Washington State I am now contractually obligated to say this has nothing to do with the city of Tacoma. At least, I’m pretty sure it doesn’t.

This co-op FPS has been knocking about on Steam Early Access for a while. Due for a proper, full release some time in 2018 on PC.

One of those Hunger Games style ‘Battle Royale’ titles that are the new hotness right now. Originally announced back in March, The Darwin Project was (at that time) supposed to appear on Steam Greenlight in the Autumn of 2017. Greenlight is discontinued now, of course, but the plan may still be to go through Valve’s replacement system (Steam Direct). Unless it’s now a Windows 10 exclusive, of course. It’s hard to be sure.

An unsuccessful Kickstarter in 2016, it looks like The Artful Escape was picked up by publisher Annapurna Interactive. It re-emerged at PAX East in March 2017. This multi-verse spanning platformer about music and musicianship was originally going to be on PC, so that should still be the case.