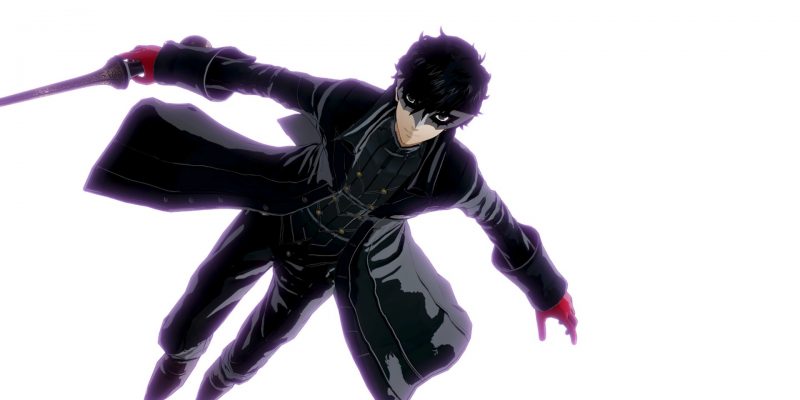 The third boss of Persona 5 Strikers is where things start to move up a notch. Despite her size, the Sapporo Jail boss fight of Persona 5 Strikers, Snow Empress Mariko, is no slouch. She has a few interesting mechanics, and will likely kill your AI allies a bunch. This was about the point I learned not to rely on them too much.

That said, when you know what you’re doing (and if you’re not expecting the AI to help too much), she isn’t too bad. Let’s take a look at her strengths, weaknesses, and moveset, and go over how to melt this ice queen. Empress. Whatever.

We’ll also go over the EX refight you can take on in the post-game. Note that this isn’t the same as the boss refight that will be made available soon after you first win — the EX fights are endgame stuff, which are only made available when you’re clearing up the last bits of Persona 5 Strikers. 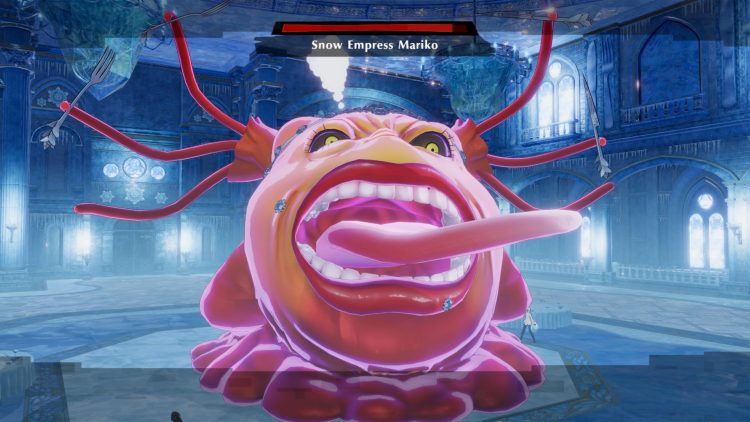 If you’ve been paying attention to the plot stuff so far, you’ll have already realized you want Haru in your party for this one. If a dungeon’s plot heavily involves one character (Ann for the first, Yusuke for the second) then they’re a good bet for the boss fight, and that’s true here. In this boss fight, Snow Empress Mariko isn’t just weak to Psi: it will routinely inflict Technical hits on her for more damage because of her moveset. Surprisingly, though, no weakness to Fire!

Most of her attacks are Ice-based, but there aren’t too many that need discussing. Get Lost is worthy of note because that’s a big AoE that sweeps around her and primarily hits behind, which will catch the AI out. When low on health she’ll also cover the arena in one of those slowing blizzards, but Futaba will hack one of the heaters in a random corner. Dash towards it and switch it on ASAP. 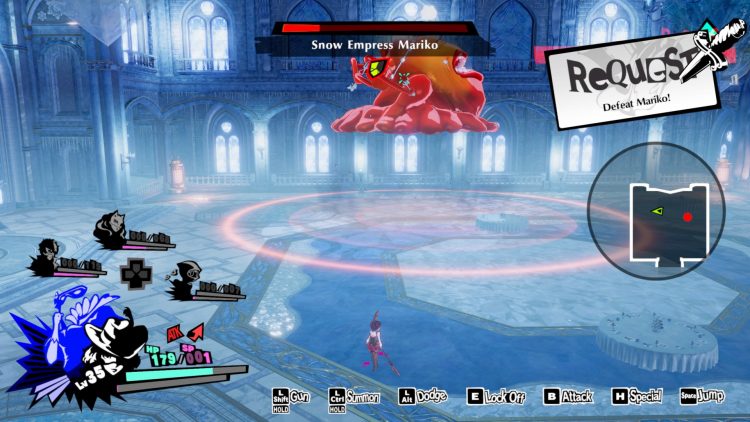 Take note of every AI party member being dead. (Also, Ann was a bad choice. I expected a Fire weakness.)

Dinnertime is the other “main” attack worth noting. She’ll dash towards a character and try to eat them. To knock them out of her mouth, drop a chandelier on her head. This can’t be avoided the first time, but in subsequent casts she’ll try to use it on you (unless someone else gets in the way). The trick here is to stand behind a table, as she’ll eat that instead. Yes, really.

While she’s weak to Psi, you might want to conserve some SP because she’ll regularly go into a rage and turn red. The thing is, she literally Rages here — as in, the status effect. The one that causes Psi to cause a Technical, which does even more damage. Wait for Rage and then unleash Psi attacks on her to do heavy, heavy damage. Bonus points if you have Haru’s Master Art that lets her keep Psi attacks going for longer periods.

This is the first fight where the AI are likely to get themselves killed regularly, so it might go on a bit longer than expected. If you can stay away from Get Lost and avoid or nullify her Ice attacks, though, it shouldn’t pose too much of a problem for you. 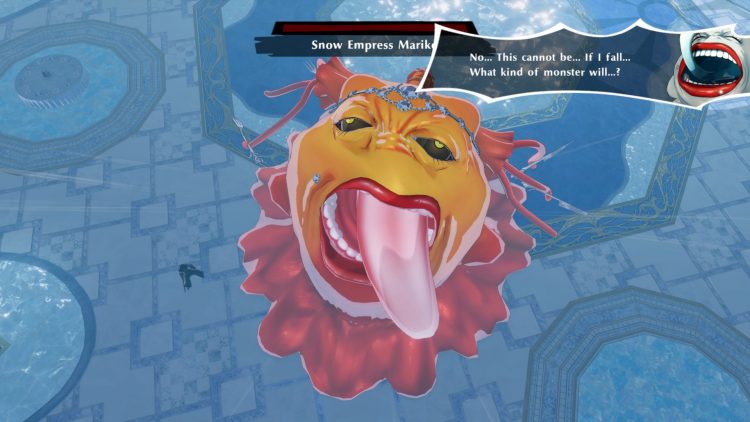 This will take about 30 seconds.

This one’s going to be short, because it’s laughably easy if you do one thing: take Forneus as your Persona.

Forneus nulls Ice, which completely neuters the vast majority of her attack pool. Not only that but its attacks in combos are Psi, so Snow Empress Mariko gets utterly destroyed by this. You still need to watch out for her physical attacks, and she has a few tricks (she’ll create a slowing blizzard more than once), but honestly? Compared to almost every other refight, Snow Empress Mariko’s refight is a complete piece of piss with that one Persona.