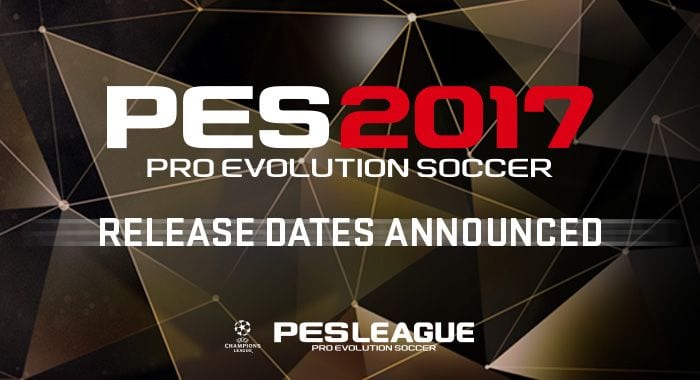 We’re getting closer to football game season and today Konami has revealed the release date for PES 2017.

This next installment will be released on 13 September in the Americas and 15 September in Europe and Asia giving the game a couple of weeks headstart in its rival FIFA 17.

This year’s offering will once again be powered by the Fox Engine and is founded around the ‘Control Reality’ ethos. Among the advancements are improvements to the passing and first touch elements of the game as well as big enhancements to goalkeeping. New advanced instructions and total team control have also been added, all of which could have big ramifications for the upcoming PES League season.

Last year’s offering on the PC was slightly disappointing so hopefully this year the PC version will be up to scratch.

Civilization VI to use DirectX 12 and Async Compute