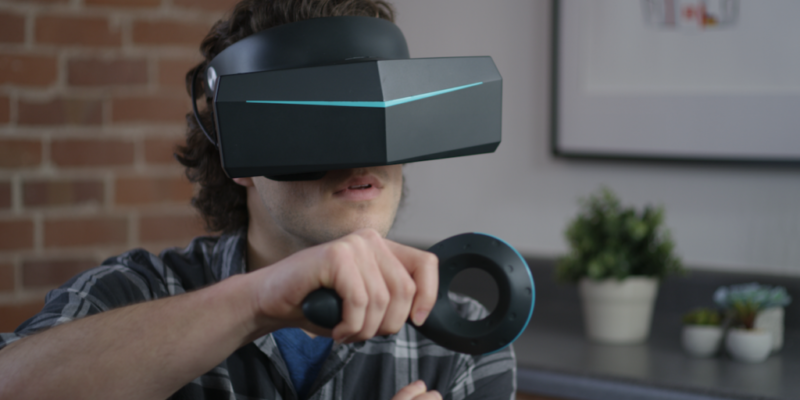 Pimax unveiled its lineup of VR headsets and accessories at CES 2020 today. You’re going to need some serious hardware if you are thinking about getting their top-of-the-line model, though. The Pimax 8K X is looking to be one of the most powerful VR headsets on the market.

The King of VR

The Pimax 8K X has dual native 4K panels and an “advanced full RGB pixel matrix.” The company claims that the headset will have the best image quality of any VR headset on the market. Also, it claims that the Screen Door Effect — an artifact where users see visible lines separating pixels — is nonexistent. Expect to have a very wide field of view, as well; the 8K X has 200° diagonal, 170° horizontal, and 115° vertical fields of view.

The base refresh rate of the 8K X is 75Hz while in native resolution, although upscale mode supports up to 120Hz. 75Hz itself is a pretty fine refresh rate, and I find that it’s around the sweet spot for most of my games where I start noticing diminishing returns as the FPS grows higher. One of Pimax’s other new headsets, the 5K SUPER, can reach up to 180Hz, but its dual panels are at 2560×1440. 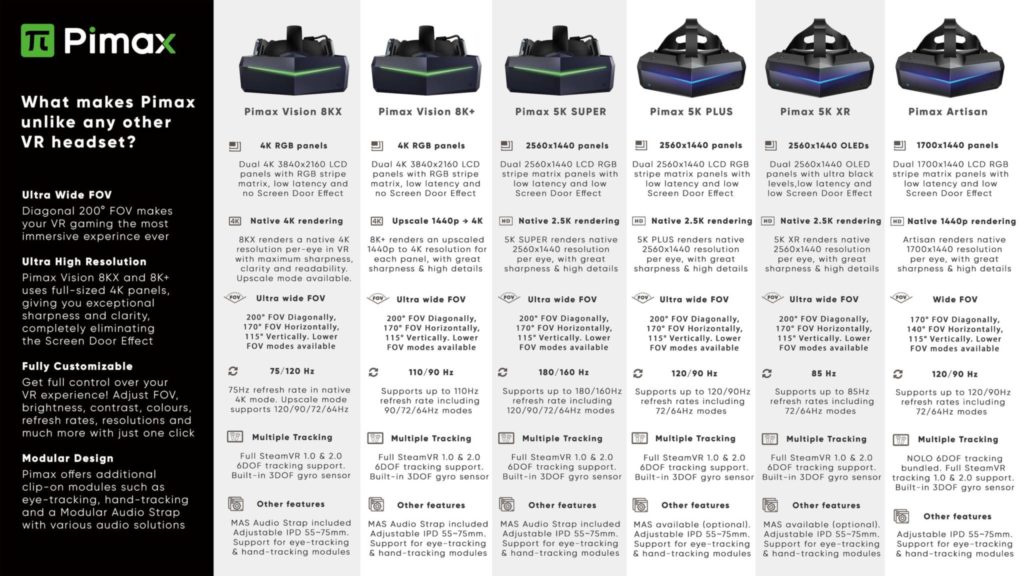 The 8K X retails at a whopping $1299, but you are getting a serious piece of hardware if you purchase it. If you include a Valve Index Controller and Base Station, the price jumps up to $1828. Also, Pimax has several other models available. The Vision 8L+, 5K SUPER, and others provide high-end VR but at a slightly lower price point than the 8K X. The Pimax Artisan is designed as an entry-level headset and retails at $449.

Pimax focuses on delivering high-end VR headsets. The company started out with a Kickstarter campaign that raised over $4 million, and it released its first headset, the Pimax 4K, in 2016. Read more about Pimax’s lineup on its website.