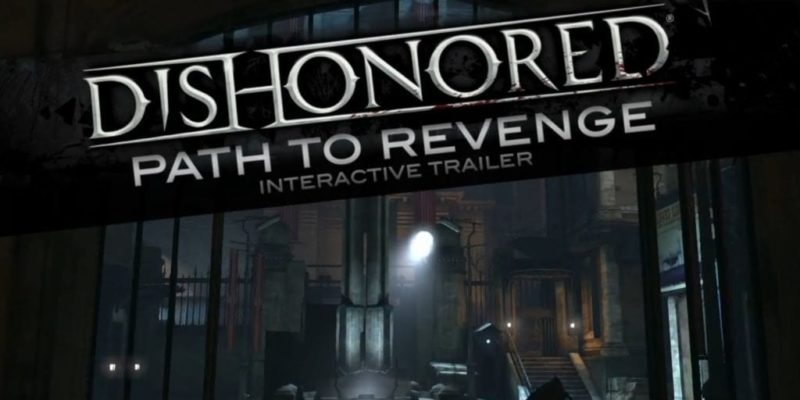 The amusing thing about this interactive Dishonored trailer is that most of it is executed according to plan. In reality, if I chose the ‘stealth’ path I’d probably screw it up a few times by bumping into tables and alerting half the nearby guards. But damnit, it would be fun.

This ‘Path to Revenge’ trailer assumes that the person playing is actually competent, so you can feel pretty secure in your interactive choices. It also achieves its purpose; showing off the range of options open to the player at any given moment in a mission.

Be warned, it’s a bit spoilery (in the sense that you see quite a bit of an early level). If you don’t care about that, step one in this Choose Your Own Dishonored Adventure is below. The game is released on 9 October for PC, Xbox 360 and PS3.

The Collectors are coming to Mass Effect 3 multiplayer