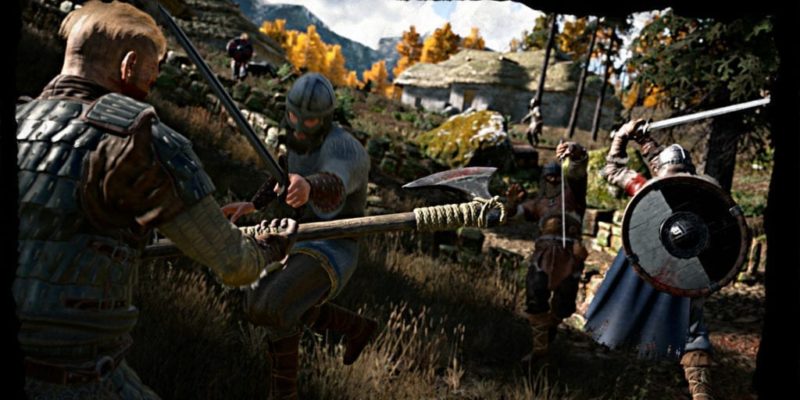 The battle royale scene shows no signs of slowing down, and developers are eager to bring more innovation to the genre. One such team with a promising premise is international developer Blackrose Arts. Hailing from Kiev, Ukraine, this experienced team has an exciting battle royale product in the works that offers a new spin on combat. Here’s an in-depth sneak peek at the upcoming Viking slash-em-up, Valhall.

Save the Nine Worlds from destruction

Valhall takes a rather popular theme in a completely different direction. Assuming the role of one of Odin’s warriors, players must traverse the nine different realms of traditional Norse mythology. In this free-for-all Nordic hacker, players battle for the sword of Odin, deemed the only weapon capable of stopping Ragnarök, the apocalypse of Scandinavian folklore. With the game’s setting being the afterlife, death is but a mere setback here.

Each of the playable realms offers different obstacles, pitfalls, and seasons, making battle royale a game of many factors. There are numerous aspects which separate Valhall from the many other Norse-themed multiplayer games out there. One such area is the combat.

Fluid, non-restrictive combat is a major selling feature in Valhall.

Blackrose Arts places major emphasis on combat in Valhall‘s gameplay. Expressing their desire to simulate real Viking warfare, the movement and combat themselves are as dynamic as can be. Players move around freely, with fairly little encumbrance. This is quite reminiscent of older FPS and RPG titles such as Doom, Counterstrike, and Everquest, where characters moved fast and dodged with ease. Many of the mechanics are also reminiscent of medieval hack-and-slasher Mordhau, with first-person swordplay galore.

That said, Valhall also offers a third-person option as well, putting the player’s preferences first. This could serve as an interesting choice in a game with such realistic combat. While third-person allows for better visibility and offers better aesthetics, first-person could aid in greater accuracy. Both perspectives may be used on a situational basis, however, with players able to freely switch between the two. 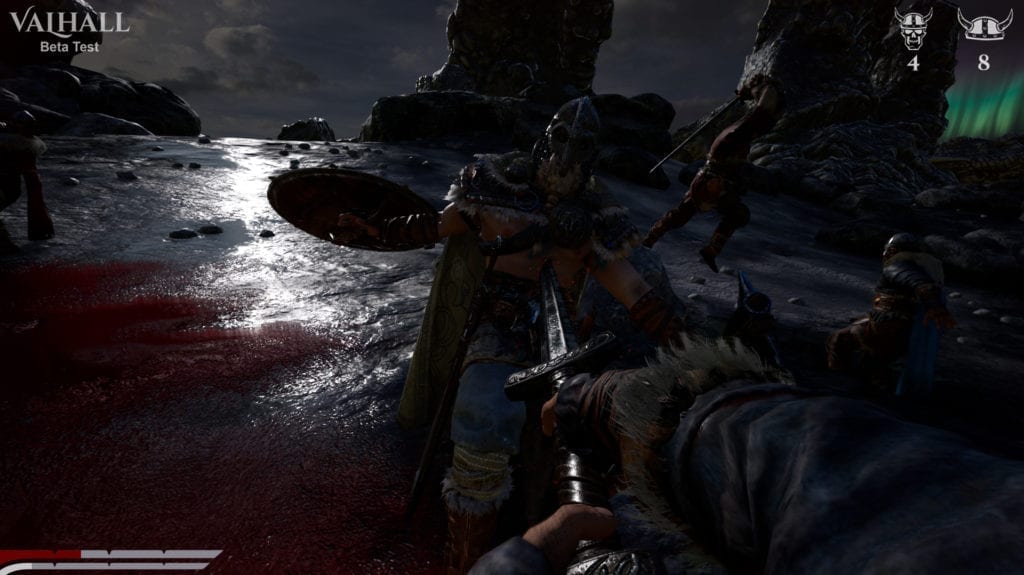 Combat in Valhall has many layers

The actual fighting and controls in Valhall bring a lot to combat. Players can slash from many angles, depending on where they aim. For the time being, the controls are somewhat straightforward at first glance.

You use your left mouse button to swing your weapon. However, moving your mouse while doing so is essential in landing a striking blow versus sacrificing the innocent birch tree behind your enemy. There’s also dynamic dodging present in the game, which can be used to the player’s advantage when strafing fails. However, like many other abilities in Valhall, dodging drains your warrior’s stamina, so it must be properly managed. Stamina management appears to be an important aspect of the game, much like For Honor.

The game also offers skills such as sliding, allowing Vikings to get the jump on their opponents. These elements all come together in what seems to be a fluid and heart-pounding combat experience. Vikings will have to think on (and sometimes off) their toes in close-range. Which brings us to its next major mechanic: ranged combat. 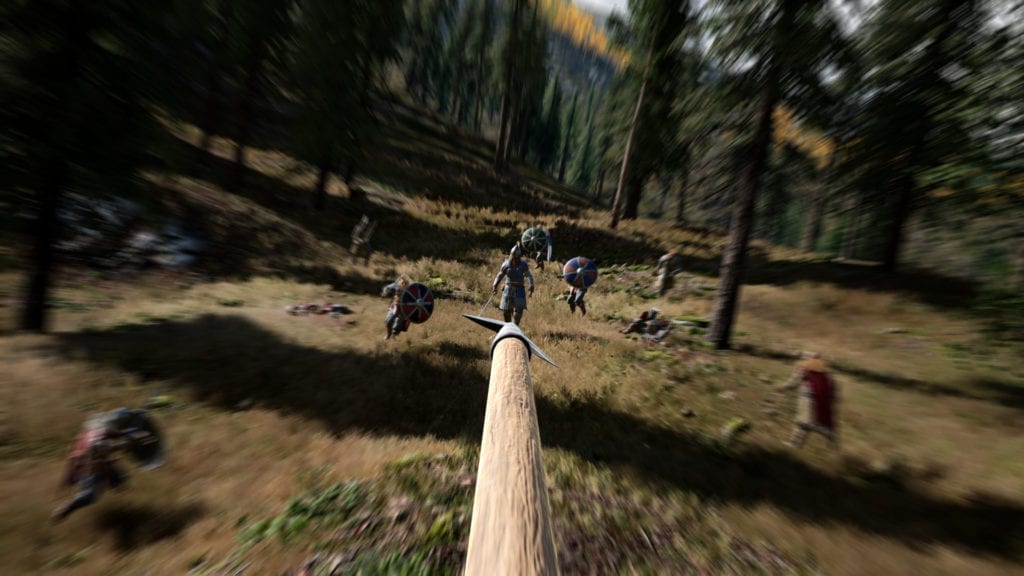 Archery won’t be a breeze in this game, but mastering it will pay off.

Ranged combat is no cakewalk in this world

With all this hype over swinging swords and axes with reckless Nordic abandon, the most natural inquiry to make next is over ranged combat. Valhall will also offer archery in addition to close-range melee fighting. However, this isn’t exactly like the archery players may be used to.

The Viking ranged weapon of choice, the longbow, doesn’t have any crosshairs. This means that aiming will have to be mastered all on one’s own. The bow’s range is also entirely dependent on how long the player pulls their arrow back for. Longbows will also sway until the player stands completely still for a period of time. This adds surprising depth to ranged combat, making archery one of the more hardcore and realistic features in the game. 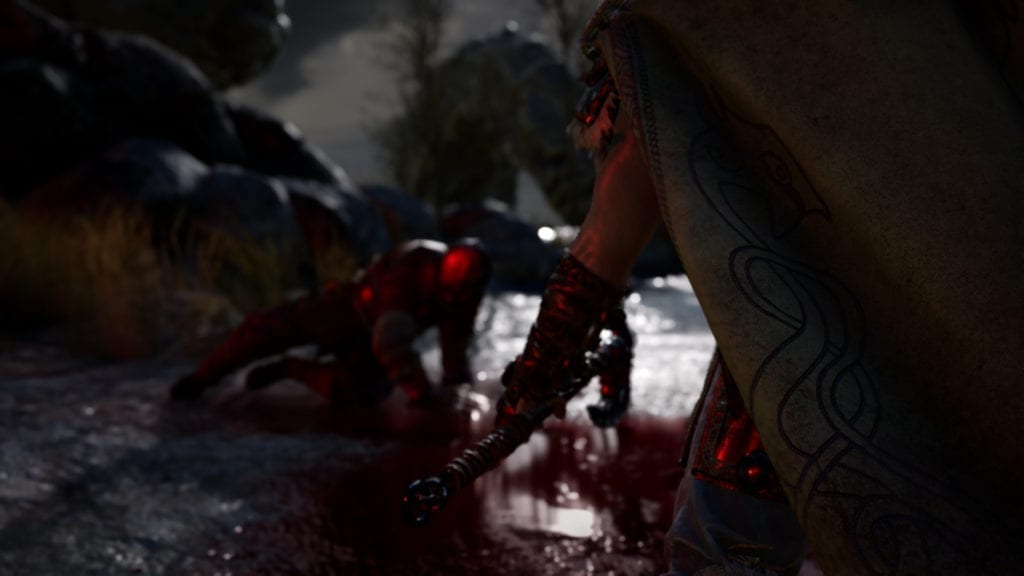 Warriors will have to manage their stats accordingly in this battle or face the consequences.

No fight or flight option in Valhall

The developers have put a lot of consideration into exploitation while developing Valhall. Taking cues from many of their supporters, they’ve implemented several features to prevent players from hindering their envisioned gameplay.

One feature worth mentioning is the tying of player movement with health. As the devs explain, in many player-versus-player games, opponents would opt to simply flee when the battle seemed unwinnable. Blackrose Arts has incorporated this in a way where the lower a player’s health is, the slower they move. This prevents players from depriving other players of hard-earned victory by allowing them to catch up to their mortally-wounded opponents. This also adds an element of finality to combat and will force players to choose their battles wisely.

Another clever feature of this Viking battle royale title is a solution to a longstanding problem in online gaming. Many titles which offer third-person perspectives have a major ‘peeking’ problem. This long-utilized exploit involves a player hiding behind a wall or inside a structure in the game world, then rotating their view until they have an unfair view of what’s in front of or behind them. Unsuspecting opponents, unable to see the other player from their perspective, risk an unrealistic ambush due to this. The developers have fully done away with this, stating that they aim to eliminate as many immersion-breaking elements as they can in Valhall. 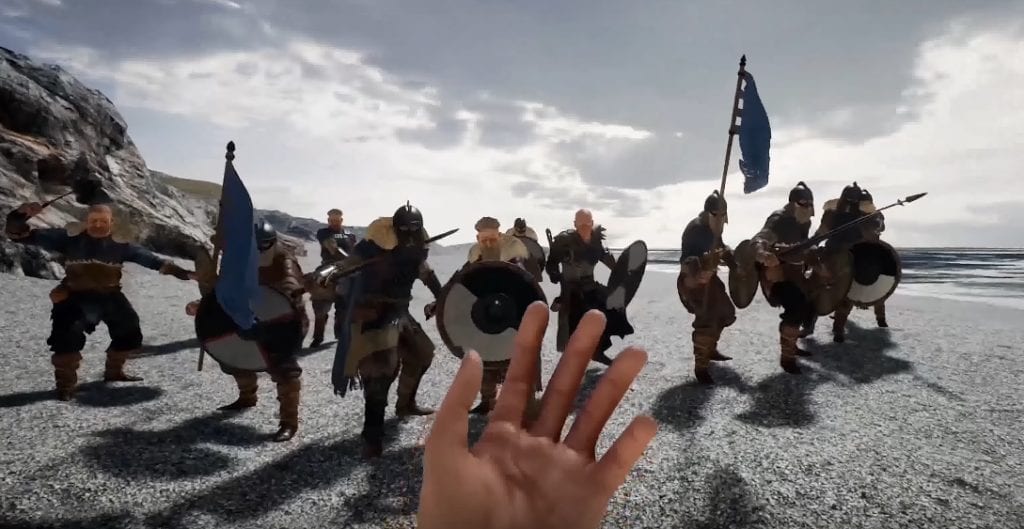 Valhall‘s siege mode is sure to offer a different style of gameplay than its battle royale counterpart.

The developers promise that the online game, while having battle royale as the flagship game mode, won’t be limited to that. Another mode, Siege, has recently been announced. This mode serves as an introduction to battle royale and looks to be more team-oriented than the aforementioned one.

Where does Valhall’s development currently stand?

As of this article, Blackrose Arts’ title is in alpha testing. They expect beta testing to start anywhere from one to three months from now. Backers will have free access to the beta from the start, as well as many in-game items as a thank-you for supporting the title in its earlier stages. Interested? You can follow Valhall via their IndieGogo page or on Steam.

Valhall seems to have a lot to offer the battle royale scene, from its stunning visuals to real-time combat. It will be interesting to watch this exciting new Norse battlefield flesh out before our eyes.