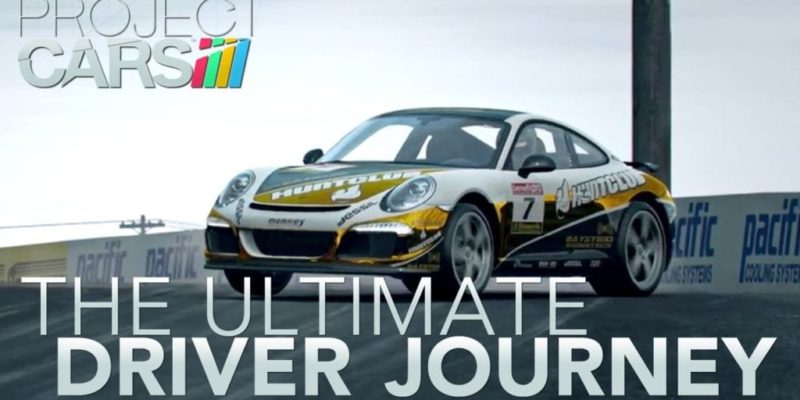 Namco Bandai are now in the distribution driving seat.

Namco Bandai (or Bandai Namco … or Bandai Namco Bandai) has announced it will be distributing Slightly Mad’s Project Cars around the world. It will deliver copies of the game to every physical retailer and digital outlet via fancy sports cars, in-keeping with the game’s theme. That last sentence was a lie.

Ever the masters of understatement, Namco Bandai are describing Project Cars as the “most authentic, beautiful, intense, and technically-advanced racing game on the planet.” Wow, steady on there. I mean it’s good to be confident, but those are quite bold claims.

In case you were unaware, Project Cars is a crowd-funded title that was gathering up cash long before the Kickstarter craze blew up. It’s been quietly gathering momentum through various alpha and beta stages, with help from the funding community, and will now be released in November. Initially, I think it was a PC-only project, but now seems to be coming to consoles as well.

It’ll look nicest on PC though, and will have the benefit of Oculus Rift support too. When the trailer (below) says “all footage from gameplay,” I’m pretty sure it means all footage from PC gameplay.

Project Cars is going for a “realistic” racing feel and will have both offline and online modes. It’ll use an updated version of the Madness Engine, found in Need for Speed: Shift (a prior Slightly Mad release.) Expect around 50-some cars and tracks in the initial base game, as well as dynamic weather and exciting phrases like “deep tuning.”

The game is due in November.