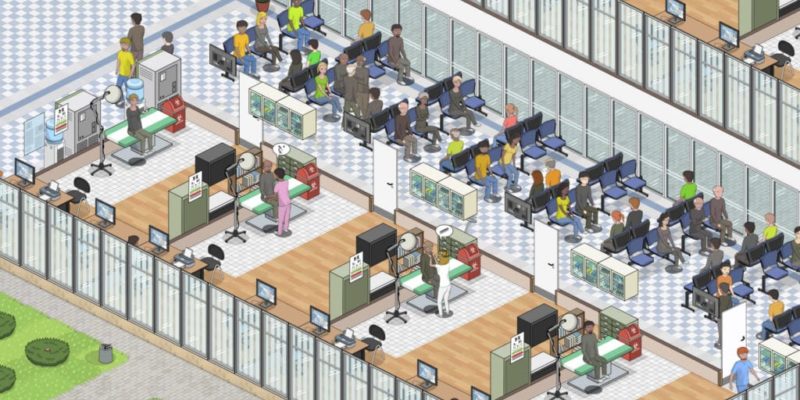 The team behind this game have worked on titles such as Mafia II, Mafia III, Quantum Break, Top Spin 4 and Euro Truck Simulator. Quite a mix of experience. In this game, players will have to build their own hospital or use predefined templates before jumping in as a doctor to heal the sick. There will be stacks of objects to fill the hospital with before getting down to the task of staff management

There’s plenty of detail being added to the game such as acquiring patients from insurers (no NHS here!), carrying out examinations, lab tests and using equipment to diagnose cases. Everything you would expect in a busy and stressful hospital environment.

It’s hard to gauge if Project Hosptial will manage to capture the same quirky feel of 1997’s Theme Hosptial, but fans of that classic might want to keep an eye out for this when it releases in 2018 on Steam. It’s been too long since a decent hospital management sim was released.

The Project Hospital official website is now live and there’s the first batch of shots and a trailer as an introduction to the game.