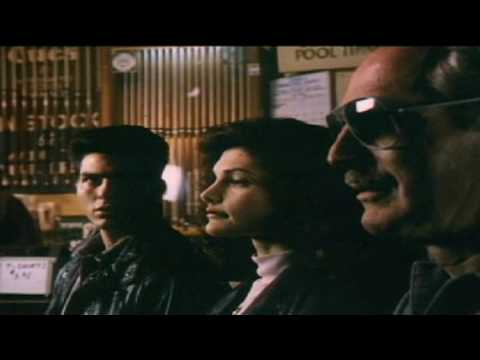 Unless you play professionally, a lot of what constitutes a good game of pool relies on circumstance and atmosphere. When I still lived in a small town in the North of England (the kind of place with a bar or pub for every other shop in the high street,) my pool joint was the upstairs of a place one sticky floor away from being dive bar. The room itself was pretty dilapidated, but one of the tables had a busted coin mechanism and could basically give you free pool all night if treated with care. Many a memorable evening was spent up there in fine company.

Pure Pool opts for more refined surroundings. The bar is spacious. There’s a lot of glass and subtle mood lighting, and it’s busy enough to provide an underlying background buzz. The tunes being played aren’t quite challenging enough to constitute jazz, but are smooth enough for tolerable ambience. It kind of reminds me of a Thai restaurant I went to once in San Francisco. Very different from my real life pool experiences, but pleasant enough all the same.

I’d get a drink, but it’ll probably cost about $8.

That backdrop is important, because Pure Pool goes for a sort of hybrid approach between acknowledging that this is a videogame interpretation of the sport and attempting a sort of naturalistic simulation. Shots are telegraphed (on lower difficulties, at least) with the line which both target ball and cue ball will follow after being struck, but this doesn’t extend to shots off the cushion and fades out at longer distances. Attempting to sink a shot that would be pretty simple in real life is a piece of cake, but when trying to pull off any kind of double-cushion ricochet action the game pretty much leaves you on your own.

This extends to the view Pure Pool gives you of the table. For the majority of the time you have a fairly narrow first-person FOV, looking down the line of your cue. If you want to get a better overview of the table, there’s no videogame-esque top down view to go to. Instead, you have a “stand up” button that emulates a little stroll around the table itself.

It’s an interesting approach. One that feels partially limiting, but for commendable design reasons. I wouldn’t say the view provided at table level is exactly realistic, as there are situations where in reality you’d just turn your head to look at a pocket but instead have to either stand up or spin your cue all the way around the ball. But they’re artificial confines that exist to support the model of distant or elaborate shots being harder to pull off than straightforward, close-up stuff, and in that context they just about work.

If I could only turn my head, I’d look at that right-hand pocket.

Shot power is emulated in a somewhat natural way too, controlled by pulling back on the right analogue stick (or mouse) and then shunting the cue forward. There’s no power bar, so the only visual indication you have is how far back you’ve pulled the cue. It takes a little getting used to, but after a couple of matches you should have a feel for it.

Although it’s possible to add spin to the ball (and finesse the shot, which basically just gives you finer control over lining it up,) you probably won’t be doing any monumental tricks with ridiculous swerve or jumping out of snookers. Pure Pool also has a bizarre insistence on inverting the x-axis, so when trying to place the ball after a foul, left is right and right is left. Quite why it would be set up in this utterly bonkers way, I have no idea. There’s an option to reverse it in the menu, but at the time of writing it does absolutely nothing.

That oddity aside, I favoured a controller during play because the tactility of the analogue stick felt a little more comfortable to me than pushing the mouse. Both seem to be perfectly viable options.

Table physics, at least to my rather amateurish pool eye, seem fine. Perhaps a little skittish at times, but substantial and weighty sound effects when the balls connect help to mitigate this. When the pressure’s on to pot the black, the lights dim (making it intentionally harder to aim) and a heartbeat softly thuds. Make the shot, and you’re rewarded with a like-for-like Color of Money side-on cinematic of chalk flying from cue.

Somebody behind the bar knows exactly when to dim the lights for match-winning shots.

If you’re hoping for a vast selection of pool game types with quirky ‘house rule’ modifiers, Pure Pool’s virtual bar is not the one to visit. It puts an emphasis on US style 8-ball and 9-ball modes, with the single player career mode deviating into options like Killer and Accumulator on occasion. Side attractions like speed potting exist in both career mode and as stand-alone challenges (with global leaderboards) too.

Since I’ve only ever really played UK 8-ball (which, ball colours and minor foul rules aside, doesn’t seem all that different from US,) I can’t really speak for the accuracy with which these are implemented. Pure Pool doesn’t go out of its way to teach you the game, and having some idea how to play in advance is a definite bonus, but the guidance on the laws of each mode is there in text form if you need it. You’ll need a modicum of strategic pool knowledge to take on the higher level AI opponents though, because they’ll crucify you for foolish errors. Thinking further ahead than just your current shot is vital.

The career structure itself is function if unspectacular. Higher levels of difficulty (master and pro) have to be unlocked by winning multiple tournaments. These are themselves locked by a star system similar to something like the Trials games. Each match in a tournament layer gives a maximum of three stars (with stars awarded for things like “pot two balls off the break”; not easy if it’s a one frame match your opponent is breaking in,) and a certain amount are required before you can move on to the next bracket. Only a proportion of stars in each tier are necessary to move on to the next one, but accumulating as many as possible helps in the long run.

You can change the colour and logo of the table, if shocking pink is your thing.

When you tire of single player, the obvious move is to take your skills online. At least, that would be the obvious move if Pure Pool’s PC servers actually worked. At the time of writing (five days after release,) they do not. The closest I’ve come to issuing a fellow player with a challenge is seeing a spinning 8-ball just before being informed that the Pure Pool servers are offline. Again.

As a result, I can’t really comment on how good the matchmaking might be. You can, in theory, either do a “quick match” or issue a specific challenge (to 8-ball, 9-ball, Killer or Accumulator) to another online player. Whether it’s possible to do things like filter out players who’re using the lower difficulty guidance lines I don’t know.

Whether it’s this game or Battlefield 4, at IncGamers we review titles as they are, not as they might be in some hypothetical future scenario where their servers suddenly work better. Pure Pool’s online might come back in a day or so, or it might be a week, or it may never be properly fixed. Right now it’s barely functional, and that removes a huge portion of the game.

I was, in a very brief window when the servers were up, able to download a couple of ‘DNA Players’; AI approximations of real people based on their play-styles. It’s extremely difficult to assess how accurate these are (confirmation bias would be a massive problem,) but they do appear to behave in a slightly quirkier fashion than the coded AI. DNA players seemed more prone to mistakes like potting the black early in 8-ball, for example.

Were it not for the glaring problems with online play, Pure Pool would be a tale of a solid pool model surrounded by minor annoyances. The menu interface is rudimentary, unskippable camera movements after each shot are maddening during timed challenges and the AI sometimes takes an inordinate amount of time over shots (I half wonder if it’s trying, and failing, to contact the dysfunctional servers when it’s doing this.) Occasional hard crashes also spoil the show.

It’s a shame, because the actual activity of playing pool feels just about right. VooFoo have found a neat balance with the natural tactility of planning and taking shots, without veering too far into the overt videogame realms of power bars and guidance lines everywhere. Free play is available as soon as you load the game up, and an AI or Online match are (at least in theory) just a couple of clicks away. As you’d imagine for a game of this type, single player matches get a bit pedestrian after a while, but that wouldn’t be so much of a problem if the multiplayer aspect actually worked. The fact that the game has been on sale for several days and still doesn’t have consistent online functionality cannot be excused. Unless you’re happy just playing single player, Pure Pool is best avoided until it’s clear their servers are fixed.

Warlords of Draenor cinematic reveal and release date on 14 August