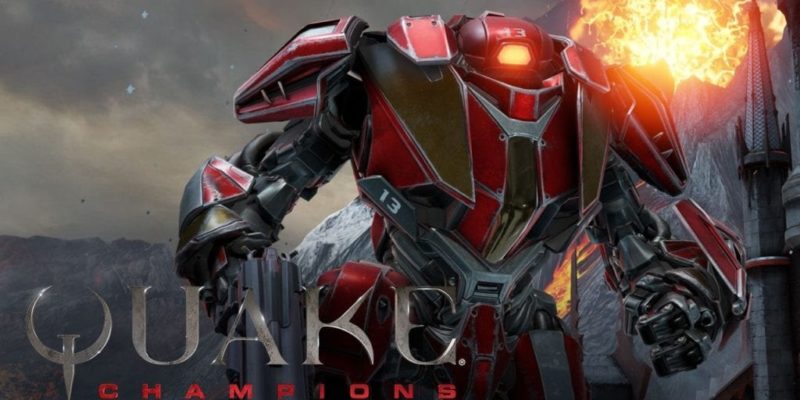 The latest Quake Champions spotlight video takes a  look at the robotic character called Clutch. This mining robot has been altered to become an organic killing machine and he’s on a mission to destroy all signs of life in the Quake Champions arenas. His main ability is his barrier shield and he also comes with a passive called Still Defense.

Active Ability – Barrier: Whether you’re in team games and want to protect allies, or just need a quick save in Deathmatch, throw down Clutch’s  Barrier Active Ability to block incoming attacks for a limited time. This large force-shield once protected organics and drills in the mines, but in the Arena, it serves as a solid defense against enemy Champions.

Passive Ability – Still Defense: Got some aggressive, rocket-happy bunny-hopper coming at you head-on? With Clutch’s Still Defense Passive Ability, stand strong and gain 20% damage reduction against incoming attacks while walking or standing still. In addition, running forward without changing direction will increase your speed. Handy in the mines, devastating in the Arenas.