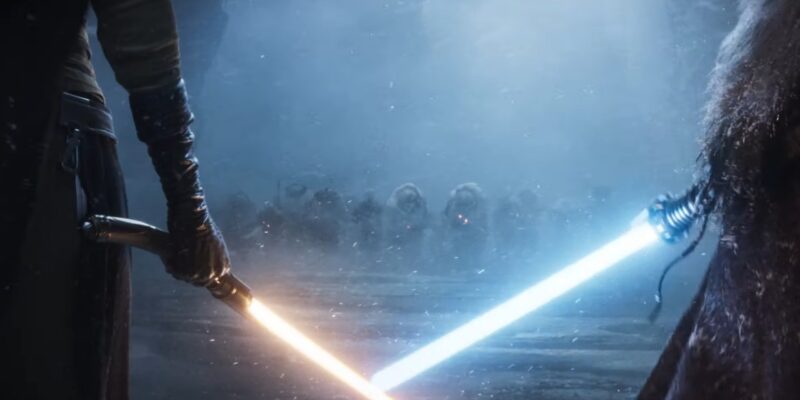 As The Game Awards 2021 kept chugging along, so did the video game announcements and reveals. As the scene rolled on with massive drums and its mysterious percussionist, it was difficult to guess what we were looking at. It wasn’t until the Lucasfilm Games title card stepped out of the shadows that it was apparent were getting baited with something Star Wars-related. At the tail end of the reveal trailer, we found out that these familiar scenes and faces will be found in the upcoming Star Wars: Eclipse, developed by Quantic Dream.

There isn’t much to go off in the trailer in terms of gameplay. However, the rest of the images and areas shown start to paint a picture of what’s to be expected. From droids, bustling markets, and even a brief scene featuring Yoda, it’s already placing the expectation level fairly high given the juicy bits shown in the trailer.

There’s a big question as to what type of game Star Wars: Eclipse will be. If it’s in the same vein as Quantic Dream’s previous works, it will probably include a heavy focus on story depth. And, with the company’s previous works, there is a certain level of visual polish that drives home the immersion that the studio is known for. It seems like a great fit to fill the lack of modern story-driven Star Wars games.

Where in the galaxy are we?

As we know right now, the story takes place in an uncharted portion of the Outer Rim. It’s also the time of The High Republic or the “golden age of the Jedi.” In true Quantic Dream fashion, Star Wars: Eclipse will have outcomes based on the decisions you make. As well, there are multiple characters and abilities that each will harness.

Looking into the sun for a launch date

It’s anyone’s guess as to whether Star Wars: Eclipse from Quantic Dream will be coming to PC. As we’ve seen in previous years, more titles that were loosely associated with the PlayStation brand, like Quantic Dream, have squeaked their way onto PC. Quantic’s Heavy Rain, Detroit: Become Human, and Beyond Two Souls were all previously released on home console first. It has the potential to be a timed exclusive. However, with Sony’s new PC arm, that might be a dated practice.

Thirsty Suitors is a multi-genre mashup game from Outerloop Games