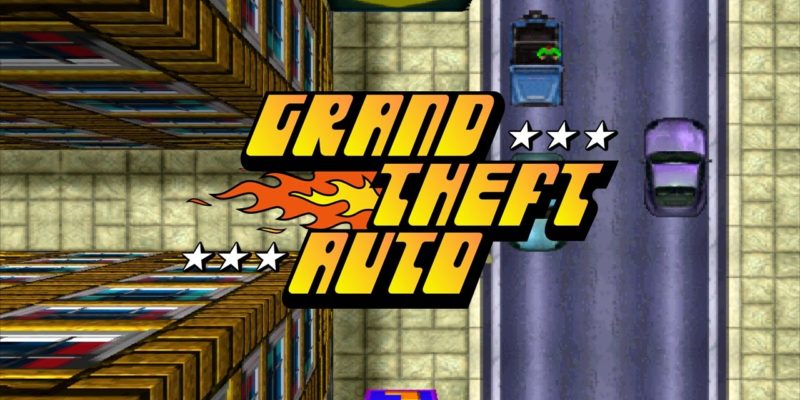 The Grand Theft Auto series as we know it today started its life in an interesting way. Like many before it, the first game was built on a foundation of experimentation and failure — and a bit of shadiness. The original GTA was a culmination of bad business, working out how to make something that isn’t a racing game, and general tinkering. If you look back at the franchise’s history and locate one key moment however, you’ll find a failure that actually led developer DMA Design Limited (changed to Rockstar North in 2002) to creating the first GTA game. This game went on to spawn one of the most successful gaming franchises in history. Soon, Grand Theft Auto V will have transitioned across three console generations, and it’s still gaining new players each year. But without a series of mistakes and certain choices in the past, it may never have come to fruition.

This is how DMA created Grand Theft Auto.

We could go all the way back to when DMA was first founded in 1987 by David Jones. Really though, our story begins when this prolific developer, responsible for games such as Lemmings and Psygnosis, was making Body Harvest. This game, requested by Nintendo, was meant to be a launch game for the brand new Nintendo 64 hardware. Body Harvest has all the building blocks that would later come together to form GTA, but it wasn’t quite there yet. There was also no way you’d see GTA on a Nintendo console at the time. For example, players travel around an open world in a vehicle that’s able to shoot the giant aliens they come across. You can drive wherever you want, which leaves the game open for some wild scenarios. 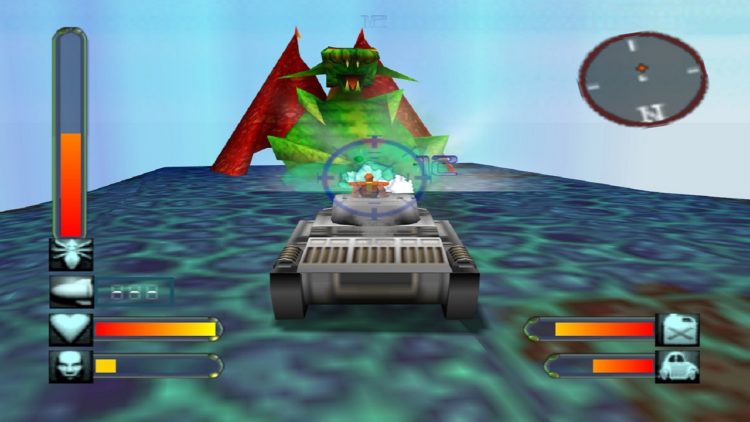 In Body Harvest, players take on the role of a genetically-modified super soldier in an open world. It received high praise when it released. However, herein lies the bad business I mentioned earlier. Nintendo had an issue with the violence in Body Harvest, and actually dropped it prior to the new console’s launch. The relationship between DMA and Nintendo wasn’t an easy one. DMA reportedly went along with what Nintendo requested, because it wanted to work with what it perceived as one of the best gaming companies in the industry.

Eventually Body Harvest would be picked up by publisher Midway Games and Gremlin Interactive in 1998 — a full two years after the Nintendo 64 launched. This insane situation, coupled with the changes that the team had been constantly working on to please Nintendo, had left everyone at DMA tired and frustrated. Following the tense years where the game was threatened to getting dropped, everyone wanted to work on something new and different. The project the team chose would eventually put it on the path to the creation of GTA.

In its new Edinburgh offices, DMA set to work on an isometric-style engine. Some of the developers weren’t pleased with the way that Syndicate Wars felt when it launched. Instead, the team wanted to try to do something different, and with a new perspective. A game was quickly started, and set to launch for all major platforms at the time, including the Nintendo 64.

As some diehard GTA fans may already know, originally this project was called Race’n’Chase. The game started out with the usual 3D perspective of a car driving in front of the player. But that view later changed. A wall was laid out, which the camera was pointed at directly. Detailing was then added to the wall so that it looked like you were staring down at a city. Roads were then created, designed to weave between buildings. Essentially this was a racing game that was just flipped onto its side.

Race’n’Chase got the internal green light, and development began in full. Most of the game mechanics and visuals evolved quite naturally as time went on. DMA drew inspiration from the 1984 space simulator Elite, borrowing the concept of an open world. It was also the inspiration for players being able to pick up missions at their leisure. This openness is one of the reasons GTA felt so accessible and free. 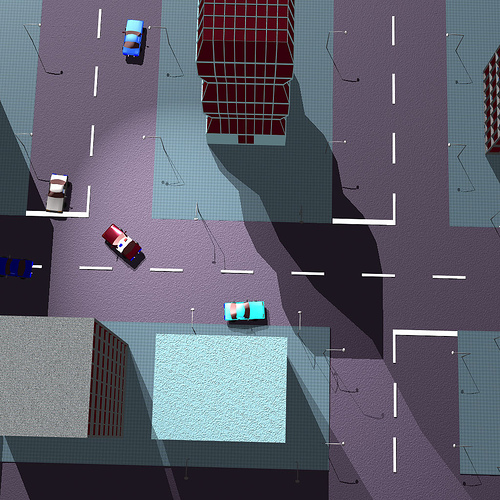 One of the key changes with GTA that made it such a smash hit was the fact that you got to play as the bad guy. Originally, DMA had thought to put players in the role of the police, but there were inherent issue with this. For example, if there was heavy traffic, only the criminals could choose to drive on the sidewalk and run down pedestrians. The concept got scrapped because no officer could conceivably do this.

Another feature, the Gouranga bonus, came about as the result of some tinkering with the living city systems. Seeing pedestrians walking one behind another gave the developers the idea of trying to run down as many of them as they could in a single line. This led to the creation of the Hare Krishna groups that can be found throughout the game. If you manage to mow down a line of them, you’ll get the aforementioned Gouranga (a mantra to mean “be happy”) bonus.

The city was originally more alive thanks to some added mechanics and features. Unfortunately there wasn’t enough memory available to run them all. For example, players could destroy traffic light controls at one point. This would eventually prompt an engineer to come out and fix the damage. Players could see happen by waiting around long enough — but it was removed. Another mechanic that didn’t make it into the game was TV crews. These guys would show up wherever the violence was cracking off. Along with a news van, the crew would make it seem like player’s carnage was making the headlines. News vans can still be found in the game, but the crews had to be cut.

GTA launched on October 2, 1997. This was one year ahead of Body Harvest, and cemented DMA’s future in the games industry. Following the game’s launch, DMA went on to work on a number of other games that would see some level of success. GTA did fail to live up to how popular Lemmings was in the short term, though. After a series of acquisitions and sales, some of the developers would get to work on follow-up games like GTA London 1961, and GTA 2. Eventually a few of the developers who worked on GTA found themselves owned by Take Two Interactive, which still owns the company today.

What DMA did wasn’t unique. However, it is an inspiring story of what you can do with your creative energy when faced with an obstacle. DMA just moved to work on GTA when it was told that Nintendo was dropping Body Harvest. It’s a move that you might find suggested online for writer’s block, or as a cure to frustration. Taking your energy and doing something completely different with it, something that you’re not as serious about, can sometimes lead to one of the best things you’ve ever done.

It’s staggering to think about what happened if Nintendo didn’t take issue with Body Harvest. Even if the team enjoyed the perspective in Syndicate Wars, GTA may not have ever existed. The game’s life hung in the balance in those moments, and the team could so easily have missed the mark. Thankfully though, a roadblock and some crazy design decisions ultimately led to the creation of a series of games that not only define a genre, but became the catalyst for so many open-world adventures that still bring us joy today. 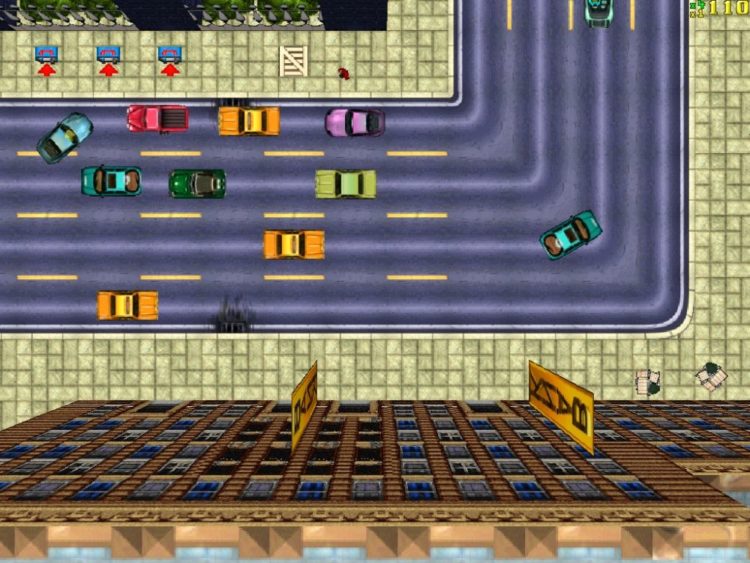 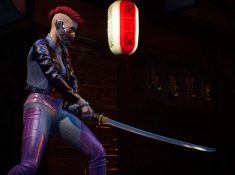 By Kevin Carignan3 hours ago 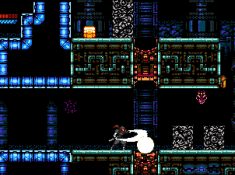 By Andrew Farrell8 hours ago 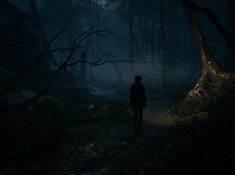 By Jason Rodriguez9 hours ago 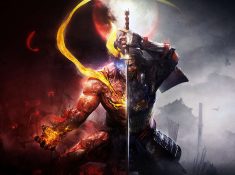 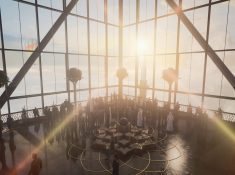 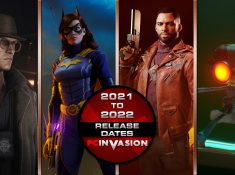 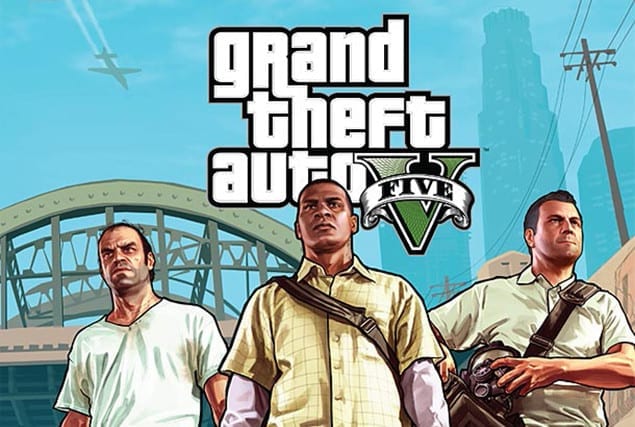