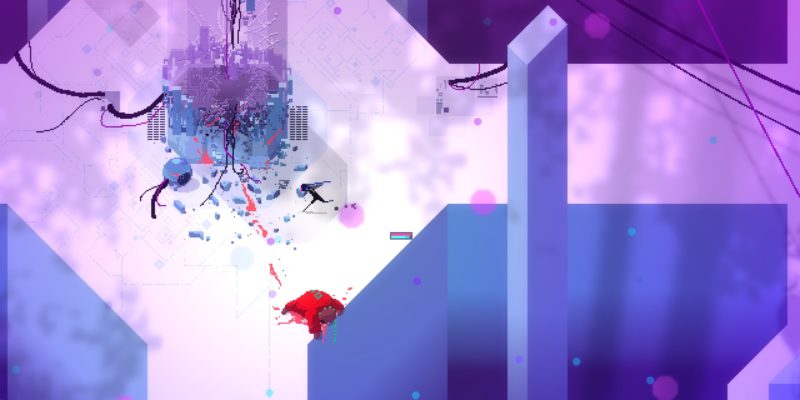 It’s a great time to be alive if you’re an aspiring game developer who can rope in some pixel artist friends to help you. The art style is half of what got me to try out Resolutiion. I though it would be one of those indie hits that I usually dismiss due to gameplay not being my cup of tea. I usually regret it later, so I thought I’d give this one a shot. Maybe I shouldn’t have.

The world of Resolutiion is… who knows what it is? The preview/demo version we had certainly doesn’t. Whatever you can glean on it comes from PR emails and Steam. It’s a technological post-apocalypse littered with mysterious artifacts of the days gone by, somewhat like Numenera if the game was loathe to give you any explanations. As you play it, you learn that you’re a scribe-turned-assassin. While the rest of your order tries to process history and render it down to something humans can comprehend, your task is to take down a group of terrorists/resistance folk. You’re accompanied by a curious AI, which is mentioned in the promotional material, but the game as it exists won’t explain that bit at all. 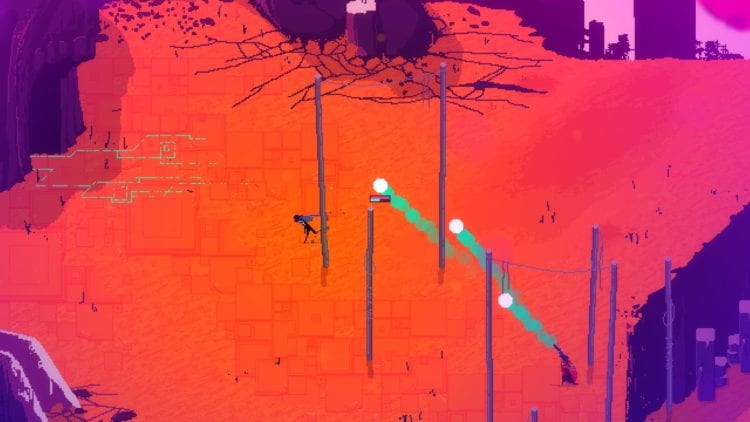 I’m a bad… something; you can’t kill me!

Resolutiion is a 2D isometric action game. You have your lanky assassin in the middle of the screen, and his health and stamina bars float nearby. This is the form the AI buddy takes outside of short dialogue screens. You can move around at a steady clip, or you can speed yourself up with a Naruto-run that drains your stamina.

As for your combat capabilities, you can slash at people. That’s it. Looking at the pixel art graphics of Resolutiion, I expected a lot more emphasis to be put on melee, with combos, blocks, and dashes. But nope, it’s just a slash, and you can technically dodge by speeding away. Very technically speaking, getting three slashes in a row counts as a combo!

You will improve your repertoire of combat skills by collecting WEIRD WEAPONS OF THE BYGONES. Said “weird weapons” include a shotgun, a minigun, and a timed explosive that goes up in a cube rather than a blast. To use these weapons, you need to hold down the “use item” button and then hit the attack key to fire (instead of slashing). This was a terrible setup in the much better miniLAW: Ministry of Law, and it is not that great here. I guess you’re supposed to find challenge in the fact that you’re trading mobility for ranged damage.

It’s not a fun trade. 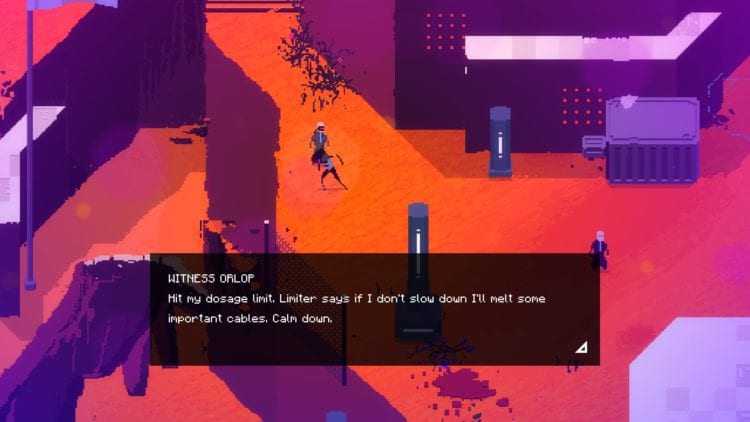 Oh no, I can’t slow down, I can’t hold back, though you know, I wish I could.

While running around in the world of Resolutiion, you’ll run into the enemies. They will most certainly have a more interesting repertoire of weapons and attacks. For example, desert nomad snipers will drop a plant that will make our character hallucinate (that is, invert the controls and fudge colors). You’ll also see such weirdness as smiley face balloon creatures that, like any blowfish-inspired enemy in any game ever, will expand and fire spikes around them.

Once you kill the enemy, they will enter a dead state. You can then finish them off with an additional whack. I don’t know what the significance of that is. But that’s the game: It does not want to explain anything. Maybe part of it is due to the demo version nature of it, but those are usually polished experiences that present a slice of the finished game. With Resolutiion, it feels like an arbitrary cut-out piece of the final product.

You know what, I would like to speak to your boss

However, one feature that is unlikely to be removed from the final version is the boss fights. Maybe one of them is in any way original. All have an obnoxious amount of ground to cover when you respawn and go in for another go.

In fact, two of the boss fights in the demo are basically back to back. Well, that’s not entirely true. One boss fight bars the way to the last of three pump switches that open the way to the zone where the last boss fight is, and you can meet some respawned enemies by traversing the area you had previously cleared. I don’t think that counts as a separate combat encounter — especially since I ran past all of them without engaging. 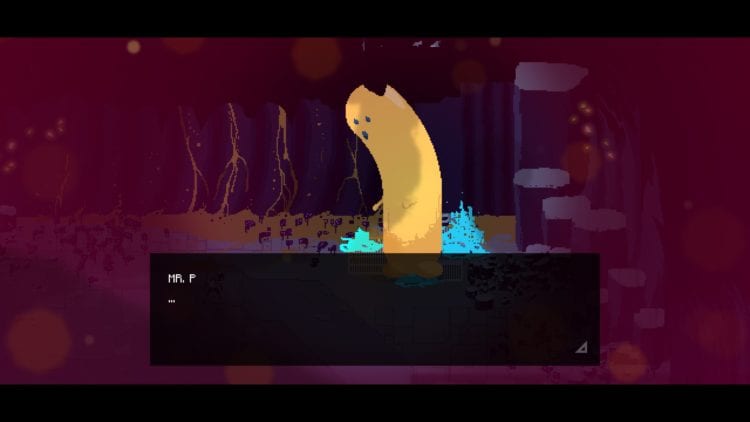 Can you say “quirky”?

Part of why I did it is the boring combat, but the other bit? There’s really no benefit to fighting and defeating enemies in Resolutiion. You don’t get health; you don’t get money, experience, items, codex entries — anything. Exploration is barely more enticing, as there’s little to be found. Aside from very obviously placed weapons, you can break certain elements of the environment — rocks, barrels and such — to find health, stamina and… gold squares? I collected 13 of them by the end of my playthrough and I still don’t know why — or what they are.

Besides discovering new EVOCATIVE AND MYSTERIOUS terrain, Resolutiion has nothing to offer to an explorer. There are plenty of empty dead ends to find. You can’t even find books, logs or new NPCs to converse with. Oh, sure, you can talk to other people, but they’ll say their line and that’s it. There’s no way to interact with them. But then again, there’s no way to interact with anything aside from bashing it. No button exists for that. If an object or a person is interactive, you’ll know from the blue hexagon surrounding them. Step in it and wait for it to read some dialogue/flip the switch. 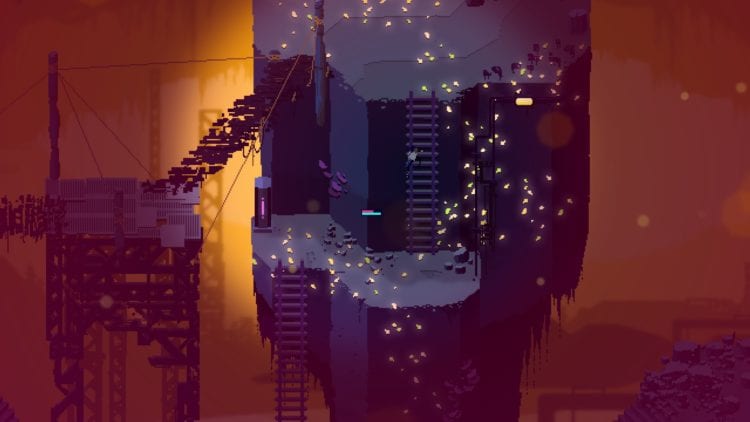 At least the art is nice.

Resolutiion is a game that may look like a treat on its Steam page, but it is a stinker in execution. It doesn’t deliver on fighting, it doesn’t reward your exploration, and you can’t interact with the world aside from fighting. Is that some wise statement? Well, the developers, so happy with the few doubts over the main characters they sprinkled around the demo, labeled the end credits with “thank you for being played,” so I doubt it.