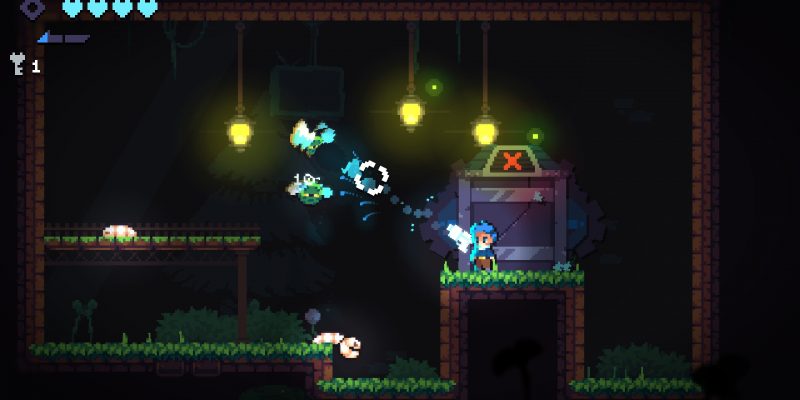 I’m often eager to try out new action rogue-lites. Even if they can look and feel rather samey, many of them carry intriguing characteristics. Revita is entering Early Access this week and brings 2D shoot-em-up action with a bit of bullet hell to the table. Along with handsome pixel artwork, the game piqued my interest when I first laid eyes upon it. At launch, Revita features the first three areas. More will be added during the seven-to-nine months it’s set to spend in further development. It’s got a load of familiar elements and a unique feature or two, but the question stands: is it worth it?

Revita places you in control of a young boy who repeatedly fights his way through a clock tower in order to defeat his enemy. When you first start the game, you’ll go through a brief tutorial before the fight begins. However, you’ll be forced to lose regardless of how well you’re doing and end up getting kicked back down to the game’s hub. Once there, it’s up to you to take the metro train to the clock tower as many times as it takes until you see things through.

The various NPCs whom you’ll find in the clock tower populate the hub in Revita. Freeing each one will allow them to set up shop to aid in future runs. At first, there are only two NPCs. One is a giant, hateful creature that allows you to unlock new powerups to find in your runs. The other watches over flowers on a tree and will give you bonuses for achieving certain milestones. 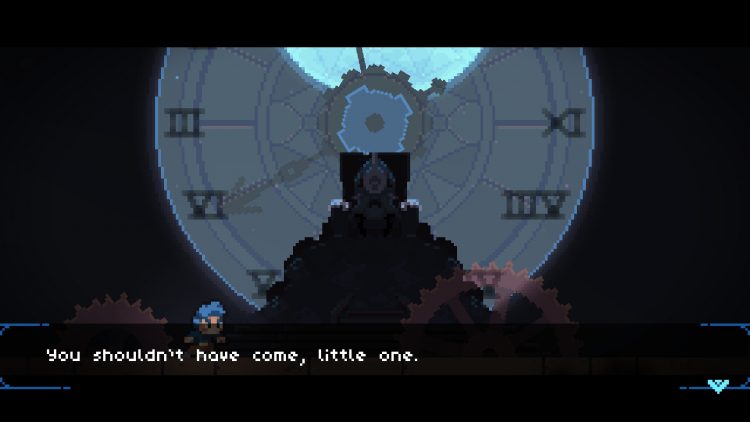 Revita‘s structure is simple. You enter the clock tower and go through about a dozen floors per area, culminating in a boss battle. Each empty room you enter will then have flashes of light to inform you of where enemies will spawn. Once they do, you shoot them until they die. When there’s nothing left to blast, the elevator will take you to the next floor. You can also use this time to unlock side doors with dropped keys that lead to pickups, chests, and powerups. When you beat a boss, you move to the next area and repeat the steps.

Combat is similarly basic. You have a gun and you shoot things with it. Only, the gun has an obnoxiously short range and I don’t find using it to be fun at all. Additionally, the enemies are dull, and fighting them is very much in the same vein. The room layouts are pedestrian and rather boring, and you’ll mostly be taking potshots at enemies from higher ground. Your character has a dash that grants invulnerability, which is indispensable for getting out of harm’s way, but everything here is so simplistic that I had trouble getting into it.

The unique aspect of Revita is that you’ll obtain most power-ups and the like by spending health as currency. As you kill enemies, they drop essence that fills a meter which allows you to regain an entire heart if said meter becomes full. But it takes a while to fill up and, by default, every hit takes away an entire heart, which is 25% of what you start with. This makes spending what little health you have on upgrades seem enormously risky. The difficulty in the game only stems from how much damage the enemies do, as there isn’t anything tricky or demanding about this title.

To put it bluntly, I’m not enjoying Revita at all. I find it unexciting and I don’t care for the combat, enemies, or health-as-currency system. The boss battles fare better, but there’s not much here to recommend. There are many similar rogue-lites that do everything better, and I’d recommend playing those before trying this one. As of now, my vote is that it’s not worth it. 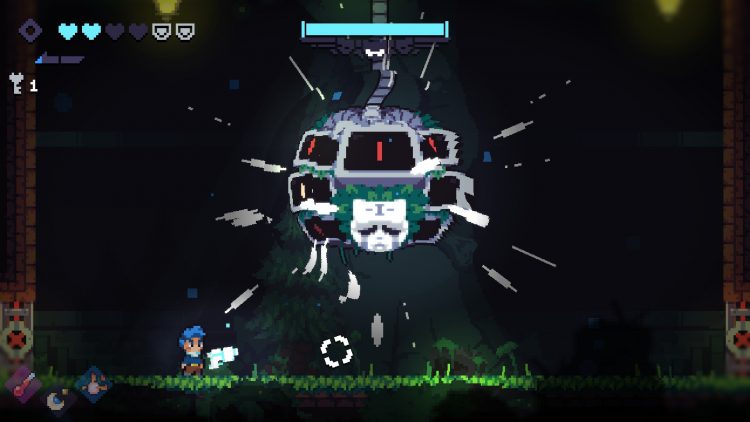