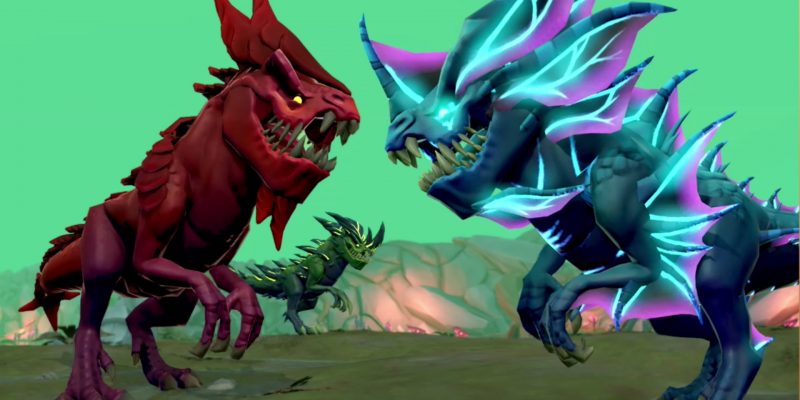 Since Raksha was released in December, most of the RuneScape community probably wasn’t expecting another new boss anytime soon. However, in today’s developer live stream, RuneScape developer Jagex confirmed that the new Rex Matriarch bosses will release on March 8. Inspired by the Dagannoth Kings, Rex Matriarch is made up of three different bosses that each use one-third of the combat triangle.

Unlike the Dagaonnoth Kings, none of the new bosses require the use of a certain combat style. However, each one of the three will have a high defensive resistance against the style they are naturally strong against. This means that Orikalka the melee Rex will be strong against Range, Pthentraken the magic Rex is strong against melee, and Rathis the range Rex is strong against magic. Once they release, you’ll be able to find them deep inside their lair at the Spirit Grove on Anachronia.

As RuneScape bosses go, the Rex Matriarch is not designed to be an overly hard boss. The developers described it as a “mid-level boss,” likely placing it on a similar level to God Wars Dungeon 2. This should make them accessible to players of all skill levels. However, high-level players can choose to kill all three at once for a challenge if they are looking to maximize profit. 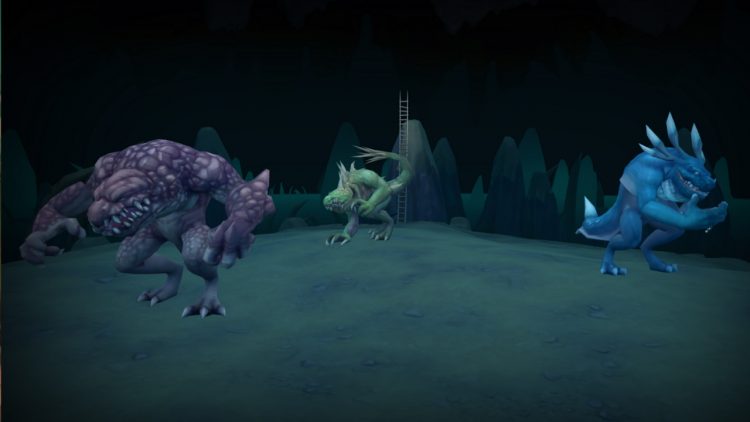 The Dagannoth Kings were released in 2005. Over the years they have become less and less viable. But now the Rex Matriarch should breathe some life back into RuneScape‘s legacy trio due to increased demand for their drops.

Killing any of the Rex Matriarch will count towards any of RuneScape‘s Dinosaur Slayer tasks. Equally, from level 105 combat and up these can be assigned as a Reaper Task from Death himself. Although those with access to the Reaper’s Choice unlock can force them as early as level 60.

All three of RuneScape‘s new Rex Matriarch bosses will have their own unique drop tables and pets. The pets are smaller versions of each boss, and all three are required to obtain the Rex Matriarch drop log completionist title. As for their unique loot, each Rex drops an upgrade item relevant to their combat style. These items can be used on the existing combat rings already dropped by the Dagannoth Kings. 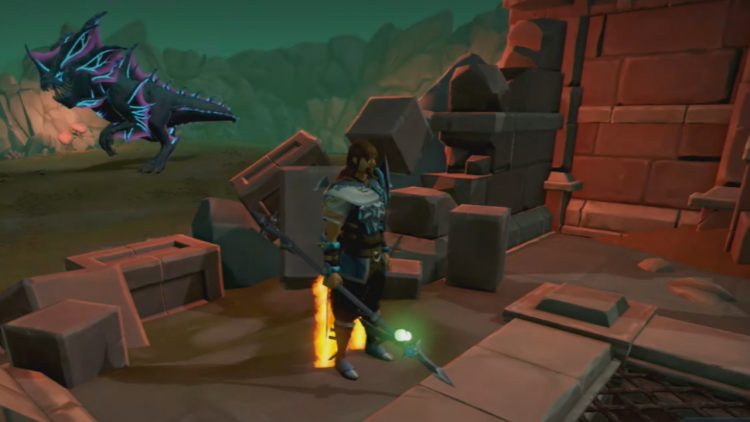 A player holding Laniakea’s Spear with Fintraken, the Magic Rex, in the background.

As well as the specialist rings, there is also a new hybrid ring coming. The Reaver’s Ring provides a 27 bonus to all combat types and increases critical strike chance by 5%. However, it comes with the downside of reducing accuracy by 5% making it a poor choice against high defense enemies.

And if that’s not enough, there’s even a new weapon on the way too. Starting Monday, RuneScape players will be able to kill the Rex Matriarch in order to obtain Laniakea’s Spear. This is the same halberd that the Slayer Master herself used throughout her adventures. It has tier 90 damage but only tier 75 accuracy. Its special effect increases all poison damage by 5% and increases the likelihood of weapon poison hitting your enemy. We do not currently know the exact rarity or odds of any of the Rex Matriarch’s unique drops.