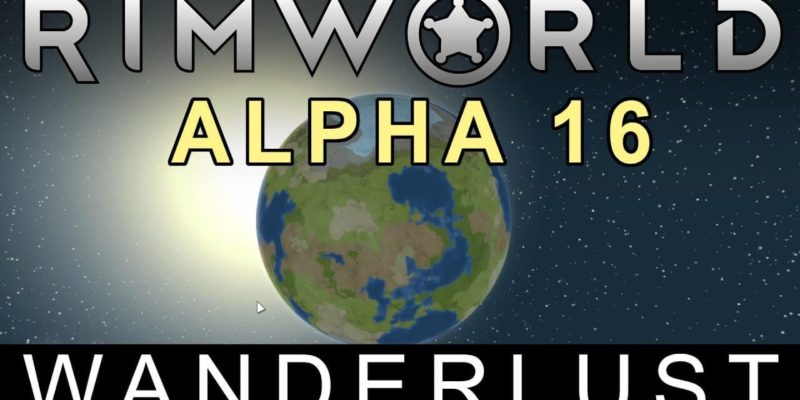 Rather excellent survive-on-a-planet-’em-up RimWorld has just received its Alpha 16 update – titled Wanderlust – and it’s a bit of a big one.

That’s big in terms of the changes it makes rather than the actual file size. The patch itself should only be about 50MB (although a few people are telling me they’re seeing 100MB patches, so maybe I don’t know what I’m talking about), but! It adds in spherical planets, the ability to run multiple local maps at once (so you can have your colony still running while you have a squad attack a raider outpost), the ability to send caravans out across the world map to establish new colonies or attack bases, a new “Travel” victory where someone on the planet can offer you a ride off it if you can travel to them, transport pods for fast long-distance travel… and also a whole host of bug fixes, rebalances, AI and UI improvements, and the like.

You can get a good overview of what’s included in the new RimWorld patch in the video below, or have a look at the full list of changes over here. And if you’re not quite sure what RimWorld actually is, I gave it a go and wrote some words about it back when Alpha 14 was shiny and new.