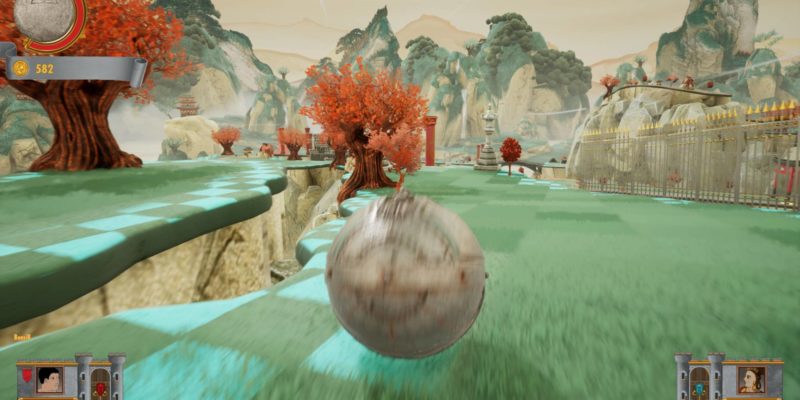 Rock of Ages 3: Make & Break will release on June 2, but I got a chance this weekend to give the boulder-rolling historical romp a try. If you’ve never heard of Rock of Ages before, the concept is simple: you control a boulder as it barrels through a map full of turns, ramps, and jump pads, avoiding plenty of obstacles along the way. All the while, you’re on a journey through time, from ancient Greece to the Renaissance and beyond. 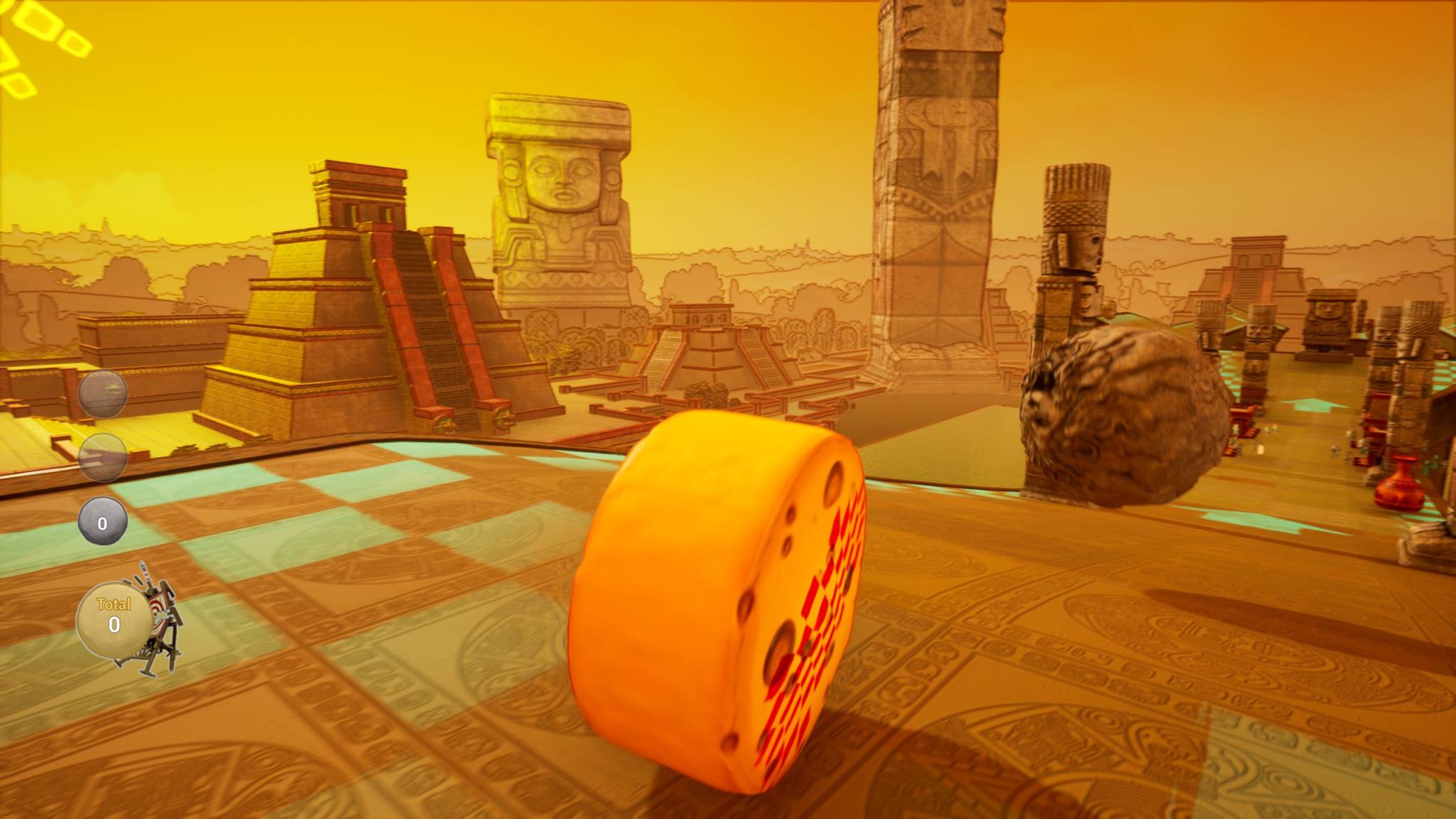 Who wouldn’t want to roll a cheese wheel through a Monty Python-esque Aztec city?

First things first: rolling around in Rock of Ages 3 is really fun. The boulders (and the cheese wheel) have a real sense of weight and momentum. The maps are full of twists and turns, and trying to figure out how to take a tight curve after a massive jump is an exciting challenge. I’m not sure if I’m doing it right, but I found the easiest way to arrest my speed and keep from flying off of a cliff is to slam into some large, indestructible object. I lose my momentum, but I don’t go off the map.

There are also plenty of game modes here to keep players occupied. Time trial replaces your boulder with a bomb, and while it’s easy to beat map before the fuse burns down and you go boom, it’s difficult to get under the necessary time for that gold star. Avalanche is more geared towards players who like tower defense and sees you defend against waves of enemy boulders that want to crush your castle. Obstacle course sees you dodging cows, trebuchets, and launch pads while trying to be the first to the finish line. However, my favorite addition is Skee Ball, which has you crush targets throughout the map before attempting to land in a giant skee ball for a score multiplier. 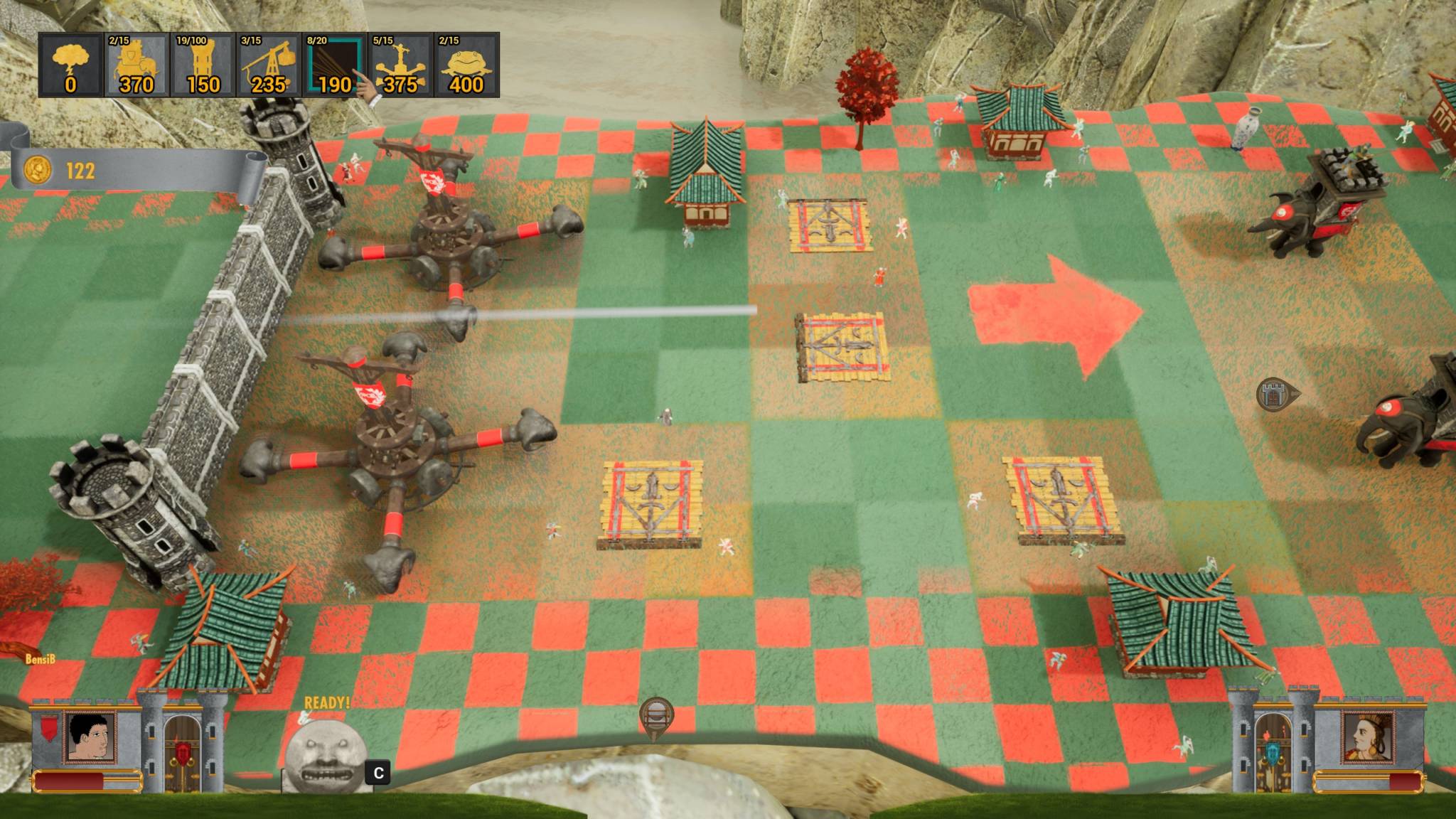 Various traps such as springboards and Wheels of Pain help you defend your castle against enemy boulders.

All the modes are good, though I do have one issue with the tower defense mode. I just didn’t find it quite as fun as navigating a giant rock through an obstacle course, but that may be because of the current AI. As of right now, the computer pathfinding in Rock of Ages 3 often does a poor job. It frequently falls off the map, and it isn’t a challenge to prevent the boulders from hitting your castle. You’ll have the option of going up against other players in maps, of course, but I would like to see the AI fleshed out a bit before release.

One of Rock of Ages 3‘s biggest draws will be its map editor. Developers ACE Team and Giant Monkey Robot actually designed it to be used in-house, and it’s also the first time players will be able to create their own map in the series.

I predict that this will wind up providing fans with some truly crazy maps. Opening a game up to players like this generally does result in some creative additions, after all. I only spent about twenty minutes playing around with the editor, creating a simple map with a ramp at the end. It’s remarkably easy to use. 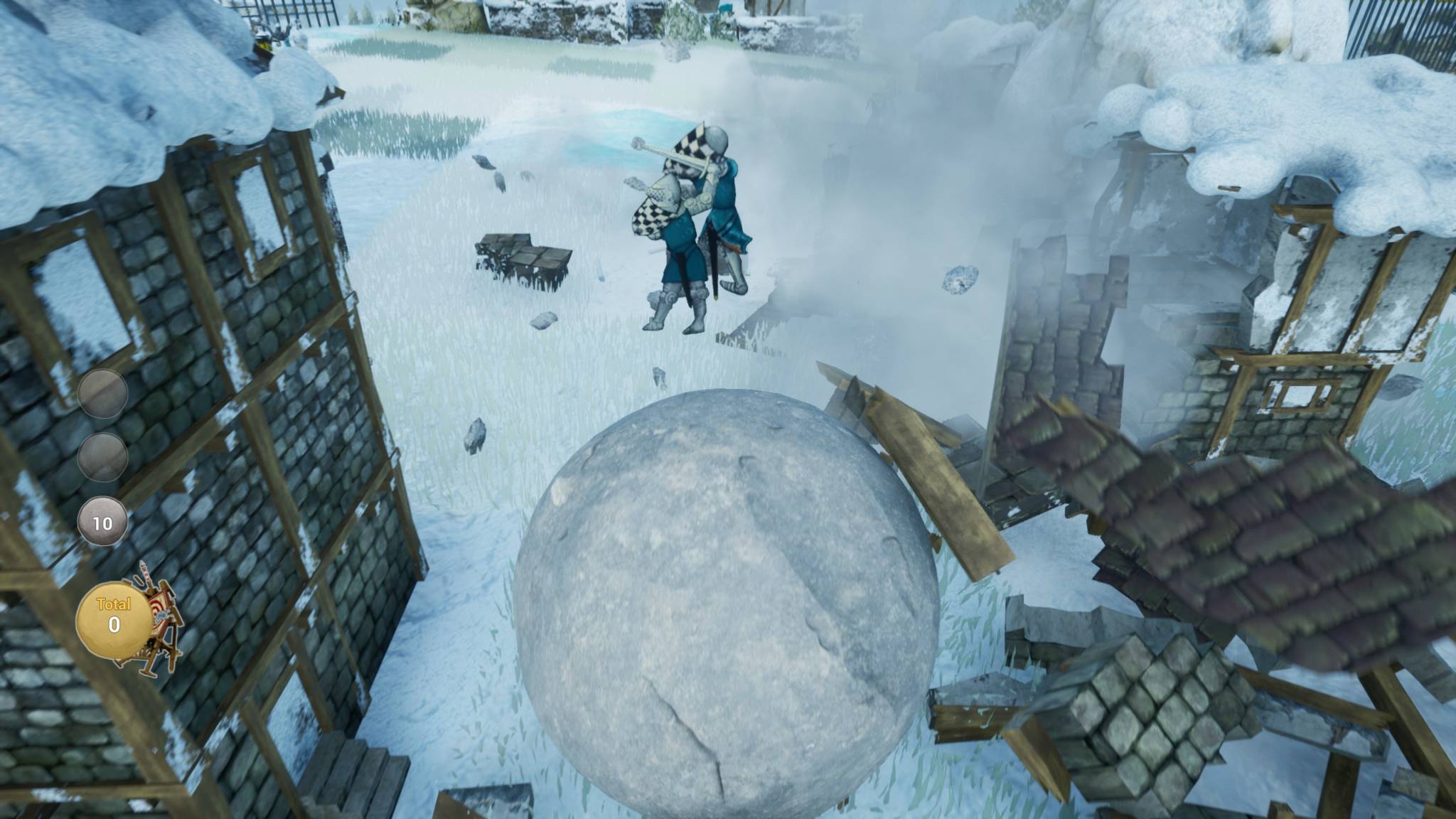 Misjudging your speed and crashing into poor spectators is half the fun.

Overall, I had a fun time with Rock of Ages 3: Make & Break. Rolling through the levels is delightful, especially with the frenetic soundtrack composed by music producer Patricio Meneses, which tackles music from cultures all around the world and puts its own spin on things. The rolling and breaking itself is great fun. However, during the tower defense section, I just wanted to get back to smashing things with a giant rock. I’m not entirely sure if that’s a testament to how fun rolling around as a rock is, or if it’s an indictment against the tower defense.

Let’s wait and see on June 2, when Rock of Ages 3 makes its way to Steam.