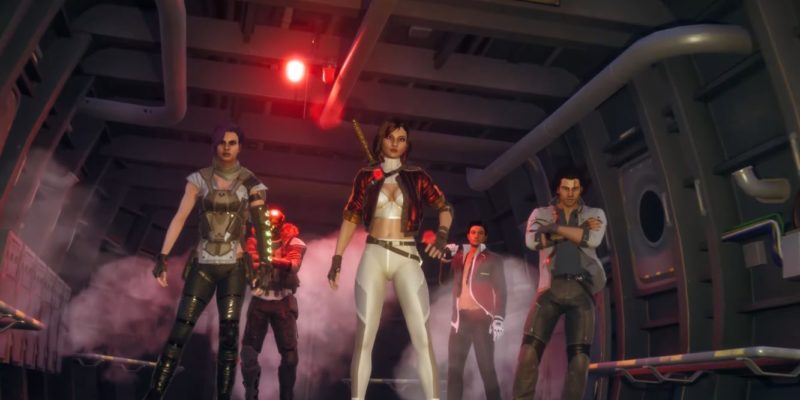 The competitive shooter genre grows a little more, as Rogue Company launches into closed beta starting today. Those who buy into the beta should have plenty of friends and/or targets. Rogue Company, after all, boasts its cross-play feature, which means PC players will be able to shoot it out with their console brethren. There may be some complaints.

Really though, I am certainly curious to see how cross-play works out for the game. After all, there are now a handful of cross-play games out there — including Rocket League and some fighters. However, you don’t see it often with shooters. Sure, Fortnite allows you to fight against opponents on other platforms, but Rogue Company isn’t a battle royale. The game favors high-accuracy aiming, something that controllers often struggle with.

Rogue Company is a third-person game, so maybe I’m putting too much thought into it. I suppose we’ll soon know how well it all works soon enough. Players across all platforms (yes, including the Switch), can now try out the feature in the closed beta starting today. Check out some gameplay below to see what’s to come:

Rogue company, ’til the day I die

Gameplay wise, Rogue Company certainly wears its influences on its sleeves. While it sports “heroes” (or otherwise, if we’re being honest), it’s not technically a hero shooter. The fancies itself after gritty, realistic games like Counter Strike, but with a sassy flare. Players choose unique, personable mercs with specific roles: offense, defense, and support.

But even though its roster appears to be filled with “heroes,” a la the hero shooter, Rogue Company leans on planning and tactics. (Sorry, Genji mains, you can’t hit “Q” to win.) Each hero has their own ability to use during matches. Scorch, for example, lives up to her name as an offense character. With the press of a button, she fires flaming bullets to immolate her enemies. Saint, however, can support his team with a drone that picks up downed allies.

This is a closed beta, so the best way in is through the purchase of Founder’s Packs. The cheapest in the lineup is $14.99 USD for the starter pack. Following that are the Standard and Ultimate packs, going for $29.99 USD and $59.99 USD respectively. Check out the official page for more.

Call of Duty 2020 campaign, zombies, and multiplayer details dug up by data miners