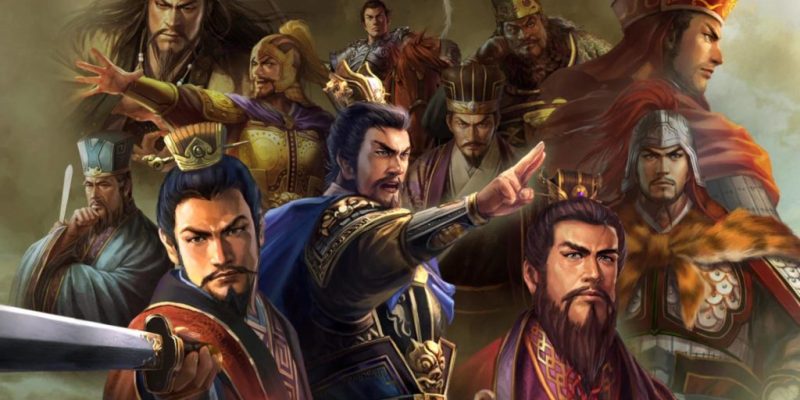 The “Gathering of Heroes” scenario in Romance of the Three Kingdoms XIV (RTK 14), previously known as “Rise of Heroes,” is a campaign where all the officers and rulers are alive at the same time. China becomes a free-for-all battleground. The brilliant strategist Zhuge Liang can face off against the mighty Lu Bu, and the ambitious Yuan Shu could battle the chubby Meng Huo. Here’s our mini-guide on how to unlock this scenario. 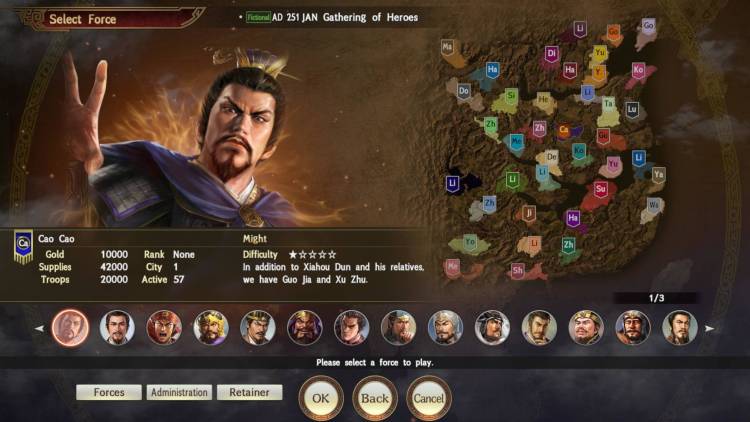 Romance of the Three Kingdoms XIV: Gathering of Heroes

In previous Romance of the Three Kingdoms titles, the “Rise of Heroes” or “Gathering of Heroes” scenario can only be unlocked after finishing at least one of the default campaigns. That requirement hasn’t changed in Romance of the Three Kingdoms XIV. One important factor to take note of, however, is that you can only select one ruler. Gone are the days when you could pick multiple leaders so you can have each one surrender manually.

Although Romance of the Three Kingdoms XIV has several scenarios for you to choose from, the “Yellow Turban Rebellion” is the easiest. This conflict between the Han Dynasty’s lords and the Yellow Turbans led by Zhang Jiao will lead to the fastest completion time. 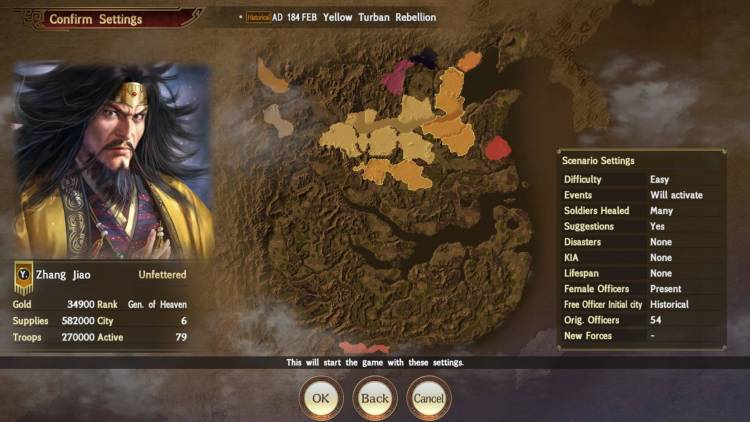 Select Zhang Jiao’s faction and you’ll see that he’s got countless troops, double that of his main rival He Jin. What Zhang Jiao lacks, though, are competent officers, but we could remedy that.

If you downloaded the “Ancient Officers” free DLC as well as anime tie-ins such as the “Atelier Ryza” pack, you can assign all these original officers to Zhang Jiao’s faction. Likewise, make sure the game’s set to easy to speed things up. 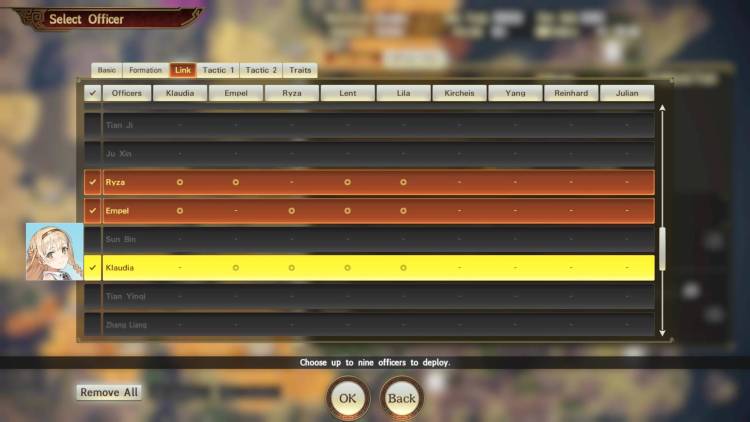 Anime characters also have pre-built bonds, which means they can trigger tactics when close to one another on the campaign map. This should make battles quite a breeze. 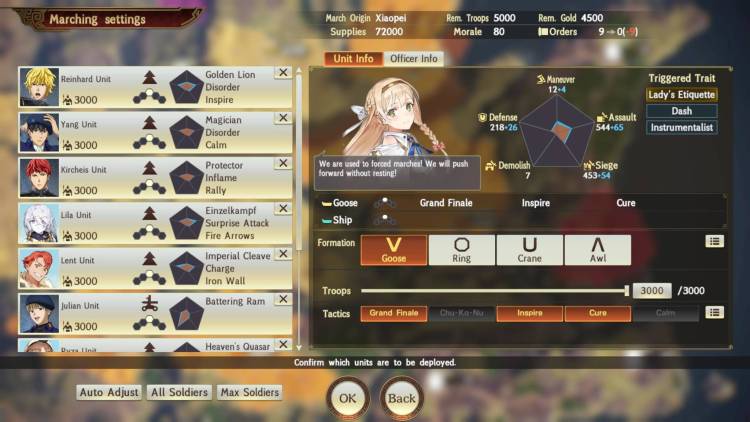 Romance of the Three Kingdoms XIV is available via Steam. For more information, check out our guides and features hub.