Ron Gilbert joined Double Fine Productions in September 2010, taking the position of “official Ron Gilbert” and reuniting with old-time Lucasarts friend Tim Schafer. While there, he co-developed and released The Cave, a project he’d had rattling around in his head since his earliest days in videogames.

With that complete, however, Gilbert feels it’s time to move on. Writing on his Grumpy Gamer blog, he says:

Now that The Cave is done and unleashed on an unsuspecting world (ok, we did do a bunch of PR, so it wasn’t exactly unsuspecting), it’s time for me to move on from Double Fine and plot my next move.

So many games left to be designed.

I want to thank all the amazing people at Double Fine for all their hard work on The Cave.  It was a true pleasure to work with every one of them over the past two years.  So much fun.  I will miss them all.  And of course to Tim for creating the opportunity to come there and make The Cave.

He (obviously) intends to stay in the game-making trade, and apparently plans to work on an iOS game called Scurvy Scallywags In The Voyage To Discover The Ultimate Sea Shanty: A Musical Match-3 Pirate RPG.

That’s hopefully a real title and not an elaborate practical joke. 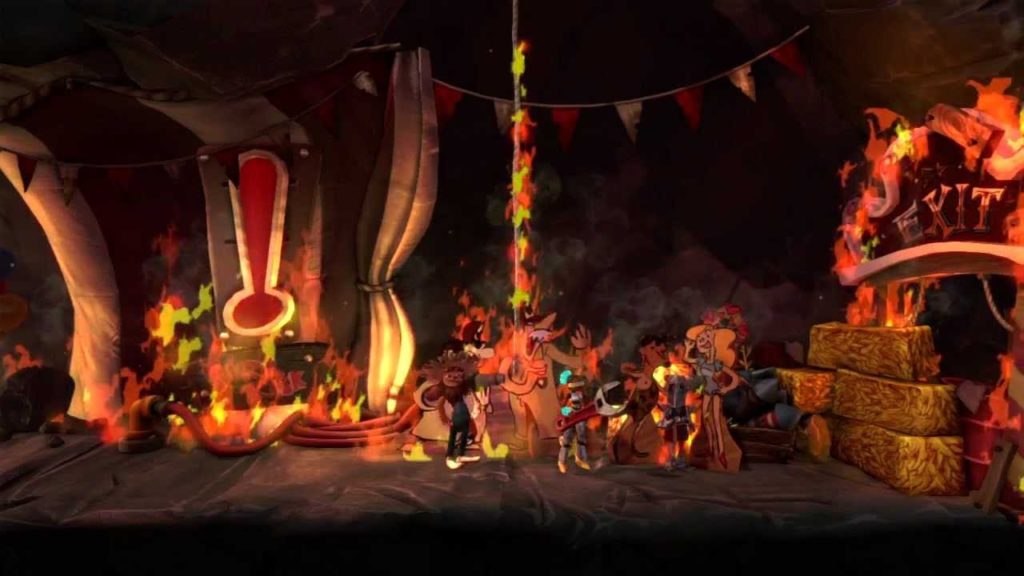 Ron Gilbert's The Cave emerges into the light next week

The Cave pre-orders live on Steam

A Cave's Story: The Cave introduces its characters

Should developers worry about audience expectation?