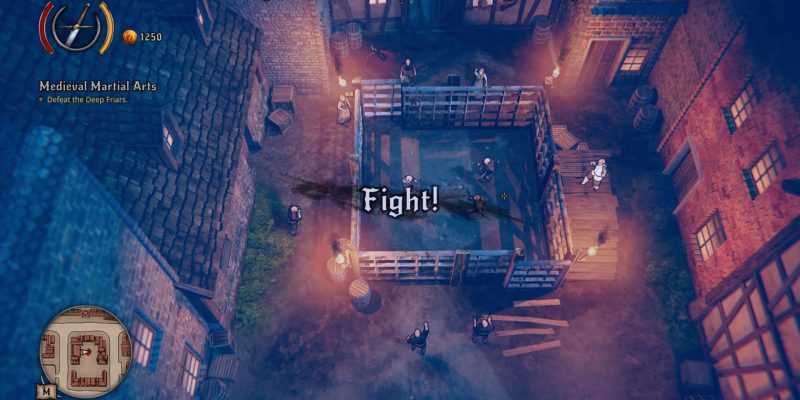 Who knew that the medieval era could be so edgy? Rustler (aka Grand Theft Horse) just hit Early Access today and looks to take everything that you knew about the Knights of the Round Table and turn it on its proverbial head. Littered with more unnecessary obscenity than an episode of Entourage, the game revolves around a single train wreck of a human being as he attempts to make something out of his sorry excuse for a life. And trust me when I say that he’s got some serious work to do.

You know Rustler means business when the pre-game cinematic rolls and it’s an actual FMV video. I legitimately can’t remember the last time I experienced this in a game. Maybe it was Mark Hammil in Wing Commander? Anyway, the video is amusing enough and does a great job establishing both the setting, as well as the title’s tongue-in-cheek humor. After all, what would an era-shifted GTA clone be without a bit of self-mockery here and there?

Let’s just call a spade a spade and cop to the extremely similar structure between Rustler and the early entries in the GTA franchise. Approach an NPC. Pick up a quest. Complete said quest. Find next quest. Wash, rinse, and repeat. Only, this time around, random dick puns often punctuate every step in that process. Along the way, our protagonist (which still remains unnamed at the time of publication) will find himself traversing the world using the title’s ass-tastic controls.

To call the controls bad would be an understatement on the same level as calling the Pacific Ocean a puddle. Despite the camera perspective never changing, there are two separate sets of controls for when on foot or horseback, respectively. Further muddying the waters is the equine-mounted locomotion, which for some reason utilizes everyone’s favorite scheme: TANK CONTROLS! Why these need to differ from standard walking seems a bit odd to me, but it just seemed like an additional layer of unneeded complexity. The combat controls are the worst of the bunch, but I’ll get to those a bit later. 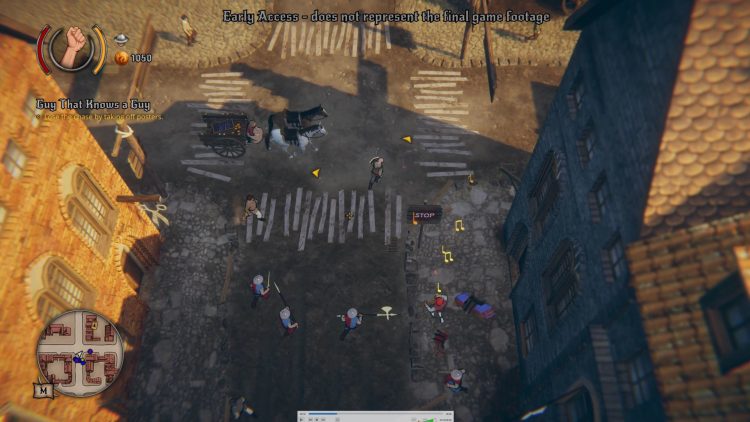 I think I can safely say that Rustler at least attempts to be edgy. That said, it does feel like the development team might be trying a bit too hard to drive that point home. I mean, there are obscenities spray-painted on the side of castles for crying out loud! I can see what the development team is going for, but it just feels like middle-aged adults trying to be hip. It probably doesn’t help matters much that when characters talk, they are rarely voiced. In most cases, dialog boxes accompany blabbering voices spewing the sort of nonsense sounds that can only be described as “aggressively drunken simlish.”

Before I start to really rip into things, it’s very important to point out that this is an Early Access game. Bugs happen. They are to be expected. However, when ass-backward design choices are being made, that is where I take issue. No mission checkpointing? Insta-fail objectives that are undocumented? Unskippable cinematics? Rustler’s trifecta of terrible decisions can quickly derail an otherwise promising playthrough. Additionally, as far as I could tell, there was only one way to lower your wanted rating: spray painting your horse to look differently. Call me crazy, but I think they may be taking that homage to Grand Theft Auto a bit too literally. 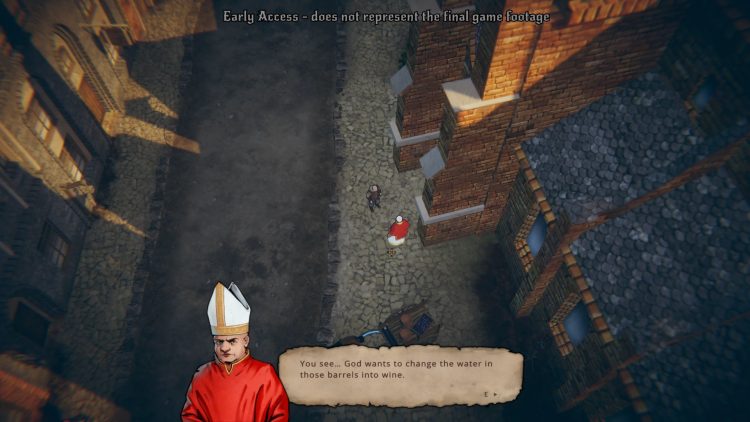 The last, and most significant issue, is the combat controls. To put it bluntly, they are clunky, even under the best scenarios. All it takes is a single misguided click on a character model and your avatar will jump into aggressively unintended action. Honestly, unless the enemy was stationary and didn’t know a strike (from swords, fists, crossbows, or otherwise) was coming, I couldn’t hit them to save my life. It felt like there was an incredibly small hitbox that was nigh impossible to find once both combatants were in full motion. Remember that scene in Dumb and Dumber where Harry and Lloyd attempt to high-five, only to miss each other’s hands entirely, nearly eating shit and falling on their faces in the process? Replace hands with swords and you have a pretty good idea of what awaits you in the arena.

To make a long story much shorter, despite my barrage of complaints, I am still genuinely intrigued with the concept of Rustler. The sense of humor appeals to my inner teen and the subject matter is ripe for lampoonery. I genuinely want the game to be good. However, a collection of curious design choices and malfunctioning mechanics make this difficult to recommend at this time, even if it’s only in Early Access. Thankfully, a decent portion of these issues can be ironed out while the game is still in active development. It has all of the building blocks to be worth keeping an eye on in the future, just not right this second.

By Kevin Carignan14 hours ago
Previews