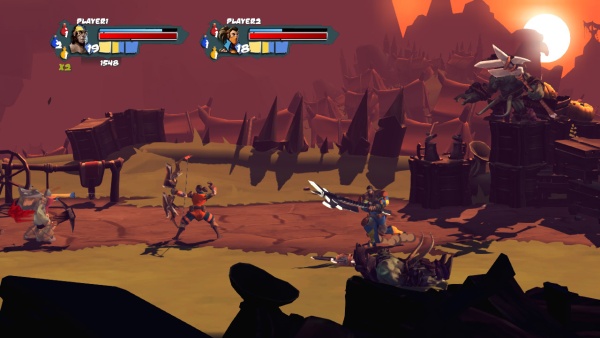 Word of a new title in the Sacred series emerged today, but it was not (as some had expected) confirmation of a release date for Sacred 3. Instead, publisher Deep Silver revealed Sacred Citadel, a spin-off side-scroller set in the Sacred universe. Due in 2013 on PC, Xbox Live and PlayStation Network, it may well hold some appeal for those who miss Golden Axe or who’ve played Castle Crashers to death.

It’s being developed by Southend Interactive (ilomilo) as Ascaron, the developers of Sacred 2, haven’t really existed since 2009. Deep Silver picked up the Sacred license when Ascaron went under.

Meanwhile, Sacred 3 is still in development (though it’s unclear which team is handling this) and a recent Facebook post urges fans to “stay tuned” for more news about it.

You can watch the debut trailer for Sacred Citadel below.

Simultaneous multiplayer patched in to SSX